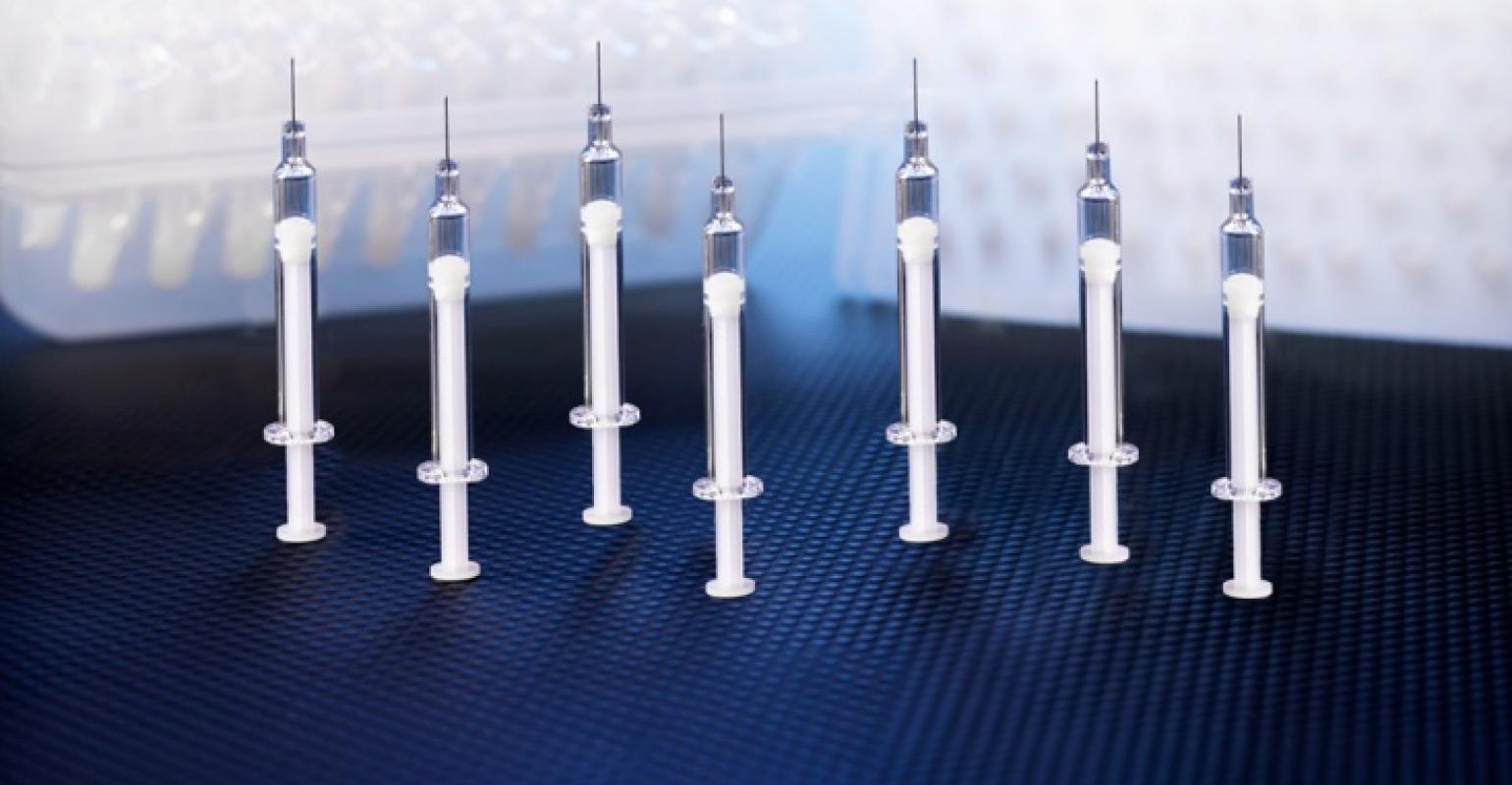 West Pharmaceutical Services (Lionville, PA) is adding significant cleanroom capacity by mid-summer in Scottsdale, AZ in a move that presages even more manufacturing capacity to meet demand for a recently developed syringe made from cyclic olefin polymer.

West Pharmaceutical Services (Lionville, PA) is adding significant cleanroom capacity by mid-summer in Scottsdale, AZ in a move that presages even more manufacturing capacity to meet demand for a recently developed syringe made from cyclic olefin polymer.

Daikyo Seiko manufactures Crystal Zenith luer lock syringes and vials in Japan. West will manufacture 1-ml-long insert needle syringes from the Daikyo polymer in Scottsdale. West Pharma is also currently upgrading an ISO 8 assembly room in Scottsdale to ISO 7 criteria, a process that will also be completed by the end of the second quarter.

"Long-term, we are planning additional expansions at facilities in the United States and Europe," said Paproski. "We will invest in manufacturing capacity to augment what will be available in Scottsdale. The timing of these capacity investments is heavily dependent on our customers adopting CZ prefillable syringes for their products."

Paproski also said that West Pharma anticipates new capacity requirements to make CZ vials and cartridges used for injectable drug products. "A significant opportunity exists for delivery of large-volume pharmaceuticals to satisfy unmet needs in the marketplace." The luer lock version of the Daikyo CZ syringe system was introduced previously, along with several sizes of sterile vials. Additional sizes of vials continue to be introduced.

The Daikyo CZ 1-ml-long insert needle syringe system is the market's first syringe system without silicone oil lubrication. Insert molding of the needle eliminates the use of adhesive. The company says that silicone oil can cause protein aggregation. Use of Daikyo Flurotec barrier film on the drug contact surfaces provides lubricity, so there is no need for silicone oil. The film also provides a barrier against organic and inorganic extractables.

The syringe barrel is manufactured from Daikyo's proprietary Crystal Zenith, a cyclic olefin polymer that can be autoclaved at 121ºC and is said to have very good low-temperature characteristics.

Daikyo and West worked together to develop a packaging system that is appropriate for introducing the sterile pistons and syringe barrels directly into aseptic and barrier isolator filling lines as ready-to-use system components.

West has also been working with contract manufacturer Vetter (Ravensburg, Germany) to optimize the syringe system for its filling capabilities and requirements. Vetter specializes in the aseptic filling of drug-delivery systems.

Investments to support the optimization processes are being made at Vetter's facilities in Germany and at its new Chicago plant. Capabilities will initially exist for early-phase clinical filling in Germany. Options for commercial-scale filling will be available.

West Pharma is projecting total global sales growth of 4% to 7% in 2012, excluding currency fluctuations, and feels that that the Daikyo syringe system will play an important role.

A significant part of West Pharma's increased capital spending in 2011 ($24.7 million) was related to the expansion in capacity for manufacturing Daikyo Crystal Zenith syringes in Scottsdale. West Pharma acquired an injection molding presence in Scottsdale when it bought The Tech Group in 2005. The Tech Group operates more than 400 injection molding machines at 10 locations, including Ireland.