A plastic bag ban took effect in Austin, TX on March 1, which was welcomed with a lawsuit by the Texas Retailers Association saying that the ban violates state law. Portland, ME is looking for ways to reduce plastic bags, whether it's a ban or a fee.

A plastic bag ban took effect in Austin, TX on March 1, which was welcomed with a lawsuit by the Texas Retailers Association saying that the ban violates state law.

Portland, ME is looking for ways to reduce plastic bags, whether it's a ban or a fee.

Plastic bag bans and taxes aren't going away anytime soon. But something that is lost in the debate between bans, taxes and consumer choice at the checkout, is the fact that plastic shopping bags are fully recyclable, when disposed of properly. In some cases, recycled plastic bags are used for purposes that have nothing to do with the creation of new shopping bags. 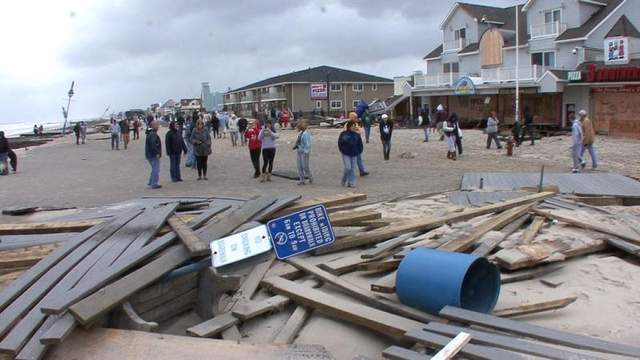 For instance, Trex Co., a Virginia based manufacturer of wood-alternative decking and railing products, will provide materials to help rebuild boardwalks at four East Coast beaches that were damaged by Hurricane Sandy.

Trex materials are being used to reconstruct a 1.3-mile boardwalk at Belmar, NJ, in addition, the company's materials will be used at Atlantic Beach, NY and at Point Pleasant Beach and Sea Girt in NJ. In total, more than 125 miles - or 334,000 sq-ft - of Trex decking will be installed on beaches and in resorts along the East Coast. The decking is comprised of 95% recycled content and Trex touts that unlike wood, the company's boarding will not warp, crack or splinter and requires no sanding, staining or painting.

"It's extremely important to both the economies and collective psyche of these communities that their boardwalks are back in time for summer, and we're proud to play a role in the rebuilding efforts," Ronald W. Kaplan, chairman, president and CEO of Trex, said in a news release. "Trex decking will stand up to both the elements and heavy foot traffic for years to come - while being a truly environmentally-friendly choice."

Trex turns millions of pounds of recycled and reclaimed plastic and waste wood each year into its products. Most of these raw materials come from recovered plastic grocery bags, plastic film, and waste wood fiber. 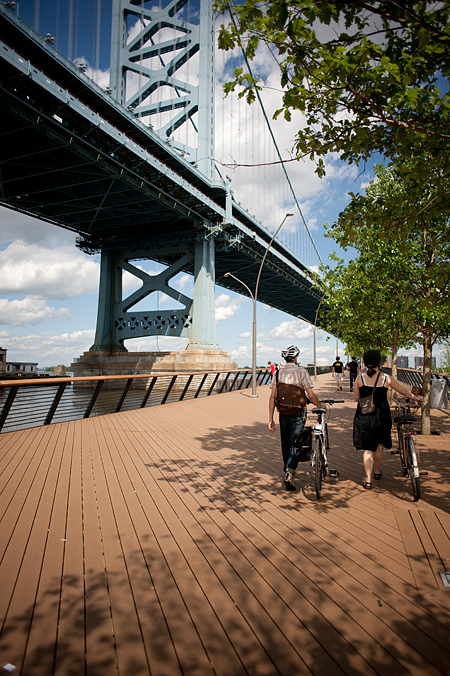 Trex purchases about 300 million lb of used polyethylene and recycles over 1.3 billion grocery bags annually from stores such as Walmart, Target and other big retailers.

Retailers are all too happy to have consumers recycle plastic bags. A Target spokesperson told me that in 2010, Target unveiled recycling kiosks in each of its stores, giving customers a way to recycle many items, including plastic bags, right in their local store. Supermarket chain Kroger has a plastic recycling program where plastic bags, dry-cleaning bags and plastic shrink-wrap can be recycled in all stores. This program resulted in 26 million lb of plastic being recycled from stores and distribution centers in 2010.

In fact, the recycling of plastic film, which includes plastic bags and wraps, reached a record high of nearly 972 million lb in 2010, according to a report from Moore Recycling Associates conducted on behalf of the American Chemistry Council.

This represents an increase of more than 117 million lb, or 14%, over 2009 and an increase of 50% since 2005, when Moore Recycling began tracking this category of plastics recycling. Over the past five years, the recycling of plastic film grew seven times faster than recycling overall, according to data from EPA.

ACC attributes the recent uptick in plastics film recycling to a combination of increased access to collection points via grocery and retail chains, better labeling on bags, and a rise in consumer awareness.

So recycling is a obviously a good thing for the environment, but it's important to keep in mind that companies like Trex rely on recycled plastic shopping bags to create a new product. Imagine how much more supply it could have if the amount of plastic bags that are recycled suddenly doubles. Now also think about the impact it would have on the company if plastic bags were suddenly outlawed across the country, and the world.

The emphasis on the recycling of plastic into raw materials can perhaps raise awareness on both the importance of recycling plastic bags and highlight that these bags can really serve another purpose than just being a shopping bag. After all, those boardwalks made with recycled plastic bags are designed for the entire public to enjoy - even those who want plastic bags banned.