There was no lack of industrial scrap, in addition to packaging and other post-consumer waste, at NPE2012. In fact, the reusable scrap generated in just one day by equipment operating on the exhibit floor amounted to tens of thousands of pounds.

There was no lack of industrial scrap, in addition to packaging and other post-consumer waste, at NPE2012. In fact, the reusable scrap generated in just one day by equipment operating on the exhibit floor amounted to tens of thousands of pounds.

However, other than food, none of it ended up in landfills, according to the Orange County Convention Center (OCCC) and SPI: The Plastics Industry Trade Association, which produces the triennial NPE.

Final figures provided to SPI by Maine Plastics, the official recycler for NPE2012, indicate that the production scrap generated by machinery operated on the show floor by 56 exhibitors participating in the "NPE Recycles" program amounted to 260,208 lb. (118 metric tons). This was more than double the 125,040-lb. (57-ton) total for NPE2009, where 45 exhibitors participated. 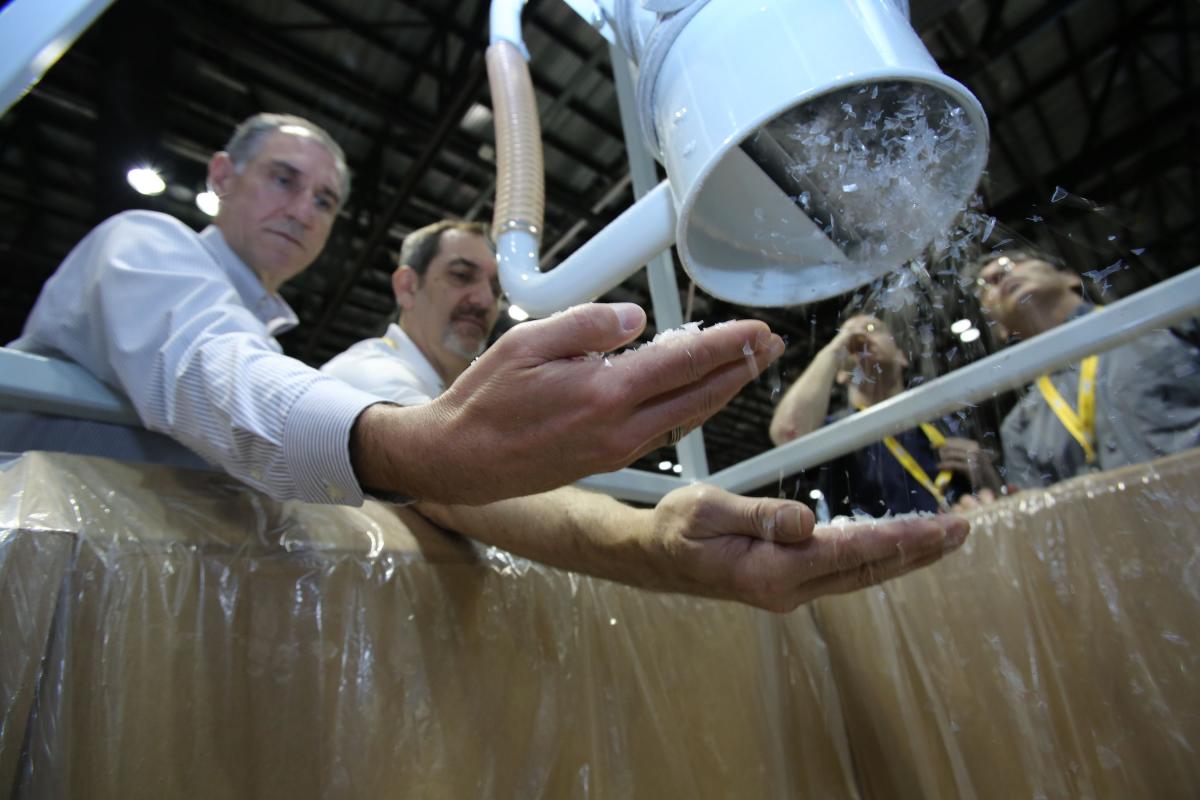 Maine Plastics was in charge of collection, separation, transportation, and reprocessing of production-line scrap, as well as other waste such as the PET bottles left behind by more than 60,000 visitors.

NPE week also generated large quantities of post-consumer solid waste, about 908,620 lb. (413 metric tons), according to the OCCC. All of this was recycled except for 157,700 lb. (72 tons) of food waste, which went to landfills.

In addition to more participants and recycling more scrap than in 2009, the recycling program collected 67% more scrap on a per-exhibitor basis.

"Individual exhibitors generated more scrap during NPE2012 than in 2009, chiefly because they had more machines 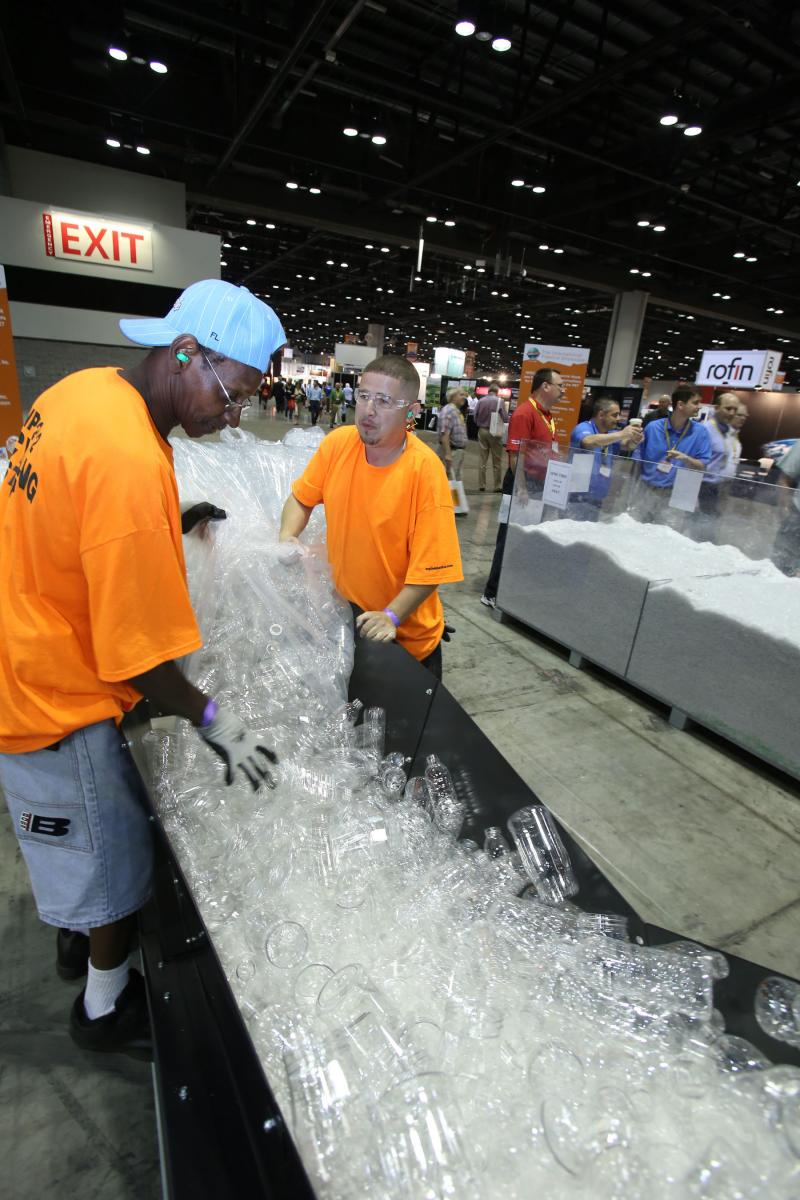 Before NPE2012, Gene Sanders SPI's senior vice president of trade shows and conferences, talked with PlasticsToday about the recycling initiatives for the plastics exposition.

"When you're running equipment in your booth, what do you do with all that stuff? Think about Lucy in the chocolate factory, right? You have to get it out of the booth," he said.

As an effort to educate about the recycling of PET, SPI organized a PET recycling demonstration and exhibit on the show floor.

Sanders said the PET recycling demonstration was designed to showcase some of the products that are made from these flakes, such as packaging, clothing, building materials, banding, and shipping materials.

"So it's sort of a nice way for, not only for the plastics industry, but also just in general, for people to be aware that some good can come of the recycling of these bottles, and what they can do with it," he said.