Could China’s ban on scrap plastics have a silver lining for U.S. plastics industry? 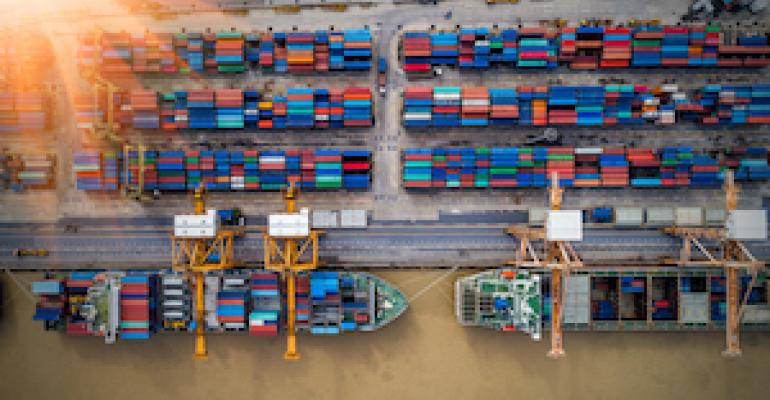 The Institute of Scrap Recycling Industries (Washington, DC) claims that the ban could threaten tens of thousands of U.S. jobs. What if, instead, it created an opportunity to reshore an industry?

China notified the World Trade Organization yesterday that it intends to ban the import of certain scrap materials by the end of the year. Among the items on the list are most scrap plastics, including polymers of ethylene, styrene, vinyl chloride and PET, according to a release from the Institute of Scrap Recycling Industries (ISRI; Washington, DC).

ISRI notified the Office of the United States Trade Representative and the U.S. Department of Commerce of “the devastating impact such a ban will have on the global recycling industry,” said ISRI President Robin Wiener in a statement. The ban also includes “mixed paper and slags and drosses,” and there’s word that China is “considering additional notifications in the future on other scrap materials.”

Much of the plastic scrap that was exported to China, particularly PET, was reground and reprocessed and then shipped back to the United States as RPET. Thermoformers especially saw a big demand for RPET, but the problem was that RPET was getting as expensive as virgin PET. This topic came up with various materials suppliers I spoke with a couple of years ago at an SPE thermoforming conference.

RPET is far from being “green,” given the extensively long supply chain and shipping methods. To wit:

No wonder RPET was nearly as costly as virgin PET! And just imagine the carbon footprint!

“With more than $5.6 billion in scrap commodities exported from the United States to China last year alone, the trade in specification-grade commodities—metals, paper and plastics—between the United States and China is of critical importance to the health and success of the U.S. recycling industry,” said Wiener. "If implemented, a ban on scrap imports will result in the loss of tens of thousands of jobs and closure of many recycling businesses throughout the United States.”

Wiener stated that there are “155,000 direct jobs supported by the U.S. industry’s export activities, [with workers] earning an average wage of almost $76,000 and contributing more than $3 billion to federal, state and local taxes. A ban on imports of scrap commodities into China would be catastrophic to the recycling industry.”

Or not. Just maybe China is giving us a golden opportunity to “reshore” this industry. After all, isn’t the goal to bring back more manufacturing to the United States and create more jobs for U.S. workers, reduce costs, improve quality, shorten the supply chain and have a more sustainable carbon footprint? A ban by China on plastic scrap is the answer to all of these objectives. China’s ban on scrap plastics could revive an industry, provide lots of new jobs and be good for the planet!

Instead of complaining to the Feds and whining about China banning our scrap plastic, let’s take advantage of this tremendous opportunity. That’s the American way! After all, one person’s trash is another person’s treasure: This could be just what America—and the plastics industry—needs!