Recycling is big business, but is it profitable? 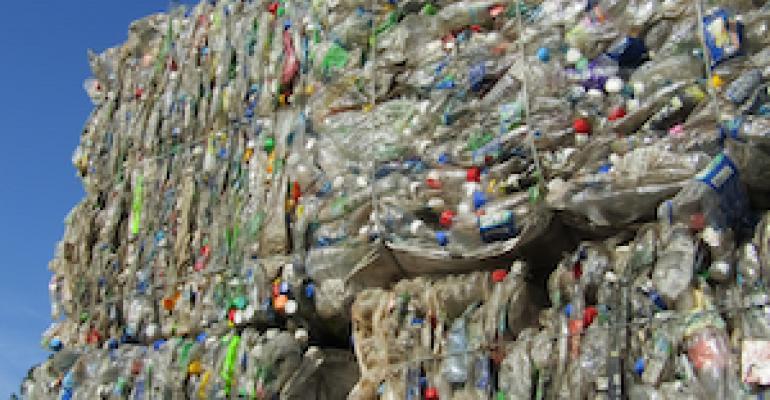 Sorting the various types of plastics is a huge—and costly—job. If the money isn’t there to make the recycled plastic worth the effort, it will go to the landfill.

The news doesn’t appear to be good for the recycling industry. The front page of the Business & Finance section of the May 14, 2018, issue of the Wall Street Journal carried the headline, “Recycling Firms Hit by Crushing Economics,” and wrote in a sub-headline, “plunging prices for scrap paper, plastics prompt cities to send some items to landfills.”

The WSJ article by Bob Tita quoted James Warner, CEO of the Solid Waste Management Authority in Lancaster County, PA: “Recycling as we know it isn’t working.” Lancaster County, noted the article, “may limit the recyclable items collected from [its] 500,000 residents to those that have retained some value, such as cans and corrugated cardboard. He said mixed plastic isn’t worth processing.”

That’s not the first time I’ve heard someone in the recycling industry say something to this effect. One person, whose name I’m not at liberty to disclose, told me that I’d be surprised at the amount of plastic that actually goes to the landfill because it’s unsuitable for recycling. That’s not a very politically correct thing to say and perhaps it’s the recycling industry’s “dirty little secret.”

As I learned a number of years ago, recyclers want clean recyclates when dealing with plastics. Unfortunately, much of the post-consumer plastic recyclate is dirty and filled with debris. That was one of the reasons China gave for refusing to accept bales of plastic recyclate from the U.S.

Sorting the various types of plastics by hand alone is a huge—and costly—job, and if the money isn’t there to make the recycled plastic worth the effort, it will go to the landfill. The photo illustrating the WSJ article showed four people—two on each side of a conveyor belt—with large containers for waste by their side sorting the commingled scrap: Paper, plastics and metal. That’s the way it’s done, I would imagine, at most commingled scrap recycling facilities.

Entrepreneurs have long worked on inventing a way to make the recycling of the various plastic types economically feasible. One idea I was invited to view at the home of a Phoenix inventor back in the 1990s was certainly novel. Because plastics have varying melt temperatures depending on type, this guy had built a small prototype conveyor with multiple levels. Heating units under the conveyor belt of each level were set to different temperatures to “attract” the specific plastic that melted at that temperature. The pieces of plastic would then stick to the conveyor belt and be automatically sorted into different containers at the end of the line. I honestly could not see how this could be done on any large-scale operation. The effort that it would take to build this contraption along with the electricity to run it would make it less than a good solution. Needless to say, this idea never got off the ground.

Sorting is costly; careful sorting and cleaning of plastics that contain food remnants, labels and other debris to get the quality of plastics needed for reprocessing into pellets is even more costly. With the price of recycled plastics declining, recycling is becoming a less profitable business.

For example, one recycling company in the WSJ article, Pacific Rim Recycling in Benicia, CA, at first slowed its operations early this year in order to “meet China’s new standard” but the “more intensive sorting process takes too long to process the scrap profitably,” said the article. In February the plant idled and laid off 40 of its 45 employees. Steve Moore, Pacific Rim’s President, told the WSJ, “The cost is impossible. We can’t make money at it. We quit accepting stuff.”

With the pressure still on to make landfills a thing of the past, and all the challenges and environmental consequences of the long and not-so-environmentally friendly process of collecting, sorting, cleaning, bailing, shipping, reprocessing and repelletizing, there must be a better way. Waste-to-energy perhaps?

Many large cities are being forced to reconsider what they charge residents for “collection” of trash and recyclable materials. For example, the WSJ article noted that Lancaster County recently “more than doubled the charge that residential trash collectors must pay to deposit recyclables at its transfer station. The higher cost is expected to be passed on to residents through a 3% increase in the fees that haulers charge households for trash collection and disposal.” That increase in fees,  in turn, will help “offset a $40-a-ton fee that the waste-management authority will start paying this summer to a company to process the county’s recyclables.”

Let’s face it recycling isn’t an easy—nor the greenest—answer when you get right down to it. It takes a lot of effort, energy and many steps to get recyclable materials from the consumer to a processor who can use recycled material regrind in the products being molded for a customer who wants recycled plastics as part of his brand.

Recycling has been great for the paper and corrugated industry. While it still takes a number of resources (including fossil fuels and water) to collect and reprocess paper, that commodity is not nearly as labor intensive as plastics. With the value of post-consumer plastic scrap being mostly in the BTUs that plastic can deliver in the form of energy, it makes little sense to recycle most plastic. PET, which seems to be the most widely recycled material with the most benefits, will likely end up being the best bet for recyclers and reprocessors that need to be profitable.

For a different take on the profitability of recycling, read this companion piece: "Unraveling the economics of plastics recycling."