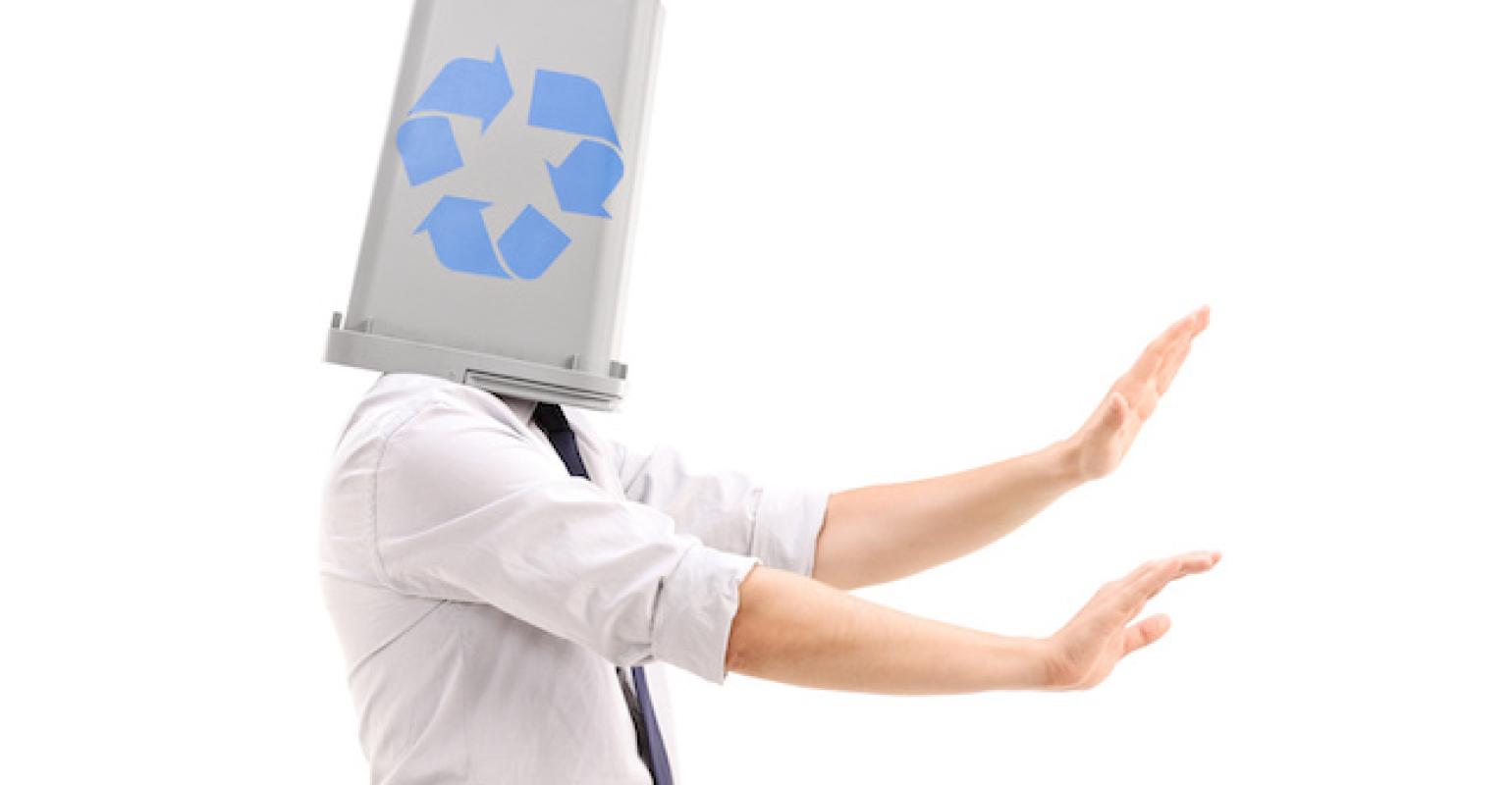 Consumer confusion over what is and is not recyclable is one of the top reasons why trash still ends up in recycling bins, and valuable recyclables end up in the trash, according to Keefe Harrison, CEO of The Recycling Partnership (Falls Church, VA).

Recycling has long been the best option for plastic waste, but even that has its problems, including a lack of consumer education in what and how to recycle plastics. With all those numbers—and sometimes no numbers—it leaves people wondering how to be “green.” Many just give up and throw things into the curbside recycling bins that don’t belong there.

According to The Recycling Partnership (Falls Church, VA), “residents putting trash in recycling costs the U.S. recycling system more than $300 million each year.” Contamination of the recycling stream is the big reason that many recyclables aren’t recycled.

The Recycling Partnership, a national nonprofit organization that leverages corporate partner funding to transform recycling for good in cities and towns across America, said that actions such as wrongly putting recyclables in plastic trash bags and adding non-recyclable items such as plastic films and wraps, clothing, garden hoses, batteries or flammables to recycling bins create hazards for the recycling facility. Non-recyclables in the recycling system can even shut down a facility, causing delays and increasing costs, particularly if equipment is damaged.

The Recycling Partnership’s work with more than 1,300 communities nationwide is improving infrastructure, adding access to residential curbside recycling and “educating consumers about what does and does not go into recycling, with the goal of making sure we are collecting as many quality recyclables as we can” to create a viable recycling stream for materials.

“We know that consumer confusion over what is and is not recyclable is one of the top reasons why trash still ends up in recycling bins, and valuable recyclables end up in the trash,” said Keefe Harrison, CEO of The Recycling Partnership. “Our community partners have asked for our help in creating free and customizable posters, labels and signs, and social images that they can use all year round for citizen communication—and we were happy to deliver. These tools, available and free to anyone who needs them, connect to our tested and proven campaign materials and better enable recycling programs to inform the public. We are thrilled to work with partners . . . who are working with us to create campaigns or support campaigns that support citizens in stronger recycling. We need Americans to understand and trust their recycling program, and that takes all of us working together.”

The Recycling Partnership’s latest report, “Bridge to Circularity,” makes the connection between global brands that have pledged to make 100% of their plastic packaging reusable, recyclable or compostable by 2025, and the need for residents to help supply them with recycled materials in order to make that happen.

“The recycling system of the future is about collecting all materials,” Harrison said. “Recycling these valuable natural resources is one thing that many people can do right now to create a healthier planet and stronger communities.”