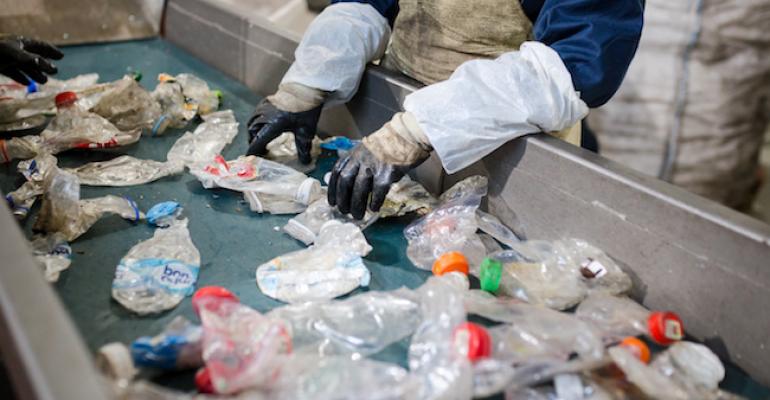 The problem is that the report also condemns advances in recycling, waste-to-energy and plastics-to-fuel technology as solutions.

It seems that we’re stuck in a “damned if you and damned if you don’t” scenario, as another recycling report offers a lot of the same old gripes about plastic and the problems of plastic pollution, but also condemns advances in recycling, waste-to-energy and plastics-to-fuel technology as solutions.

A new study just released by the U.S. PIRG Education Fund, an independent, non-partisan group that works for consumers and the public interest, and the Environment America Research & Policy Center looks at the failure of recycling to meaningfully address the problem of too much plastic in the environment. “The State of Recycling U.S. National Survey” looks at programs in Illinois, Maryland, Minnesota, North Carolina, Oregon, Pennsylvania, Virginia and Wisconsin, providing case studies and insights into specific issues that plague recycling efforts nationwide, said PIRG’s information.

“The hard truth is that plastics are difficult to recycle and aren’t worth much,” stated U.S. PIRG Education Fund President Faye Park. Now that Asia isn’t buying our waste plastic, “we have to deal with it ourselves,” she writes, adding that “plastic is choking our recycling system as effectively as it chokes ocean life.”

Several plastic types are actually easy to recycle, and all plastics are valuable. Lumping all plastics into this single statement doesn’t do justice to the fact that plastics can perform functions far beyond the original intended purpose.

In the introduction to the study, PIRG notes that plastic can only be re-processed a limited number of times before it degrades and the value becomes so low that it is land-filled or incinerated. What the introduction doesn’t tell us is that recycled materials are added to virgin materials in significant enough proportions to make certain types of plastics, such as PET, a valuable commodity. Demand for rPET is quite high; in fact, it’s so high that many bottle makers who have clients needing rPET to meet recycled content goals are having a hard time getting it.

The PIRG study says the United States has failed to curb the rise of plastic and that it has “failed to build domestic demand for recycled material and failed to ensure that product designers consider the end of life of their products.” Given the fact that consumer products companies are using plastic because it is the best “fit-for-purpose” material available, as well as the most energy efficient to produce and process, it is only natural that demand for plastics has risen. Alternatives, including aluminum, glass and paper, just don’t cut it when one considers the entire life-cycle—production from raw materials to shipping and through to consumer use and recycling.

It’s true that China’s National Sword policy created a huge obstacle for U.S recycling programs, as the study points out. However, it’s also an opportunity for the plastics industry to educate consumers in how and what to recycle. Recyclers need clean recyclable materials. Dirty plastic materials were a problem for China’s recyclers; now they’re a problem for U.S. recyclers.

PIRG’s study notes that currently “most product designers are under no obligation to consider how their products will be disposed of at the end of their useful life,” leading to “unrecyclable products.” I believe that is less true today than it was a decade ago. Most brand owners and consumer goods producers are very aware of package design-for-recyclability.

It is true, as the study points out, that some flexible drink packaging combines “plastic and metal” and “the two materials are too difficult to separate to be recycled.” Foil-lined flexible pouches are more difficult to recycle, but advances are being made in that direction. “Other products, like compostable plastic containers, may be technically recyclable or compostable, but are often incompatible with most recycling and composting programs.”

Compostable plastics are a problem because there are few, if any, curbside collection programs for compostable plastics, and composting facilities won’t take them because they don’t break down far enough and fast enough to satisfy the company’s “turn” rate and consumer needs. No one wants plastic bits in their garden soil.

The PIRG study correctly notes that plastic waste is continuing to grow, and markets for recycled plastics, particularly difficult-to-recycle plastics, need to be found. “Without a market, eight million tons of plastic waste will continue to find its way into the ocean every year,” said the study. “Ultimately, the best way to handle our plastic waste problem is to dramatically reduce the amount of plastic being produced in the first place.”

While that sounds good, it’s not feasible because of increasing demand for plastic in thousands of applications in hundred of markets for millions of products because it is the best material for the purpose of the products. As long as the demand is there, plastic production will increase.

PIRG’s study notes the “consequences of our weak recycling system,” such as the proliferation of incinerators that burn collected, co-mingled waste. “While touted by supporters as a ‘renewable’ energy source, incineration is extremely harmful to both the environment and local communities,” said the study. “For every metric ton of plastic burned in an incinerator, 1,980 pounds of carbon dioxide (CO2) equivalent are released, nearly 15 times more than a ton of plastic waste that is landfilled.” (Plastic & Climate: The hidden cost of a plastic planet published by the Center for Environmental Law.)

But is that true? Since Minnesota was one of the states the study examined, information obtained by PlasticsToday from Stearns County, MN, states that from August 1989 to August 2009 about 45,000 tons of waste per year was shipped from the Tri-County area to a facility that converted the garbage to fuel for the Great River Energy Power Plant in Elk River. Minnesota currently has 10 operating waste-to-energy (WTE) plants.

Otter Tail County, MN, notes that increasing concern over a lack of landfill space, groundwater contamination and the public's “not in my backyard” stance toward landfills has many communities looking for alternatives. One of those is WTE. The Perham Resource Recovery Facility is a WTE facility in Perham, MN, that burns municipal solid waste and uses the steam generated as a heating source or to turn a turbine to produce electricity.

In July of 1998, when the Perham Resource Recovery Facility was no longer able to meet the permit requirements for air emissions standards, the City of Perham, Otter Tail County, and surrounding three counties made a decision to apply for state grant funding to reconstruct and reopen the Perham Resource Recovery Facility under the governance of the Prairie Lakes Municipal Solid Waste Authority.

“With the assistance of state funding, the facility was reconstructed, including state-of-the-art air emissions equipment, new combustion technology, improved ash handling and the ability to generate electric energy as a revenue source. The facility has been operational since 2002 and meets or exceeds all new proposed air quality standards,” said the Otter Tail County report.

Given new technology for incinerators, the white smoke that is often seen in photographs and described as “pollution” is actually steam. Incinerators are regulated for air quality, and a Jan. 23, 2017, article noted that Minnesota regulators are pushing municipal solid waste haulers toward WTE.

The study says that landfills are bad because “20% of all human-caused methane, a greenhouse gas 84 to 87 times more potent than CO2 over a 20-year period, has come from landfills.” PIRG also mentions that landfills can leach fluid that contains a variety of “hazardous, toxic or carcinogenic chemical contaminants into groundwater.”

However, most landfills are sanitary (or sealed) that use—wait for it—heavy-weight plastic liners to encase the garbage, which means that nothing in a landfill degrades and leakage is virtually impossible.

The study notes that recycled materials lack markets but fails to mention that, according to a report on Postconsumer PET Container Recycling Activity in 2017 from the National Association for PET Container Resources (NAPCOR), approximately 5,913 million pounds of PET bottles were sold into the marketplace in the U.S. About 29.2% of those—1,726 million pounds—were collected through recycling programs and sold either to domestic or foreign markets. The volume of PET bottles available for recycling in the U.S. declined in 2017 for the first time since 2009.

Many PET recyclers are operating below capacity and could use more than the mere 30% of bottles currently being recycled. There is a market for rPET, and part of the answer is to educate consumers about this demand and the importance of recycling PET bottles. As I’ve been told often, we can’t recycle it if we can’t get our hands on it!

The study also takes a swipe at polystyrene foam material, noting that it “is one of the most harmful” and its “recycling options are even more limited than other common forms of plastic.” In 2018, a state polystyrene foam ban lost by a single vote in the Oregon senate, with the measure “heavily opposed by the company Agilyx,” which chemically down-cycles PS foam into fuel. PIRG doesn’t approve of this and says companies that engage in the down-cycling plastics to fuel process “are sometimes more akin to fossil-fuel generators than recyclers,” said the study.

So once again we have an organization that doesn’t like any advances in technology to help solve the plastic waste problem and rejects most scientific methods to tackle the issue. As for the industry, we’re damned if we do and damned if we don’t.