What's in the ‘garbage vault?' The story of our lives 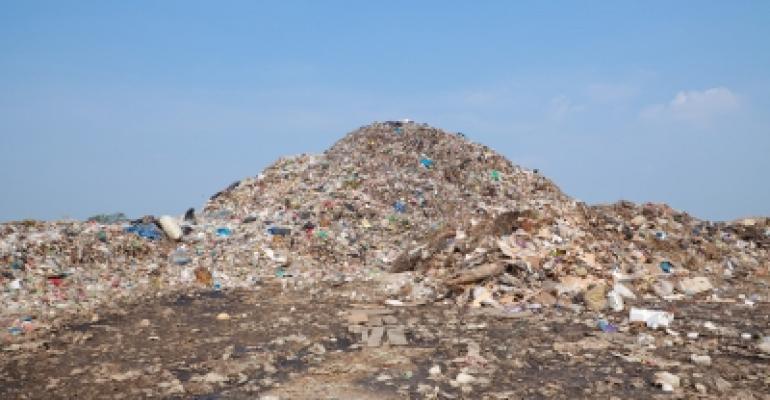 A recent article by my colleague Kari Embree, Managing Editor of PlasticsToday, noted a research study conducted by the University of Leicester that projected "the Earth's oceans and lands will be submerged by increasing layers of plastic waste" by about 2050.

A recent article by my colleague Kari Embree, Managing Editor of PlasticsToday, noted a research study conducted by the University of Leicester that projected "the Earth's oceans and lands will be submerged by increasing layers of plastic waste" by about 2050. While there is a lot of visible plastic, including the floating "islands" of waste floating around on the ocean's surface—some 90% of which is plastic (not unusual since plastic floats; the rest of the waste, such as glass and metal, sinks to the bottom where it can't be seen, and most of the paper trash disintegrates in the water)—it would take a lot of trash generally to cover the Earth in layers of waste. The percentage of plastic waste probably would be about the same as what occupies our landfills, which is 20 to 24% by volume of land-filled garbage as sorted and 16% compacted under typical landfill conditions, according to an SPI report, "Five Major Myths About Garbage, and Why They're Wrong."

While plastic materials are certainly "inert and hard to degrade" (I would add nearly impossible to degrade), as my colleague pointed out in her article, almost any type of industrially created materials, including glass and metals, are also hard to degrade. Landfills are notorious for being "garbage vaults," where every deposit remains in a fairly intact condition.

That was proven in 1973, when Dr. William Rathje and a colleague at the University of Arizona created the "Garbage Project," in which Rathje (1945-2012), the head of the project, conducted a study of landfills in the Tucson area. He was able to dig very deeply into landfills to see just how garbage degraded and discovered that, mostly, it doesn't. In his book, Rubbish: The Archeology of Garbage, published in 1992, Rathje told of finding 30-year-old newspapers that were still readable, chicken bones that still had meat on them and just about everything else that people throw away still intact.

So it's not just plastic that won't degrade in landfills, but nearly everything else. Now, that's not to say that a thousand years from now people won't find fossilized chicken bones and other landfill treasures that tell future generations how we lived, what we owned, how we dressed and what we ate and read. As most civilizations past and present, people have areas near their towns and villages where they take their garbage. Some left it in the backs of the caves where they lived. Some buried it a distance away from where the population lived. Just as today we have sanitary landfills lined with plastic to keep the garbage away from the population.

Yes, sad to say, I find plastic bottles, bags and other plastic trash in the strangest, out-of-the-way places such as along hiking trails, where messy litterbugs who care nothing for their environment still drop their trash. But I also see paper, glass bottles and metal cans—again no fault of the materials themselves, just the nature of humans who don't care about such things as keeping the environment clean.

Fortunately, some of the troublesome materials that concern the Anthropocene Working Group—an international scientific panel that seeks to define a new epoch marked by the profound alteration of geologically significant conditions and processes by human activity—are gradually going away, such as the microbeads in cosmetics and toothpaste. Hey, if I wanted to clean my teeth with plastic beads, I'd chew on an expanded polystyrene cup!

As for leaving a lasting record, we've already gotten a head start on that. Thanks to Rathje's study and the "garbage vaults" that store our leftovers for time immemorial, future anthropologists will have plenty to keep them busy!