The Reshoring Initiative has announced a program in partnership with Wal-Mart to help companies manufacture more consumer products in the United States. This is in response to Wal-Mart's commitment to increase its U.S. purchases by $50 billion annually by January 2023.

The Reshoring Initiative has announced a program in partnership with Wal-Mart to help companies manufacture more consumer products in the United States. This is in response to Wal-Mart's commitment to increase its U.S. purchases by $50 billion annually by January 2023. 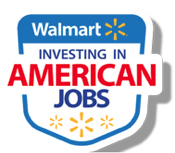 Harry Moser, founder and President of the Reshoring initiative, observed, "We were honored to be called on by Wal-Mart to support its Made in USA program. We estimate the company's increased purchases will add 300,000 U.S. manufacturing jobs. Helping Wal-Mart succeed fits our mission perfectly."

The Reshoring Support page on Wal-Mart's JUMP site (JUMP stands for Jobs in U.S. Manufacturing Portal) links to the Reshoring Initiative's Resources for Retail Suppliers page, which contains resources to facilitate and accelerate supplier efforts. Issues from product selection, cost reduction and managing the transition to reshoring and financing are included for large, small, foreign and domestic companies.

"When Wal-Mart committed to buy an additional $250 billion over 10 years in products that support American jobs, we knew we could also play an important role as facilitator and accelerator," said Cindi Marsiglio, Vice President of U.S. Manufacturing at Wal-Mart. "We created Walmart-Jump.com to help companies find resources on manufacturing in the U.S. The Reshoring Initiative's support page is a great addition to that resource library."

Moser noted, "Based on published articles accessible in our library, the Reshoring Initiative concludes that Wal-Mart has supported at least 43 suppliers to add 4,579 or more U.S. manufacturing jobs so far, and is currently the largest force driving reshoring. The Reshoring Initiative is delighted to provide these resources to accelerate this effort. We call on other retailers to get on board," he said, adding, "we thank the 35 groups that have volunteered as resources. Their personal commitment will make this program a success."

The Reshoring Initiative seeks to expand the scope and impact of the Resources for Retail Suppliers page by incorporating expertise from additional sources and adding more participating retailers.