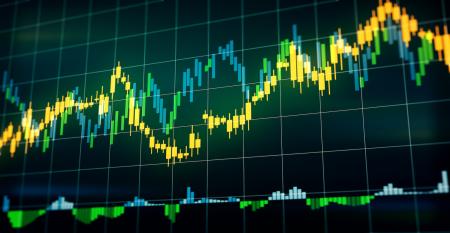 Resin Report Monthly Edition: Expert Insights on Pricing Trends and What the SEC’s Carbon Footprint Proposal Could Mean for Your Business
Jun 03, 2022
The resin supply/demand imbalance may ease, as long as the hurricane season on the Gulf Coast is on the milder side, according to Jeremy Pafford of business intelligence firm ICIS. But you should also keep your eye on a proposed SEC ruling...

Resin Report: Biggest Decline in PP Pricing So Far This Year
Jun 01, 2022
Producers are under pressure to discount material, as upstream inventories remain near record levels.

Resin Report: PE, PP Pricing Holds Steady
May 25, 2022
PE producers failed to implement their April price increase, and attempts to roll it over into May are also on the skids.

Resin Report: Spot Price for PE Resin Drops Slightly
May 18, 2022
The penny decline does not necessarily mean price relief is on the way, since producers continue to push for contract price increases for May and June.

Resin Report: Warehouses Brim with Resin, But Most Is Already Sold or Held for Export
May 11, 2022
March PE exports were among the highest on record, representing nearly 40% of total PE sales.

Resin Report Monthly Edition: What Goes Up Must Come Down . . . or Does It?
May 10, 2022
Will the merry month of May live up to its name for plastics processors? We checked in with Emily Friedman of business...

Resin Report: New Force Majeure on Polypropylene Additives
May 04, 2022
It’s the third force majeure declared by a major producer in as many weeks.

Inflation Pressures Weigh on Plastics Supply Chain
Apr 13, 2022
Polyethylene and recycled polyethylene supply chains can’t seem to buy a break, and even if they could, they’ve probably already spent everything on gasoline.
Load More