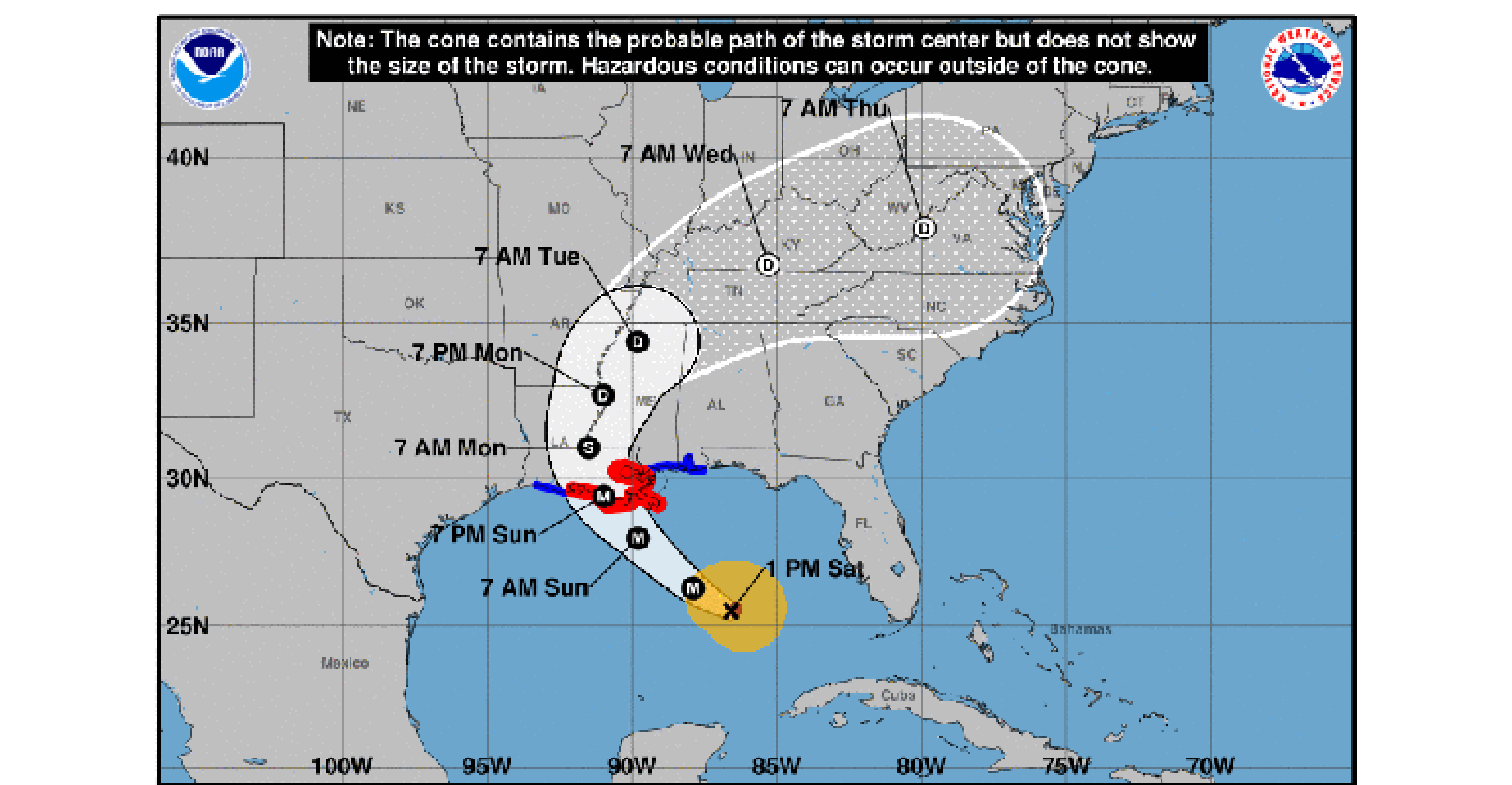 There have been some glimmers of hope that resin supply would pick up and prices would begin to decline, as noted in our Weekly Resin Report, but there was always the caveat of another disruptive event coming along. Enter Hurricane Ida.

At the time of writing, “hurricane-force winds are expected Sunday . . . along the Louisiana coast, including metropolitan New Orleans,” reported the National Hurricane Center (NHC) in Atlanta today, Aug. 28, at 10 a.m. CDT. “Ida is likely to produce heavy rainfall Sunday and Monday across the central Gulf Coast from southeast Louisiana to coastal Mississippi, resulting in life-threatening flash and urban flooding and significant river flooding impacts. As Ida moves inland, significant flooding impacts are likely across portions of the lower Mississippi and Tennessee valleys Monday and Tuesday,” added the NHC.

Petrochemical facilities in proximity of the hurricane's projected path are taking precautions. Shell has initiated a shutdown of its manufacturing in Geismar and Norco, LA, and Phillips 66 has done likewise at its Alliance refinery in Belle Chasse, LA, reports Independent Commodity Intelligence Services (ICIS).

An estimated 35% of North American styrene and 20% of US butadiene production is in the path of Hurricane Ida, according to ICIS, which adds that the storm could also disrupt chlorine and PVC production.

All of this comes as some resin producers are still shedding force majeure conditions wrought by the freak mid-February storm. And the hurricane season is far from over.