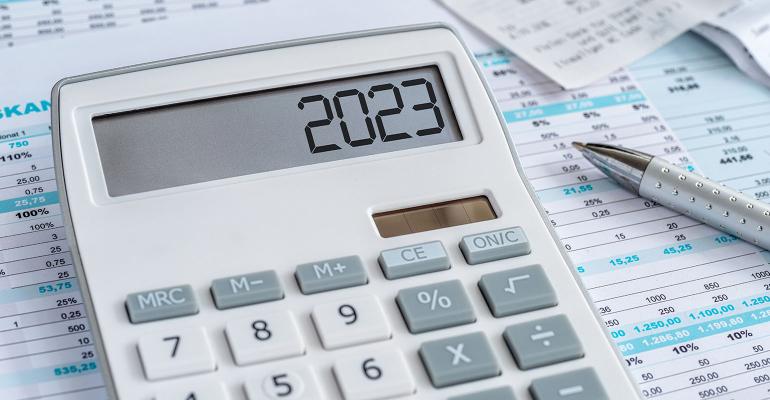 January PE price increase nominations range between $0.06 and 0.08 per pound.

Resin prices rose for the first time in months to begin the new year, spurred by restricted supply, improving sentiment, and rising monomer costs, particularly for polymer-grade propylene (PGP), reports the PlasticsExchange in its Market Update. Another force majeure was issued for polyethylene (PE) as a result of winter storm Elliot, which now makes two each for PE and polypropylene (PP).

Demand was seen from both resellers and processors, and purchase orders began to flow in to secure material, mostly for immediate needs as downstream inventories dwindled. There were few fresh offers in the spot market, as many market participants, including some producers’ sales forces, remained on holiday the first week of January. Limited railcars of off-grade PE and PP were available, while January domestic prime offerings should begin to show in the next week.

The same held true in the export market, as some buyer inquiries floated in. But exporters had not yet received January pricing and availability, although PE was indicated $0.03/lb above December levels. Chinese buyers have reportedly been actively procuring material again, providing some support to the market. Producers are out with price increases for January contracts, and PP indeed will see a sizable jump, as monomer costs have been running higher. It remains to be seen if the supply/demand dynamic has come back enough toward balance to determine if the PP margin increase or PE increase will see some implementation this month, writes the PlasticsExchange.

The PE market was fairly active, considering the holiday-shortened week — demand was good, fresh supply was light, and prices added $0.02/lb. The PlasticsExchange said it was challenged to fill buyer demand, as prime railcars were elusive, but managed to find off-grade railcars that met customer needs. Prime truckload orders also were satisfied by the Chicago-based resin clearinghouse, which expects sellers to return from their holiday break and be back to the market next week with fresh supply, although it does not expect to see much material. CP Chem suffered equipment damage related to winter storm Elliot on one of its units at the Cedar Bayou plant, which is their largest. It issued a force majeure on all PE produced at that plant. Ineos had issued a force majeure on its high-density (HD) PE the previous week.

The production disruptions came after North American PE producers had been running reactors at significantly reduced rates since September to reduce surplus resin inventories that had been weighing on prices. Nearly three-quarters of a billion pounds were cleared out through November, which is meaningful, and the PlasticsExchange said it expects the December production decline and inventory draw to be substantial. Though spot levels eroded in the fourth quarter amid price consolidation, contracts managed to hold steady these past three months. Producers are now all out with January increase nominations that range between $0.06 and 0.08/lb. It will be interesting to see if the reduced inventories throughout the supply chain and processors need to restock amid more bullish sentiment will be enough to turn the tide to achieve some level of implementation.

PP prices jumped $0.04/lb the week of Jan. 2 on the heels of rapidly rising monomer costs. Deals were done for both railcars and packaged material, and co-polymer outstripped homo-polymer. Buyers were engaged from the get-go, according to the PlasticsExchange. Some came to fill urgent needs after an extended period of slack demand, while others scooped up well-priced material that was still available as monomer prices rallied sharply, suggesting that a January  price increase will be imminent.

PP producers have cut reactors rates sharply since September, and the November inventory drawdown was the largest since the winter storm of 2021; similar results are expected from December, especially considering the short-lived, and somewhat impactful winter storm that swept through the petrochemical-producing gulf area a couple weeks ago. The severe cold weather brought about force majeure declarations for PP from both Ineos and Pinnacle. The American Chemistry Council December sales figures have not been released yet, but aggregate domestic PP sales were dismal from September through November, about 100 million pounds per month less than the trailing 12-month average. Some of that can be attributed to slower throughput, and some to processors just working down their on-hand resin stocks as prices slid.

The recent jump in PGP monomer costs, if sustained, would currently translate to about a $0.075/lb January cost-push price increase; there is also a $0.03/lb margin increase on the table. After an extended downtrend, which has lasted six to seven months, some buyers will face sticker shock as they begin 2023 business. It should spark some restocking demand, and the PlasticsExchange anticipates a more exciting market ahead.