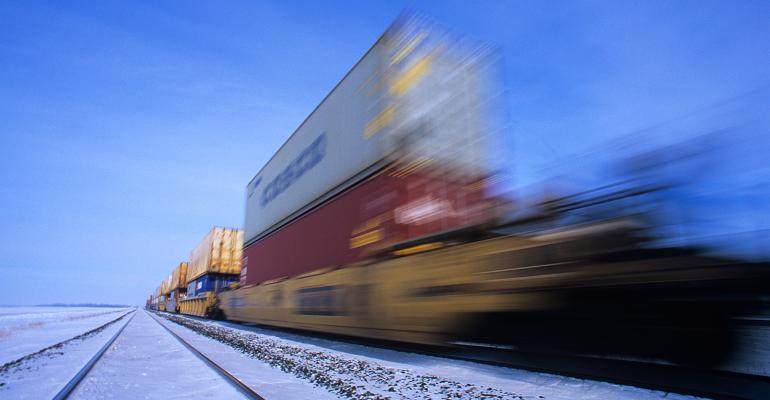 The threat of a major rail-worker strike remains a possibility: Consequences for the supply chain and overall economy would be massive.

Railcar trading outpaced truckload orders during the three-day work week, shortened by the Thanksgiving holiday, as some processors have been slowly rebuilding resin stocks at current advantageous prices, reports the PlasticsExchange in its Market Update.

The flow of offers dropped to a snail’s pace, as producers’ efforts to rebalance supply/demand through reduced production and heavy exports has had a noticeable impact on spot resin availability. The PlasticsExchange said it held levels for Prime polyethylene (PE) and polypropylene (PP) steady after recording a sizable decline a week earlier, as one-off discounting became more recognized industrywide. The Chicago-based resin clearinghouse does not expect to see a big change in November contracts.

PE will probably roll flat again as it did in October. Polymer-grade propylene (PGP) contracts should nudge a cent or two higher this month, but the cost decrease, at a minimum, should be offset by another contraction in PP margins, leaving net PP contracts flat to perhaps a tad lower. October PP contracts settled late (finally in mid-November) with most contracts decreasing a huge $0.15/lb.

The threat of a major rail-worker strike remains a possibility, and the supply chain and economic damages would be so massive, that an 11th-hour agreement is expected to come together to keep the trains rolling. At the time of writing, the US House of Representatives passed a bill binding companies and workers to a settlement they reached in September, which was opposed by four of the 12 unions representing the workers. The bill is headed to the Senate but the outcome is uncertain, as it includes the addition of seven days of paid sick leave, which Republican senators overwhelmingly oppose, according to the Los Angeles Times.

In preparation of the possible strike, at least one producer notified customers that it will be able to ship until Dec. 5, with the exception of hazardous and time-sensitive material, and expects service to slow down 72 hours before a potential strike. The producer also indicated it would stop shipping those products last week, which will impact ethylene oxide, allyl oxide, ethylene, and styrene. Railroads could also implement embargoes on these types of shipments a week before a possible strike. Railroads have been dealing with container congestion for much of the year and this is expected to last in some areas through January. Union Pacific said its container congestion at its Chicago and Dallas yards will not clear until the end of the year.

To help alleviate the bottleneck, producers have announced a stricter position on demurrage, which includes accelerated fees for long hold times. Major warehouses have taken a similar position by penalizing long-term storage to encourage quicker turnover.

PE activity built on recent momentum and seemingly only slowed down because of the holiday. A sizable chunk of volume transacted across the PlasticsExchange platform, an indication that spot demand is healthy, at least in some market segments.

Trading was well spread over commodity grades with high-density (HD) PE Blow Mold and linear-low-density (LLD) PE Film and Injection standing out, while low-density (LD) PE activity was more limited. PE producers have maintained dramatically reduced production levels, which are expected to run at least through the remainder of the year, as they work down inventory levels to the lowest levels since last December. Still, overall availability remains relatively good, albeit thinning, and producers have been less aggressive with the outpouring of competitive offers than during the summer months. The more balanced supply/demand dynamic factored into the rollover for October contracts and the PlasticsExchange expects the same for November, even as new capacity is still hitting the market.

PP trading activity was somewhat unenthusiastic in the holiday-shortened week. Although completed volumes were good, much of it was concentrated in a handful of co-polymer (Co) and homo-polymer (Ho) PP railcar transactions, while the typical truckload demand was a bit sparse. Still some Prime HoPP truckloads sold at sellers' asking prices. CoPP truckload supplies remain challenged; when available, asking prices are quite elevated. The flow of off-grade railcar offers slowed, and it took real effort to uncover supply.

Several trading firms sought prime CoPP railcars to bolster their inventories, but the PlasticsExchange said it was unable to find properly priced material to fill the orders. A couple of producers that had aggressively offered material in October and early November seemed to already line out their November/December production and did not want to participate at levels seen weeks ago. PP producers have restricted production since September to help reduce the supply overhang, but lax domestic demand has offset the effect. It could take some downstream sentiment change for processors to come back and rebuild inventories. While some have done that, the practice has not been embraced en masse.

PP contracts got pummeled in October, dropping $0.15/lb. More modest change is expected in November, perhaps steady to a couple cents lower, as the production margin has room to shrink and catch up — or rather down — to spot levels.