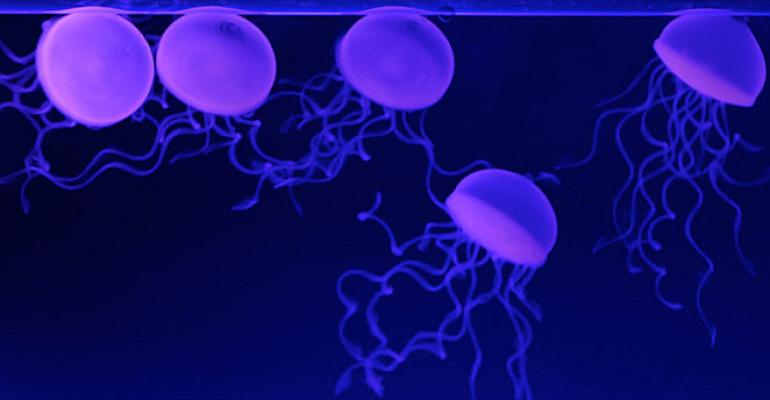 September may be the cruelest month for stockholders—and it certainly lived up to its reputation this year—but it was a very good month, indeed, for advances in 3D printing. Three interesting developments were announced that could have a profound impact on the future of medical technology.

September may be the cruelest month for stockholders—and it certainly lived up to its reputation this year—but it was a very good month, indeed, for advances in 3D printing. Three interesting developments were announced that could have a profound impact on the future of medical technology.

In Minnesota, researchers may have found a technique that would enable nerve regeneration, a process that is so complex that damage to nerves often cannot be reversed using conventional technologies. Meanwhile, in Florida, a very smart assistant professor has discovered a way to 3D print soft materials with structural integrity—think models of jellyfish that don't collapse or human brains to help surgeons prepare for delicate surgical procedures. And further south, in Argentina, a team of researchers has modified a RepRap printer head to control dual syringes and print biopolymers in specific geometries.

Lead researcher Michael McAlpine, a professor of mechanical engineering at the university, working with collaborators from Virginia Tech, the University of Maryland, Princeton University and Johns Hopkins University, used a combination of 3D imaging and 3D printing techniques to create a custom silicone guide implanted with biochemical cues to help nerve regeneration. The guide's effectiveness was tested in the lab using rats.

Using a 3D scanner to reverse engineer the structure of a rat's sciatic nerve, the researchers built a custom 3D printer to print a guide for nerve regeneration. Incorporated into the guide were 3D-printed chemical cues to promote both motor and sensory nerve regeneration. The guide was then implanted into the rat; within about 10 to 12 weeks, the rat's ability to walk was improved.

"This represents an important proof of concept of the 3D printing of custom nerve guides for the regeneration of complex nerve injuries," said McAlpine. "Someday we hope that we could have a 3D scanner and printer right at the hospital to create custom nerve guides right on site to restore nerve function."

While scanning and printing takes about an hour, the body needs several weeks to regrow the nerves. McAlpine said previous studies have shown regrowth of linear nerves, but this is the first time a study has shown the creation of a custom guide for regrowth of a complex nerve like the Y-shaped sciatic nerve, as shown in the accompanying image, that has both sensory and motor branches.

"The exciting next step would be to implant these guides in humans rather than rats," McAlpine said. In cases where a nerve is unavailable for scanning, McAlpine said there could someday be a "library" of scanned nerves from other people or cadavers that hospitals could use to create closely matched 3D-printed guides for patients.

This research was funded by grants from the National Institutes of Health, the Defense Advanced Research Projects Agency, the Maryland Stem Cell Research Fund, and the Grand Challenges Program at Princeton University.
The study, titled "3D Printed Anatomical Nerve Regeneration Pathways," has been published in Advanced Functional Materials.

Here's a concept: Soft materials 3D printed in shapes that are more fragile than anything found in nature yet that retain structural integrity. That's what University of Florida (UF; Gainesville) Assistant Professor Tommy Angelini has accomplished by using hydrogel particles as a medium in which soft matter can be printed. The discovery turns traditional engineering on its head and opens the door to a brand-new discipline in mechanical engineering, according to David Hahn, Chair of UF's Department of Mechanical and Aerospace Engineering.

Until now, printing a soft object in three dimensions was out of the question because, by its nature, 3D printing requires an object to solidify layer by layer, explained Angelini, in a news release published on the university website. A top-heavy object such as a jellyfish, for instance, would be too soft to print using traditional 3D methods, because the thin tentacles on the bottom would not support the bulk at the top. Even if you printed the jellyfish upside down the thin, flexible legs could never stay still in a fluid or stand upright, said Angelini.

Angelini's breakthrough was to 3D print soft objects in a medium of densely packed, microscopic hydrogel particles, which are 99.8% water and 20 times smaller than the diameter of a human hair. The granular gel provides a stable, water-based environment that provides support for soft objects. As the printing tip injects a fluid into the granular gel, the gel traps the fluid in place, allowing for deposition of subsequent layers of fluid, without regard for support. 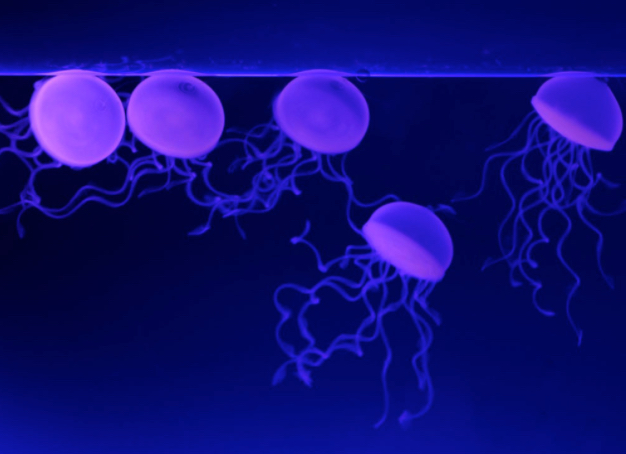 Angelini has used the new method to create numerous objects, including a jellyfish and a hollow, tubular knot, which reportedly could not be printed without the granular gel environment. More interesting, perhaps, are the potential medical applications of this technology.

Neurosurgery professor Frank Bova said he is excited about using the technology for education, perhaps creating artificial brains and other phantom organs that medical students can use for hands-on experience, according to the news release. "For years, we have made models of bone and cartilage, but we've never been able to print soft tissue models," Bova said.

"With this process, we can take a brain scan with a tumor and make tissue that looks like that of a real patient, and that will help us better train surgeons," Bova said.

Bova said he has faith in the process, in part, because he has seen it work. He sent Angelini a scan of his brain and got back a soft-matter model.

In many pursuits, two heads are better than one, and that goes for 3D printing technology, as well. Researchers in Argentina have developed a 3D-printer head that can control two syringes simultaneously, allowing doctors to print biopolymers with specific geometric forms and combine them in novel ways, reports 3Ders.org. The bioprinted patches can be adapted to specific organs and used in local therapies for patients, thereby tailoring drug administration in terms of dosage amounts, the type of drug and targeted location. "[The polymers] are combined to create novel hydrocolloidal matrices based on the type of drug to be administered to the patient, and the proper therapies suggested by the physicians," Sergio Katz, a lead researcher on the project at Argentina research center Lifia, told the 3D-printing-centric website.

Katz based his design on a RepRap 3D printer, modifying the head so that it could control dual syringes. Each extruder has a motor and fixed and movable supports, he explained to 3Ders.org. "When the motor rotates, the carriage moves up or down and controls the plunger of the syringe. At the end of each syringe is a silicone tube that carries liquid to the head, which is on the x axis."

To learn more about this project, which received an award and funding from Argentina's Ministry of Science and Technology, read "Argentinean researchers develop dual syringe 3D printer head for bioprinting polymers."