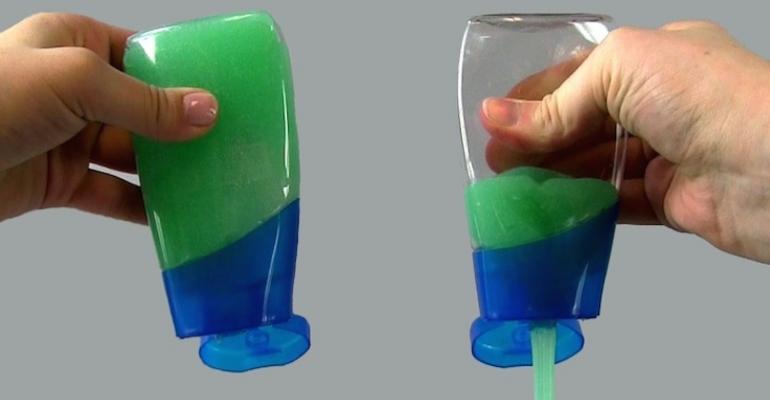 A new technology seeks to change the way liquids move within packaging. LiquiGlide makes slippery coatings for plastic surfaces that enable viscous liquids to easily slide. The technology is targeting plastic containers for sticky consumer packaged goods such as ketchup and mayo to lotion and even glue.

A new technology seeks to change the way liquids move within packaging. LiquiGlide makes slippery coatings for plastic surfaces that enable viscous liquids to easily slide. The technology is targeting plastic containers for sticky consumer packaged goods such as ketchup and mayo to lotion and even glue.

The innovative technology was originally developed by the Varanasi Research Group laboratory at the Massachusetts Institute of Technology (MIT). The team was working on a project for the oil and gas sector when they wondered if their coating technology would also be a fit for the packaging industry, Carsten Boers, president of LiquiGlide, told PlasticsToday. 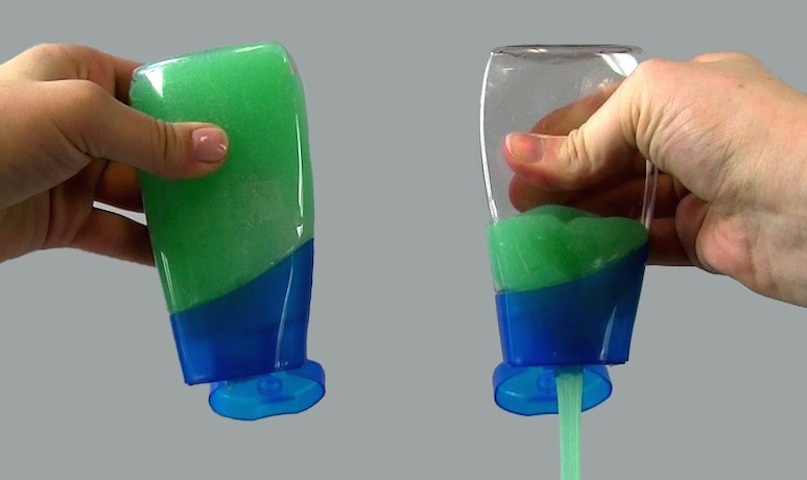 They first tested out the technology on a ketchup bottle and found success with getting the entire food product out of the bottle. As a result, the researchers then posted a video online of the technology and from there a business was born.

"Within a few months of posting the ketchup video, we had more than 2,000 inquires," he said. "They had never seen anything like that."

LiquiGlide claims to be the first and only permanently wet slippery surface technology. The company emphasizes that LiquiGlide is not a conventional superhydrophobic surface but a permanently wet, liquid-impregnated surface, which is designed to be hyper slippery and the product sits on a layer of liquid. A liquid-impregnated surface consists of two distinct layers. The first is a highly textured surface consisting of a matrix of features spaced sufficiently close to stably contain the second layer, which is an impregnating liquid that fills in the spaces between the features. The liquid is held in place within the texture, creating a permanently slippery, liquid surface. The product is actually sliding on the liquid surface, in a liquid-to-liquid interface.

It is not a single material, and each unique coating is custom-designed for each application, so the coating for a toothpaste application would not be the same as the one for mayo. The choices for solids and liquids number in the thousands, and are selected for the properties they display in experiments with different viscous liquids.

Boers said that LiquiGlide coatings will hit store shelves in 2015 in a consumer packaging application.

Here's a video of how the LiquiGlide's coating can be applied to packaging on a commercial production line. The video shows first the solid, then the liquid layer being applied to a bottle. The coating is complete and ready for filling in seconds.

Changing the face of packaging

It makes sense why the packaging industry is actively pursuing this technology - after all, no matter the income level; no one wants products to go to waste. But the current designs of containers for lotions, hair products and even food make it difficult to use every single gram. And that frustration causes consumers to take unusual behavior such as cutting off the tube of the packaging to get what's inside, place the bottles upside down so the product inside can drop down, or using a paperclip to get the remainder of the product buried inside. Boers said that LiquiGlide works to solve those issues.

But the innovation doesn't have to stop there. He believes that the technology could help create new packaging designs for every day items. For instance, peanut butter, due to its properties, makes it difficult to squeeze out of a bottle and that's why the product is for the most part found in jars. However, the use of LiquiGlide can reportedly provide a seamless opportunity to package the peanut butter in a squeeze bottle (which you can see at the end of the article).

Another area of potential growth is transparency; Boers said that many brands don't want their bottles transparent because consumers would then see how much product is leftover and wasted. But the usage of LiquiGlide alleviates that issue.

"We really believe that this will revolutionize the liquid packaging industry," Boers said. "We are looking for partners, be it on the supplier side or on the client side, to work with us directly. We hope that once the product hits the market, consumers will start to expect it as the standard for packaging."

Check out this cool video of its usage in peanut butter: