Due to a declining demand in a number of national markets, including France and Italy, and the continuing lack of significant inflationary pressures, growth for Europe's flexible packaging market is slowing to 1.3% in both value and volume terms in 2013, down from 2.1% and 1.8% respectively in 2012.

Due to a declining demand in a number of national markets, including France and Italy, and the continuing lack of significant inflationary pressures, growth for Europe's flexible packaging market is slowing to 1.3% in both value and volume terms in 2013, down from 2.1% and 1.8% respectively in 2012.

This is one of the main conclusions from PCI's latest annual report on the €12.3 billion ($16.5 billion) European converted flexible packaging market with growth expected to pick up only slightly in 2014. "The growth slowdown reflects the fact that a number of economies in the Eurozone are still struggling with the effects of recession, which has reduced demand for packaged foods in these countries," said report author Paul Gaster. 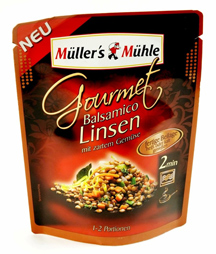 As in previous years, there were some significant regional and national differences in value and volume demand trends. Sales in Germany, Europe's largest flexible packaging market, continued to see some modest growth, as to a lesser extent did the UK. However, demand in Italy, Greece and Portugal continued to contract, with negative growth seen in France for the first time since 2009. Demand was most upbeat in some emerging markets in Eastern Europe, notably Russia and Poland, which grew at over four times the European average. Sales growth in Turkey, a major emerging market, while still strong relative to the European average, fell back compared with the previous year.

Compared with the metal can, glass and paperboard packaging industries, Europe's flexible packaging industry continues to be highly fragmented with the top 20 players accounting for around 70% of the market. However, on-going consolidation continues to be steadily changing the structure of the industry, mostly with the backing of private equity finance. Major developments include the emergence of Sun Capital portfolio business Coveris as a top 10 player, and the rapid growth via acquisition of Schur Flexibles. Approaching 20% of the industry's sales in Europe is currently generated by private equity portfolio companies.