The overall goal of zero waste should be to keep plastic out of the landfill, William Carteaux, president and CEO of SPI: The Plastics Industry Trade Association, told PlasticsToday. "What it doesn't mean is eliminating plastic as a packaging material because when we look at sustainability, we are and should be considered one of the significant materials of choice," he said. "We're focused on closing the loop and also looking at education, conversion and technology. It's really going to run the gamut."

The overall goal of zero waste should be to keep plastic out of the landfill, William Carteaux, president and CEO of SPI: The Plastics Industry Trade Association, told PlasticsToday.

"What it doesn't mean is eliminating plastic as a packaging material because when we look at sustainability, we are and should be considered one of the significant materials of choice," he said. "We're focused on closing the loop and also looking at education, conversion and technology. It's really going to run the gamut."

SPI formalized this priority by including the pursuit of zero waste strategies in its newly approved mission statement.

"We have had a strategy for zero waste, which is an evolving process, but having it front and center in our mission statement helps the organization focus on the issue as a whole," Carteaux said.

Voting representatives of SPI agreed by a 95.7% margin to engage in new zero waste pursuits to advance recycling along with adding brand owners into the membership ranks. These changes were unanimously adopted by SPI's national board and presented to the voting membership for final approval in the form of bylaws amendments.

Some of SPI's initiatives include the Operation Clean Sweep program, which is designed to prevent resin pellet loss and help keep pellets out of the marine environment. This program continues to expand globally and is now being implemented in eight countries. 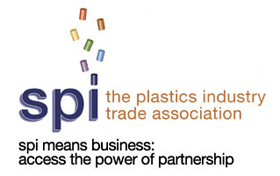 In 2011, SPI joined with plastics associations across the globe to announce the Global Declaration of the Plastics Associations for Solutions on Marine Litter, a public commitment to work with partners to tackle the global problem of plastics in the marine environment. Last month, SPI and the world's other plastics associations, announced a progress report on the Global Declaration that identifies more than 140 projects to prevent marine litter that are completed, underway or planned, which is an increase from the 100 projects announced in 2011.

In addition, SPI is currently developing a full agenda of activity and support for a recycling and recovery initiative including a working group that pulls members from all four of its councils.

This fall, SPI's material suppliers council, processor council and brand owners council met in a joint session to discuss the launch of SPI's recycling and recovery initiative. This meeting introduced the post commercial materials recovery survey and the benchmarking tool for the plastics industry. The post commercial study will provide industry wide statistics annually to mark industry improvement as the industry moves toward total materials recovery.

The industry benchmarking tool will be a self-assessment resource for companies to compare their operations to best practices throughout the industry. SPI anticipates announcing these tools in February 2013.

Adding brand owners into the mix

The initiative to include brand owners to SPI's membership ranks was in part due to their key role in helping to pursue zero waste strategies.

"We recognize the consumer is playing a bigger and bigger part in material selection and we want to make sure decisions are based on sound science," Carteaux said. "One of the true strengths of SPI is that we do represent the entire value chain, and brand owners complete the entire picture."

By providing resources to advance a brand owner's sustainability and recycling initiatives, as well as providing them direct access to lawmakers and regulators who need to hear from brand owners, SPI believes this helps completes a plastics supply chain communications loop that will benefit the entire industry.

Jacqueline Dalzell, who has led SPI's launch of the new brand owners council since April, will now head up the SPI equipment council. Gene Sanders, SPI's senior VP of trade shows and conferences, had previously overseen the equipment council.

Cartuex said they had brought Dalzell in to help grow the brand owners council and get things established. At the same time, Sanders was leading the equipment council along with working on SPI's trade shows.

"Truth be told he was being spread too thin," Carteaux said.

When SPI went through the process to replace Sanders on the equipment council, its members expressed an interest for Dalzell to join the team.

"That's why Jackie has gotten the nod and we realized Kendra would be a great choice for the brand owners council," Carteaux said. "We have the best of all worlds: Kendra comes in for brand owners, equipment guys are thrilled to have Jackie, and Gene can fully focus on NPE2015."

Going forward, Carteaux sees nothing but growth for SPI and the plastics industry as a whole.

"Adding brand owners and the recycling component really gives us tremendous power," he said. "I just got back from a luncheon and everyone is pumped up where we currently are and where we are heading."