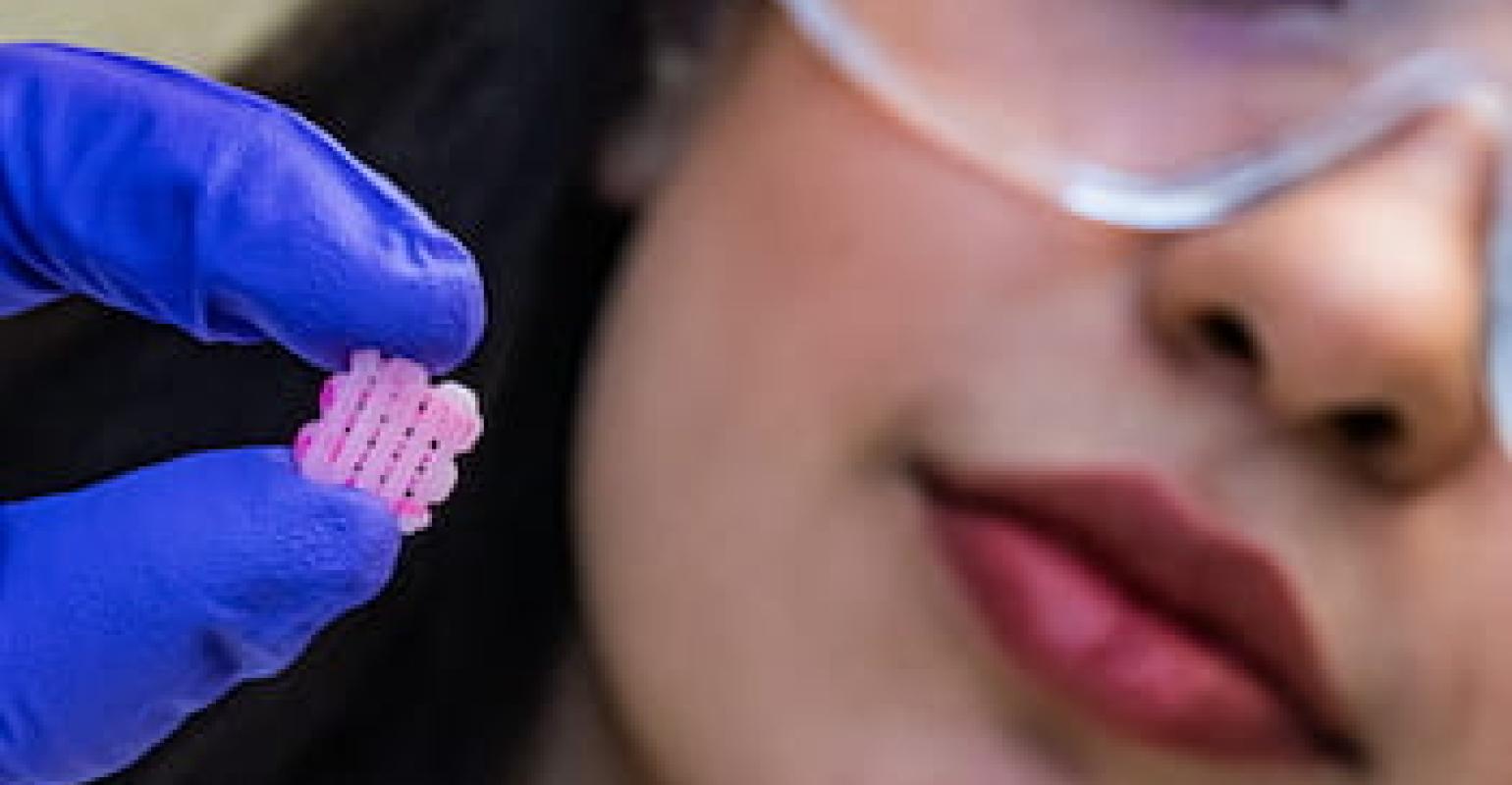 A team at Rice University has developed a new bioprinting method that allows for the development of implants from different types of living cells.

Researchers have developed a new bioprinting method that allows researchers to grow different types of living cells at the same time into implants using the same foundational technologies.

The method, developed by a team at Rice University, is an advancement in how living cells are printed that could be used to develop implants that can help heal injuries, among other things, said Antonio Mikos, a professor of bioengineering and chemical and biomolecular engineering at the university.

Mikos led the team that developed the technique,  which uses grooves to seed sophisticated, 3D-printed tissue-engineering scaffolds. Previously, these scaffolds—which are used to grow human tissue—could only have a uniform distribution of cells, he explained.

“If we wanted different cell populations at different points in the scaffold, we could not do that,” Mikos said in a press statement.

Now researchers can do that through a new process that carves grooves into plastic threads used to build the scaffolds, he said. Scientists then seed the grooves with cells or other bioactive agents to help growth new tissue.

In the technique, a 3D printer cuts the grooves into a thermoplastic, inserting the cells at the proper temperature and creating a three-dimensional implant--based on medical images--in a single process, researchers said.

“The fibers are cylinders that we engrave with a needle to give it a groove as it’s printing,” Rice research scientist Maryam Elizondo said in a press statement. Once the groove is set and cooled just enough, the printer then deposits a cell-infused ink for every fiber for every layer of the scaffold, she said.

It takes about half an hour to completely print a thumbnail-sized implant using the process with the grooved threads, which are about 800 microns wide, Elizondo added.

Researchers published a paper on their work in the journal Bioprinting.

The result of the bioprinting method is hard implants that can be surgically inserted to heal bone, cartilage or muscle, Mikos said. Like hydrogels that are currently used as implants inside the body, the biocompatible implants would degrade over time and leave only natural tissue, he said.

The new scaffold-fabrication process has advantages over previous ones because it can protect cells from the heat and shear stresses that can kill them, researchers said. It also provides a way to layer cells in one mechanically stable foundation that ultimately become different kinds of tissue, like bone and cartilage, they said.

“The major innovation here is our ability to spatially load a scaffold that is 3D-printed with different cell populations and with different bioactive molecules,” Mikos said.