Succinity GmbH, the joint venture between Corbion Purac and BASF for the production and commercialization of bio-based succinic acid, announced the successful start-up of its first commercial production facility, which is located at the Corbion Purac site in Montmeló, Spain. With an annual capacity of 10,000 metric tons, the plant is now producing commercial quantities of biobased succinic acid for the global market.

Succinity GmbH, the joint venture between Corbion Purac and BASF for the production and commercialization of bio-based succinic acid, announced the successful start-up of its first commercial production facility, which is located at the Corbion Purac site in Montmeló, Spain. With an annual capacity of 10,000 metric tons, the plant is now producing commercial quantities of biobased succinic acid for the global market. 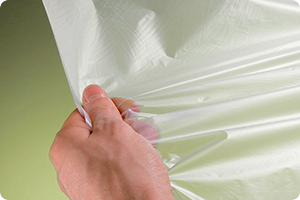 be used to synthesize a host of compounds. It is a four-carbon molecule, created as a byproduct of the fermentation of sugar, with a chemical structure very similar to maleic anhydride, a petroleum-derived chemical that can be used to make a wide range of products, including plastics.

The major driver for the bio-succinic market, says the report, is the increased demand for bio-based chemicals, fueled, among other things, by rising crude oil prices. Compared to its petroleum-based counterpart or other dicarboxylic acids, bio-based succinic acid offers a significantly smaller carbon footprint, plus drop in chemical functionality. Moreover, it is also finding adoption in newer industrial applications such as 1,4-Butanediol (BDO), PBS, polyester polyols (polyurethane), and plasticizers.

Which is why Succinity is already planning a second large-scale facility. The final investment decision for this facility will be made following a successful market introduction.

"The start-up of our first facility for Succinity biobased succinic acid represents a key milestone in our plan to become a major producer of biobased succinic acid in the future," said Philipp Walter, managing director of Succinity. "The combined experiences of the team in Montmeló and the support from Corbion Purac and BASF have ensured the achievement of this important milestone within schedule. With the facility in Spain we will be able to serve the growing succinic acid market."

BASF and Corbion Purac have been working on the development of bio-based succinic acid since 2009. The Succinity process is based on renewable raw materials and fixes carbon dioxide. It uses a proprietary microorganism called Basfia succiniciproducens that allows for a flexible usage of different feedstocks. The closed-loop process ensures an efficient production process without major waste streams.

Succinity is obviously by no means the sole actor on the bio-succinic market, but it is one of the major players. Another is Reverdia, the Netherlands-based joint venture between Dutch company DSM and the French starch derivatives producer Roquette, which commenced production of its bio-succinium succcinic acid in December 2012, in Cassano Spinola (Italy) with a capacity of about 10,000 metric tons a year. With this facility up and running, Reverdia, too, is now mulling over a further expansion of its bio-succinic production and business.

BioAmber, another U.S. company, has been producing bio-based succinic acid since January 2010 at a demonstration plant owned and operated by the company's former joint venture partner, ARD. BioAmber has 60% access to the facility through to the end of 2014. The company has established a joint venture with Mitsui & Co. to build and operate a 30,000 metric ton capacity bio-succinic acid plant in Sarnia Ontario. Construction is progressing well and the plant, which will be the largest of its kind in the world, is expected to come on stream in early 2015.

Various other smaller projects have been undertaken elsewhere, but have not yet reached the scale of the abovementioned biobased succinic acid producers. In China, for example, Sinopec Yangzi Petrochemical Co., Ltd. has built one pilot production line with an annual capacity of 1,000 tons of biological succinic acid. Due to the very limited capacity of this line, the production cost is relatively high.