Summertime and the grass is green! But how is the lawn & garden market? 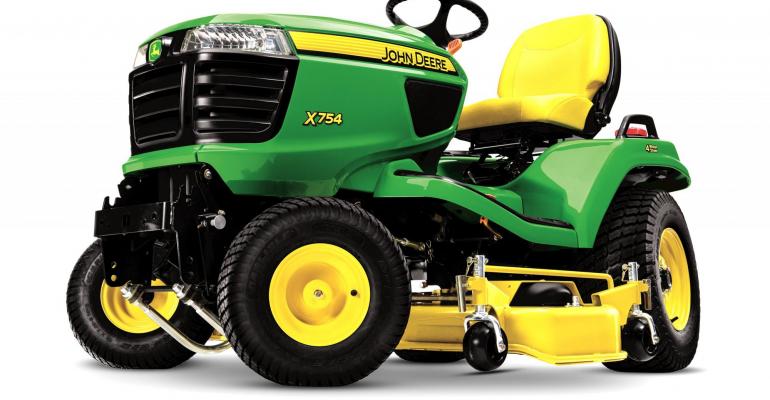 The lawn and garden market always springs to life about April or May in many parts of the country, and that's when sales of garden tractors and equipment, lawn mowers, hedge trimmers, and other helpful tools for landscape maintenance, lawn care and gardening see a strong boost in sales. However, according to the National Gardening Association (NGA), the lawn and garden business could be better.

The lawn and garden market always springs to life about April or May in many parts of the country, and that's when sales of garden tractors and equipment, lawn mowers, hedge trimmers, and other helpful tools for landscape maintenance, lawn care and gardening see a strong boost in sales. However, according to the National Gardening Association (NGA), the lawn and garden business could be better.

The NGA collects data annually through its National Gardening Survey, and the organization is "not happy with the trends we have seen lately," according to a press release from the NGA. "All of the major indicators tell us that instead of growing, the garden business has essentially stalled over the last two years," said the survey results review.

The 2013 survey found that less than half of all households (48%) did their own lawn care last year, and even fewer have a flower garden (36%) or a vegetable garden (22%), the lowest numbers the NGA has seen over the last five years. Sales for all types of lawn and garden products, including plants, trees, seeds, bulbs, bagged goods, and outdoor power equipment and tools, totaled $39.6 billion last year, a decrease of 7% from the previous year. Average spending per household on their lawns and gardens fell to $449 annually in 2013, down from $457 the previous year, and $466 in 2011.

So what does that mean for the lawn and garden equipment OEMs? Most of the majors are doing quite well, but that is primarily due to the fact that most have diversified over the years to include a wide range of outdoor products and equipment that cover year-round consumer needs. 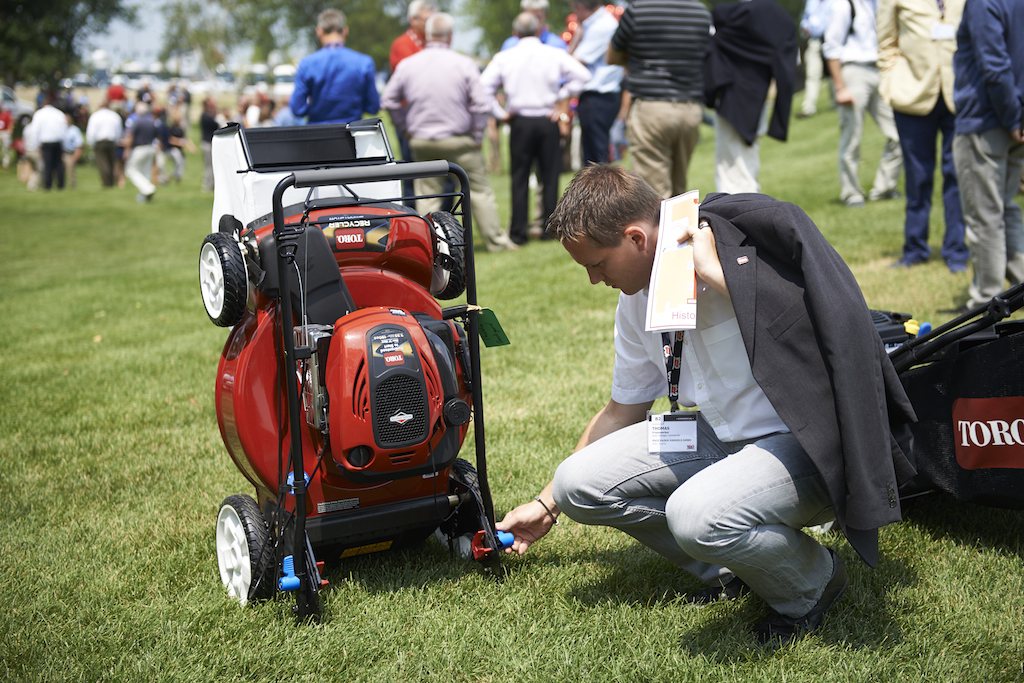 "Although retail sales of some residential products were hampered by the late spring, we experienced strong growth in or landscape maintenance business," said Toro's chairman and CEO, Michael J. Hoffman. Contractors who benefitted from the robust snow season last winter invested in more new turf equipment during the quarter, favoring our productivity-enhancing mowers. In addition, shipments of golf equipment and irrigation products increased due to channel demand for our innovative new product offerings, including the recently introduced Infinity sprinklers."

Strong retail demand for snow products and landscape maintenance equipment, as well as contributions from its micro irrigation, construction and rental businesses, helped the company to surpass sales and earnings earned in the comparable fiscal 2013 period, which benefitted from the Tier 4 diesel engine transition. The company continues to expect revenue growth for fiscal 2014 to be about five to six percent, and net earnings per share to be about $2.90 to $2.95.

"John Deere is on its way to another year of solid financial and operating performance," said Samuel R. Allen, chairman and CEO. "Our second-quarter earnings showed further proof of the adept execution of our operation plans. We kept costs and assets well under control while successfully managing major new-product transitions associated with more stringent emissions standards. In addition, our construction and forestry and financial services operations delivered improved results, reflecting the power of our broad-based business lineup." 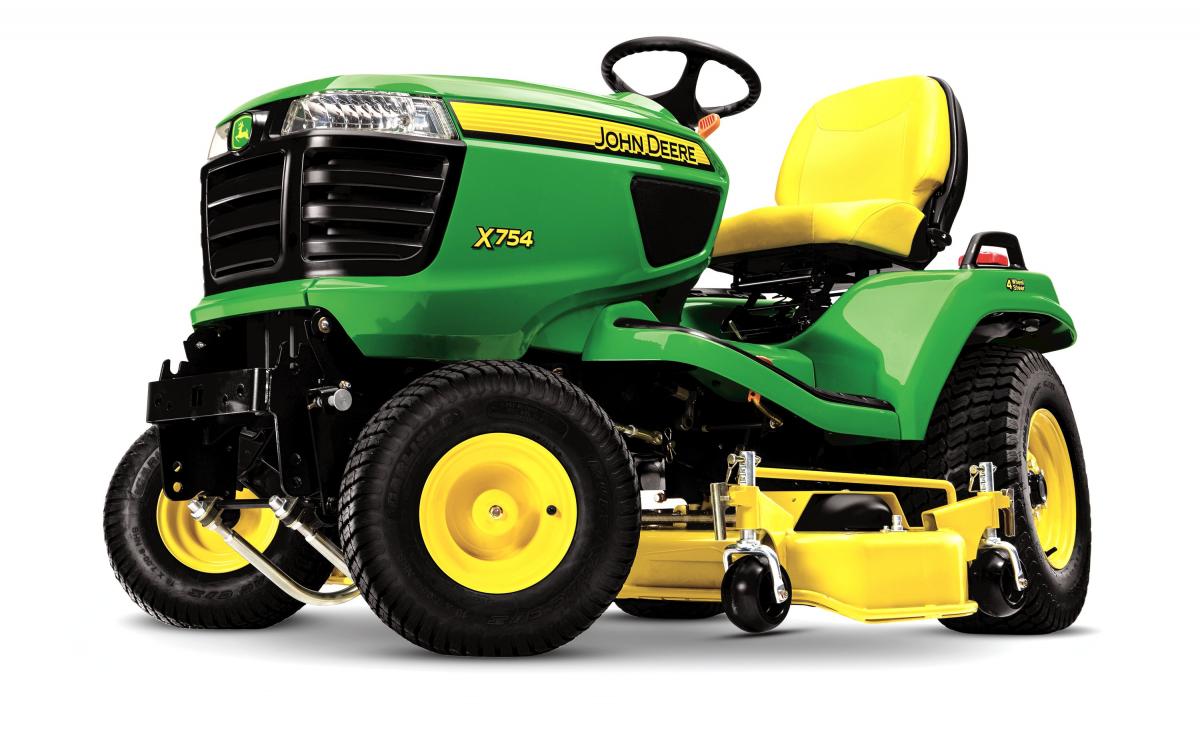 Deere's Agricultural & Turf sales fell 12% for the quarter and 7% for six months due to lower shipment volumes, the previous announced sale of John Deere Landscapes, and monetary exchange rates. The sale of John Deere Landscapes to private equity investment firm of Clayton, Dubilier & Rice, was announced last October. The company formed the landscapes business in 2001 when it purchased and merged two companies that sole wholesale landscape supplies and irrigation productions. Two other acquisitions were later added and John Deere Landscapes became one of the largest wholesale suppliers of turf and ornamental agronomics, irrigation, outdoor lighting, nursery and landscape materials. Deere was expected to receive approximately $300 million in cash and initially retained a 40% equity interest in the business. The company also recently sold its John Deere Water operations to FIMI Opportunity Funds, a private equity firm in Israel.

Stanley Black & Decker reported on July 25, that its second quarter 2014 revenues were up 1% to $2.9 billion. Its gross margin expanded 130 basis points; excluding charges gross margin expanded 100 basis points to 36.5%. Net sales for the period were $2.9 billion, up 1% versus the prior year, primarily attributable to price (+1%) as volume, acquisition and currency were all relatively flat for the quarter. Organic growth was negatively impacted by unusually weak emerging markets due to economic and political circumstances as well as a delayed and shortened CDIY North American outdoor product season, factors that muted organic growth by two points.

Lawn and garden products have a lot of opportunity for both injection molded and thermoformed components that require decoration such as in-mold decorations, safety and instructional labels. There is also some opportunity for film insert molding (FIM) to eliminate painting operations which require regulatory oversight and VOC (volatile organic compound) permits. Typically, this industry requires many large parts, very cosmetic in nature, and more lightweighting of parts to reduce fuel use.

Innovative Injection Technologies (i2tech) of Des Moines, IA, serves the agricultural/ lawn and garden industry with its partner, John Deere, with parts for a range of equipment - from small utility tractors to over 500 horsepower giants. Last November, i2tech took delivery of a new Milacron Maxima G Servo 3300 ton press that increased the company's tonnage capacity by 10%. This makes i2tech the only molder in Iowa with two 3000+ ton machines to deliver large parts reliably to customers.