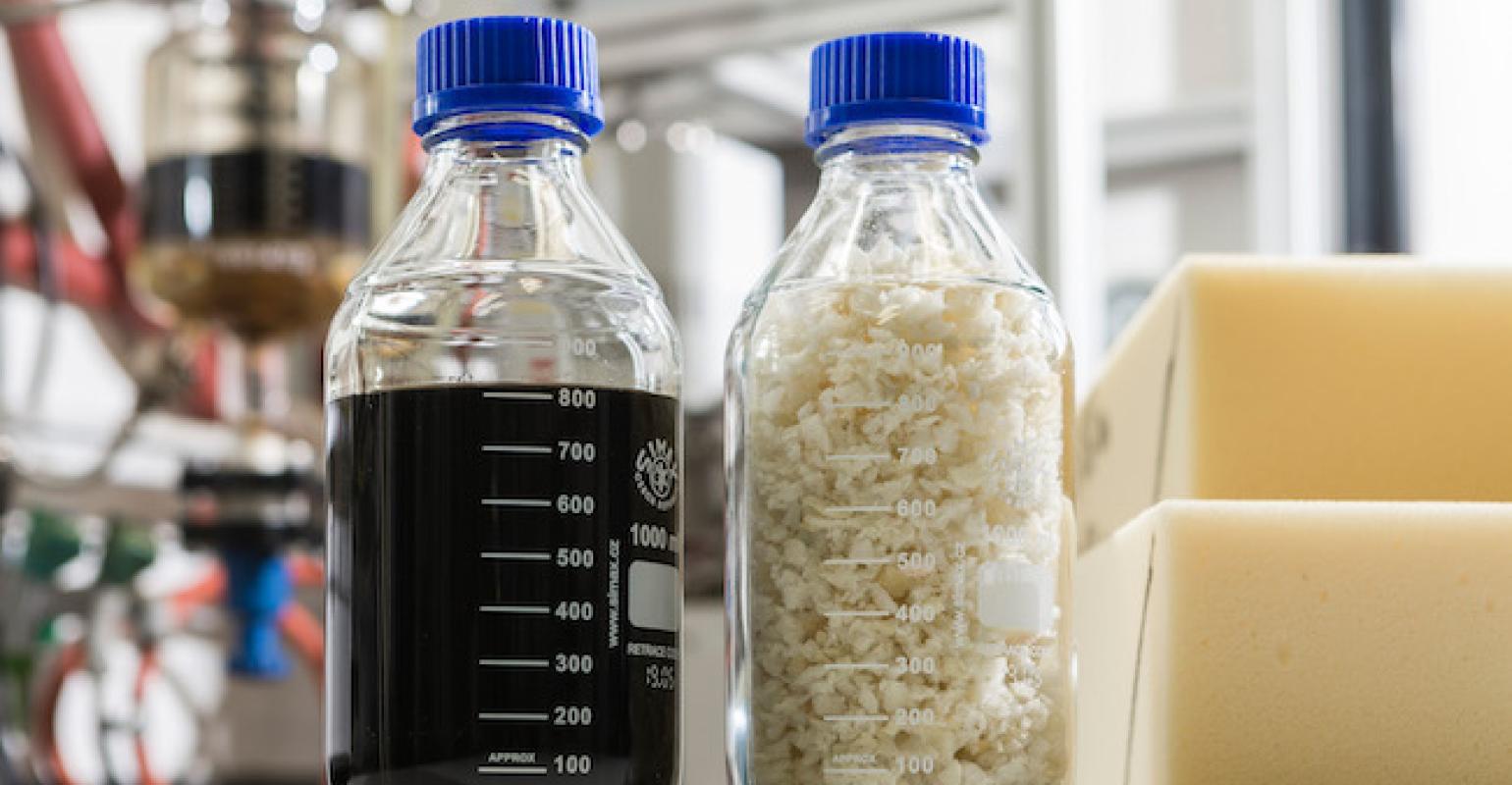 BASF currently is testing a chemical recycling process for used mattresses and expects to deliver first volumes of the recycled material to project partners later this year.

When it comes to mattress technology, polyurethane (PU) foam is the new craze. Forget about metal springs and lots of cotton padding that require box spring bases to keep them from sagging to the floor after years of constant use. Today’s PU memory foam mattresses can be purchased online and shipped as a “bed-in-a-box” right to your front door. No springs required.

According to a definition from Wikipedia, memory foam consists of PU as well as additional chemicals increasing its viscosity and density — often referred to as “visco-elastic” polyurethane foam. Memory foam was developed in 1966 under contract by NASA’s Ames Research Center to improve the safety of aircraft cushions, notes Wikipedia. NASA released memory foam to the public domain in the early 1980s, and it was subsequently used in medical settings as mattress toppers for people needing to lie immobile in their beds for long periods of time.

With improvements in the manufacturing technology for PU memory foam, the material became big as a layer material for inner-spring mattresses. For the past decade, PU memory foam mattresses have become increasingly popular. Today, according to a CNBC report, there are 175 online bed-in-a-box mattress companies. Reporter Jasmine Wu, in an interview with Michael Magnuson, founder of mattress review site GoodBed.com, noted that sales of bed-in-a-box memory foam mattresses represented 12% of the $16.5 billion mattress industry. The website Quora.com estimates that some 34 million mattresses are sold each year.

You’ve probably guessed what the next big challenge is — recycling all those foam mattresses!

A local PU foam recycler in Phoenix, Generated Materials Recovery, takes in all types of mattresses to recycle the contents, but according to the company’s CFO, Mary Neffett, “demand is exploding” for recycled memory foam. “The biggest demand we see is for our prime material, which is pre-consumer visco (memory) foam we buy from mattress makers such as Brooklyn Bedding,” Neffett explained. “We then sell it to companies nationwide that need this material, such as Mohawk for carpet underlayment, or to make pillows and other products.”

BASF announced last week that it is working toward circularity in recycling mattresses, using the material to provide raw materials for new ones. Pilot tests are up and running. BASF has developed a chemical recycling process for used mattresses, testing the process at the Schwarzheide site in Brandenburg, Germany. BASF’s process breaks down the flexible polyurethane and delivers the initially used polyol. From there BASF can produce new foam with a significantly lower carbon footprint, because fewer fossil resources are used, noted BASF.

“The target is to recover the raw materials with a quality comparable to that of non-recycled/virgin raw materials,” said Shankara Keelapandal, Business Management, Isocyanates Europe. In doing so, BASF is breaking “new ground and responding to the raised expectations regarding sustainability of the foam and mattress industry as well as those of consumers. It is an important step to possibly re-enter post-consumer waste back into product lifecycles.”

First volumes of the recycled material will be delivered to project partners later this year to develop pilot projects together. “The project is technically complex, but the potential to reduce waste volumes and save resources makes it all worth it,” added Keelapandal. “That is why we developed a solution to closing the loop for soft polyurethane foam with the chemical recycling of mattresses.”

Personally, my favorite mattress was my grandma’s feather-bed mattress that she made from the collected chicken feathers when she and grandpa lived on their farm. As a kid, nothing was better than spending the night with my grandparents so I could sleep in the feather-bed in the spare bedroom. It was amazingly soft, and I’d sink down into the mattress in a way that felt like a warm “hug.”