Is creating plastics from biomass really a ‘green’ idea? 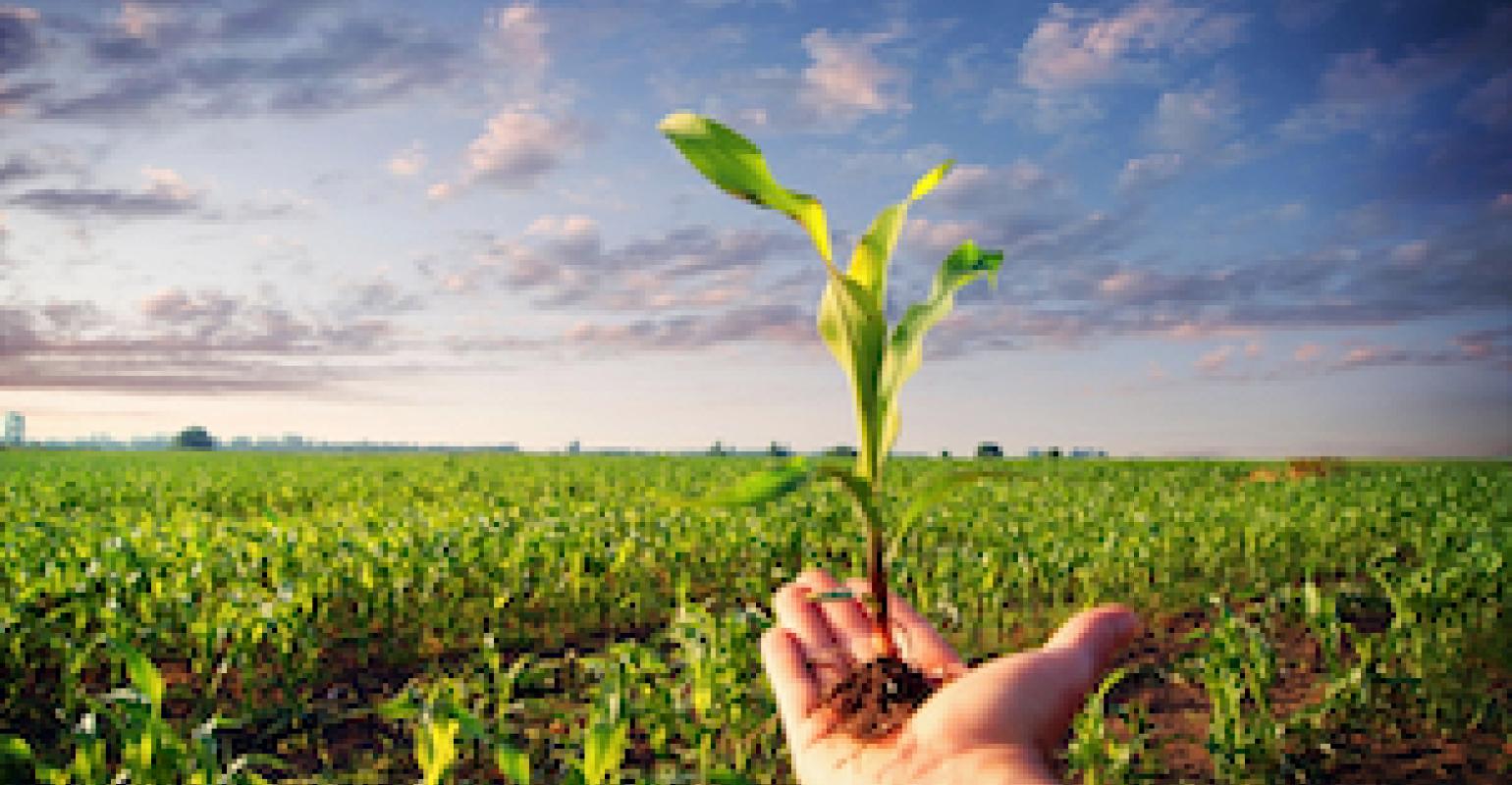 Scientists seeking to replace plastics derived from fossil fuels with natural biomass as a way to reduce greenhouse gases may be barking up the wrong tree.

In the quest to add sustainability and green cred to plastics (which its detractors believe it lacks), many scientists continue their attempts to make plastic from various natural materials such as algae, switch grass, corn and sugar cane. Most of these scientists discount the fact that plastic made from petroleum is also natural—there’s nothing un-natural about petroleum or natural gas, as those materials are derived from nature, as Professor Emeritus Igor Catic of the University of Zagreb has written about in his various articles.

In a Jan. 23, 2018, article in Chem Europe, “Bio-renewable process could help ‘green’ plastic,” it was noted that plastic was developed more than 100 years ago to replace the use of ivory from elephant tusks in products, i.e. replace the natural product with a synthetic one. The fact that petroleum is a fossil fuel makes plastic no less natural than plastic made from grass or corn or sugar cane. However, the authors of this article note that plastics derived from petroleum contribute to a “reliance on fossil fuels” that drives “harmful greenhouse gas emissions.”

To change that, the article states that Great Lakes Bioenergy Research Center (BLBRC; Madison, WI) scientists are trying to take the pliable nature of plastic in another direction, developing new and renewable ways of creating plastics from biomass.

But just how efficient is biomass in producing plastics? And, given that all biomass contains CO2 (plants are massive storehouses for this critically necessary gas), just how much CO2 will be released into the atmosphere in processing biomass? Can it all be captured during processing and then used to make plastic in a new technology known as carbon upcycling technology?

According to a blog from Columbia University first published on Aug. 18, 2011, and updated on Oct. 19, 2016, by Renee Cha (“Is Biomass Really Renewable?”), biomass can be used in several ways. Those materials scientists seeking to replace plastics derived from natural petroleum and natural gas with natural biomass as a way to reduce greenhouse gases may be barking up the wrong tree.

“In 2010, a group of prominent scientists wrote to Congress explaining that the notion that all biomass results in a 100% reduction of carbon emissions is wrong,” Cha writes in her blog. “Biomass can reduce carbon dioxide if fast-growing crops are grown on otherwise unproductive land; in this case the regrowth of the plants offsets the carbon products by the combustion of the crops.”

Or, in the case of turning biomass into plastic, plant regrowth would be necessary to offset carbon emissions from the fossil fuels used to harvest, transport and turn the biomass into plastics via an industrial process. Cutting and harvesting various types of crops and grasses release the sequestered CO2 into the atmosphere. However, scientists now think they have figured out how to recycle waste CO2 back into plastic by carbon upcycling.

An article in ScienceAlert.com on Jan. 21, 2018, notes that it’s been “clear for a while now that that there’s too much carbon dioxide in the Earth’s atmosphere,” so “scientists have come up with a new plan for dealing with all this excess CO2—converting it into plastic.” (But how much is too much? And since forests are growing much faster, will much of it be used to produce oxygen?)

It seems we have a real circular plastics manufacturing process here. We grow plants, grasses and crops to harvest, transport and process into plastic, which releases a lot of “waste CO2” into the atmosphere. We then have to capture that waste CO2 and turn it into plastic while at the same time scientists are turning the biomass into bioplastics. Perhaps if we didn’t harvest all of those grasses, crops and other biomass products to make bioplastic, we’d have less CO2 in the atmosphere. Would making plastic from waste CO2 be any greener than making it from natural gas or natural petroleum? That is a question I’ll be asking this week when I interview some scientists working on carbon upcycling technology.

David Nield, author of the ScienceAlert article, notes that the new approach “is the most efficient method yet that scientists have devised for converting carbon dioxide into ethylene, the raw material used to make the most commonly used plastic, polyethylene. And it brings the possibility of a practical CO2-to-plastic conversion system a whole lot closer.” (Maybe closer, but greener? That remains to be seen.)

A new piece of equipment developed by Tom Regier, Senior Scientist at the Canadian Light Source (CLS) facility at the University of Saskatchewan, allowed the team in Nield’s article to analyze matter with electromagnetic radiation to identify the key catalyst. “This has never been done before,” said Rafael Quntero-Bermudez from the University of Toronto, who was part of the team.

“The catalyst is necessary to power a carbon dioxide reduction reaction, converting CO2 into other chemicals when it gets hit with an electrical current. While many metals can act as catalysts, we already know that copper is the only one that can produce ethylene,” said Nield’s article.

“Copper is a bit of magic metal,” said Phil De Luna of the University of Toronto in Nield’s article. “It’s magic because it can make many different chemicals, like methane, ethylene and ethanol, but controlling what it makes is difficult.”

“Armed with this new knowledge and a suitable carbon capture technology, we could potentially remove CO2 from the atmosphere while producing plastics in an environmentally friendly way at the same time,” wrote Nield. “As long as the energy required for the conversion can be provided by a renewable source, and the resulting plastics can be reused or recycled later in life, the overall impact should be a positive one.”

The key question here is whether this process can be done without using fossil fuels for the energy required to do the conversion. Another question: If that plastic is made from CO2, do plastic bottles, containers and so forth sequester that CO2? Is that then released back into the atmosphere when the bottles and containers are recycled for reuse?

Chem Europe’s article notes that using a “plant-derived solvent called GVL (gamma-Valerolactone),” University of Wisconsin-Madison Professor of Chemical and Biological Engineering James Dumesic and his team have developed an economical and high-yielding way of producing furandicarbonylic acid, or FDCA. One of 12 chemicals the U.S. Department of Energy calls critical to forging a green chemicals industry, FDCA is a necessary precursor to a renewable plastic called PEF (or polyethylene furancate) as well as to a number of polyesters and polyurethanes.”

Chem Europe notes that as the “bio-based substitute for PET—its widely used, petroleum-derived counterpart—PEF is rich in potential. PET currently has a market demand of close to 1.5 billion tons per year, and Coca-Cola, Ford, H.J. Heinz, Nike and Procter & Gamble have all committed to developing a sustainably sourced, 100% plant-based PET for their bottles, packaging and footwear. PEF’s potential to break into that sizeable market, however, has been hampered by the high cost of producing FDCA,” said Chem Europe.

The process currently used to produce FDCA results in a minimum selling price of $1,490 per ton. With improvements, including lowering the cost of feedstock and reducing the reaction time, the price could reach $1,310 per ton, which would make their FDCA cost-competitive with some fossil-fuel-derived plastic precursors.

“Until now, FDCA has had a very low solubility in practically any solvent you make it in,” said Ali Hussain Motagamwala,a UW-Madison graduate student in chemical and biological engineering and co-author of the study. “You have to use a lot of solvent to get a small amount of FDCA, and you end up with high separation costs and undesirable waste products.”

Motagamwala and colleagues’ new process begins with fructose, which they convert in a two-step process to FDCA in a solvent system composed of one part GVL and one part water. The end result is a high-yield of FDCA that easily separates from the solvent as a white powder upon cooling.

“We think this is the streamlined and inexpensive approach to making FDCA that many people in the plastics industry have been waiting for,” said Dumesic. “Our hope is that the research opens the door even further to cost-competitive renewable plastics.”

It is doubtful that bio-based plastics will be any more beneficial than plastics produced from other natural materials from the Earth, including petroleum and natural gas. Given that we live in a carbon-based world and that CO2 is essential to all life on the planet, using plants and biomass that sequester carbon in an effort to reduce carbon dioxide may not reduce this gas as much as anticipated. The industrial processes required to make bioplastics that have the desired properties for various applications and that can replace conventional plastics also require the strength and reliability of energy from fossil fuels, which might offset any gains made by bioplastics.

The so-called “circular economy” must also include considerations for the cycle of carbon dioxide and oxygen. Oxygen is good!