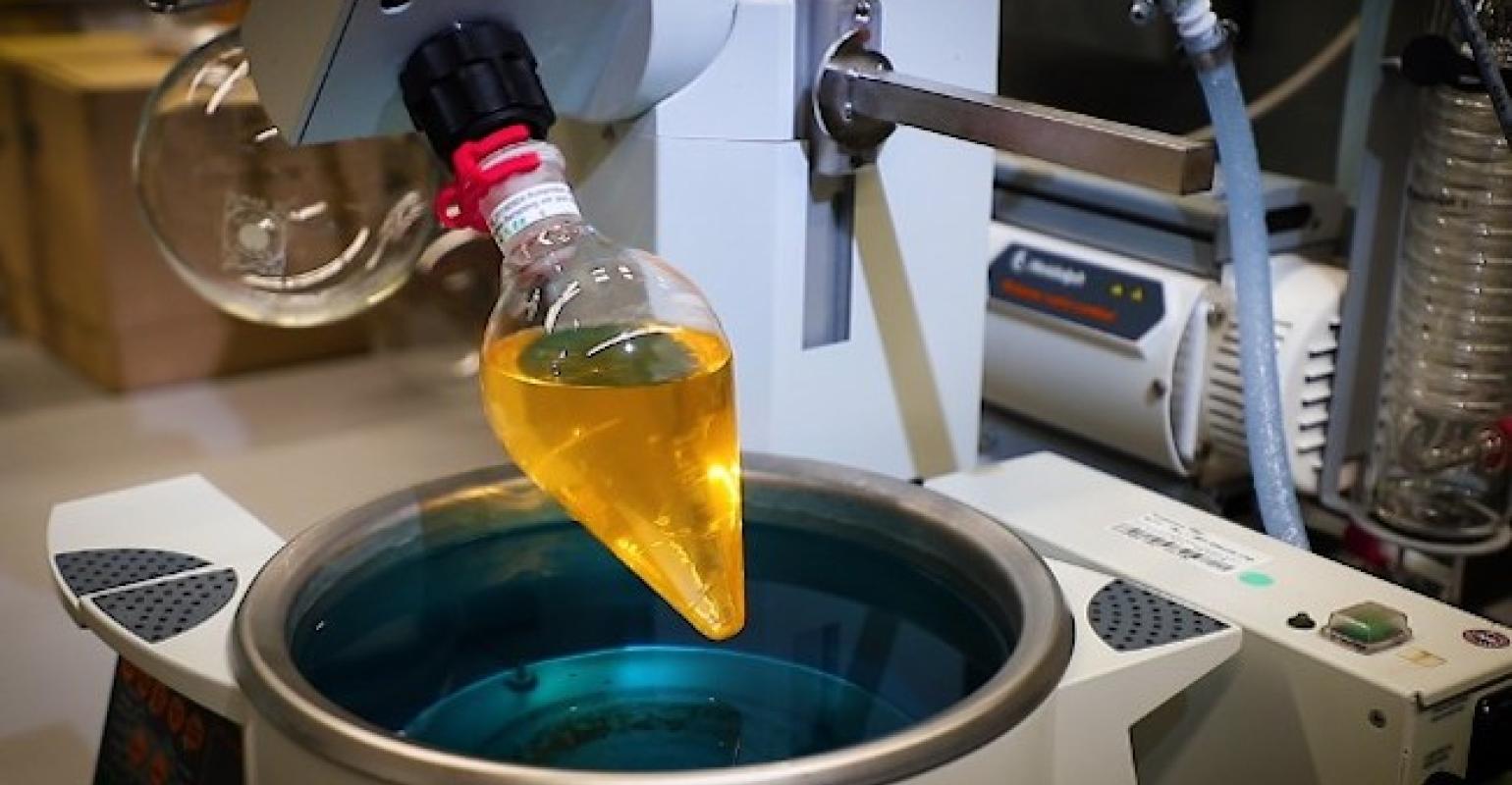 Fraunhofer’s process represents an economically and environmentally sustainable recycling strategy capable of nearly completely depolymerizing the PLA substrate in a short period of time and under mild ambient conditions.

In the bio-based plastics space, polylactic acid (PLA) has proven to be one of the most promising polymers because of its versatile applications ranging from disposable cutlery and degradable sutures to rigid packaging and extrusion coatings. Fraunhofer Institute for Chemical Technology (ICT), with help from Fraunhofer Institute for Structural Durability and System Reliability LBF, has developed a strategy to chemically recycle post-consumer PLA waste into a lactate ester (ethyl lactate) with commercial applications in chemical synthesis, magnetic tape coatings, plastic, and more, primarily in the food industry.

PLA is a bio-based alternative to fossil-fuel-based plastics, but its production is very raw material and energy intensive, according to Fraunhofer ICT: It takes 2.39 kg of corn cobs, 50 kg of water and 54 Ml fossil energy to produce one kilogram of PLA. The use of these renewable raw materials as feedstock for PLA production can compete with their use in food production. Though PLA is a potentially high-volume raw material, it often ends up in other conventional waste streams, thereby contaminating them and disturbing municipal recycling strategies.

Davide Pico, head of Research Group Polymers and Additives, Department of Environmental Engineering, at Fraunhofer, responded to PlasticsToday regarding the challenges of collecting and recycling PLA without contaminating recyclable plastic waste streams. “At present, due to a lack of an appropriate collection infrastructure, PLA waste often finds its way into conventional plastic waste streams like PET or PP. Since PLA is presently a contaminant in a conventional plastic waste stream, it lowers the quality and processability of conventional mechanically recycled plastics,” acknowledged Pico. “We already find concentrated PLA waste streams in venues such as theaters, concerts, football stadiums, or other big events with cups, food boxes, etc., but due to its lower diffusion, PLA is not being designated as a sorted material yet.

“However, with an increase in its production capacity and its usage, it will be necessary to institute a separate collection infrastructure for PLA. At that time we will receive sorted and selected PLA streams,” Pico added.

Fraunhofer ICT’s process represents an economically and environmentally sustainable recycling strategy capable of nearly completely depolymerizing the PLA substrate along with a high yield of ethyl lactate (80%) in a relatively short period of time (< 20 minutes) and under mild reaction conditions (< 70o C, ambient pressure). A highly beneficial feature of this system, noted Fraunhofer, is the use of a conventional and commercialized eco-friendly, organic catalyst.

The low-boiling solvent is capable of selectively dissolving the PLA fraction from a mixed plastic waste stream, consisting mainly of PET and PP. This flexible process scheme is capable of handling virgin PLA of different grades as well as post-consumer PLA cups. The process was develpoed in 2019 from a laboratory scale to a technical scale (15 L) and its robustness was demonstrated by recycling post-consumer waste PLA cups, without any effect on the yield of the lactate ester.

“The depolymerization process for PLA developed in my group by PhD students will selectively and in an environmental way dissolve PLA only, thereby leaving PP and PET untouched and PLA-free,” Pico stated.