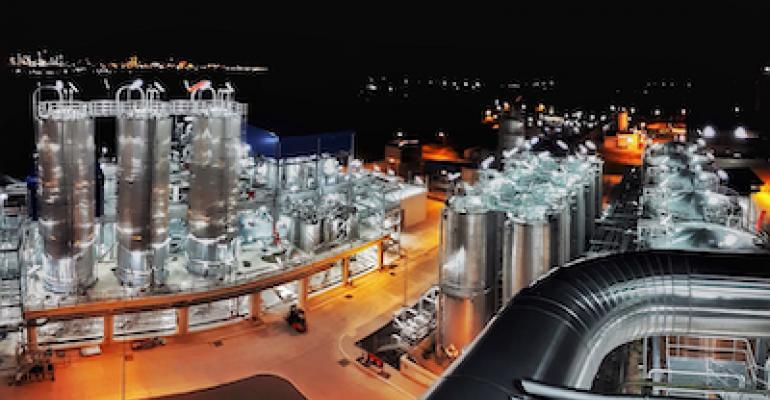 The new facility will produce a broad range of Luminy PLA resins from renewable, non-GMO sugarcane sourced locally in Thailand: from standard PLA to innovative, high heat PLA based on the L enantiomer and PDLA (poly(d-lactic acid)) with unique properties. The products serve in a wide range of markets notably packaging, consumer goods, 3D printing, fibers and automotive and are specifically optimized for extrusion, thermoforming, injection molding and fiber spinning processes.

At the end of their useful life, PLA products can be mechanically or chemically recycled, or in some cases composted and returned to the soil as fertilizer.

Total Corbion PLA will leverage on the integration with its lactide plant, the monomer required for the production of PLA, that has simultaneously been expanded to 100,000 tonnes/year production capacity. Furthermore, the 1,000 tonnes/year PLA pilot plant, which has been operational since the end of 2017, is located on the same site and will be used for product development.

The start-up marks a major milestone for both the joint venture and the bioplastics market. With this additional 75,000 facility, the global production of PLA bioplastics will increase by almost 50%, to 240,000 tonnes/year. PLA is a fast-growing polymer market with an estimated annual growth rate of 10% to 15%.

“The start-up of this state-of-the-art plant establishes Total Corbion PLA as a world-scale PLA bioplastic producer, ideally located to serve growing markets from Asia Pacific to Europe and the Americas” says Stephane Dion, CEO of the company. “The subsequent increase in global PLA capacity will enable manufacturers and brand owners to move into the circular economy and produce bio-based products with lower carbon footprints and multiple end of life options.”

“I’m very pleased that the joint venture has started-up the second-largest PLA bioplastics plant in the world. This achievement is fully in line with our strategy, to expand in petrochemicals and, at the same time, innovate in low-carbon solutions. Bioplastics are a great complement to our more traditional petrochemicals products to meet the rising demand for polymers while contributing towards reducing end-of-life concerns” says Bernard Pinatel, President Refining & Chemicals at Total.

Recent PLA application developments include a thermoformed black platter for presentation of foods such as cheese, sushi and hors d’oeuvres developed by Pack & Proper. It is made from Luminy PLA and has been designed to exhibit a ‘stone-look’, slate appearance thanks to its surface shape - giving a more exclusive appearance to a disposable application.