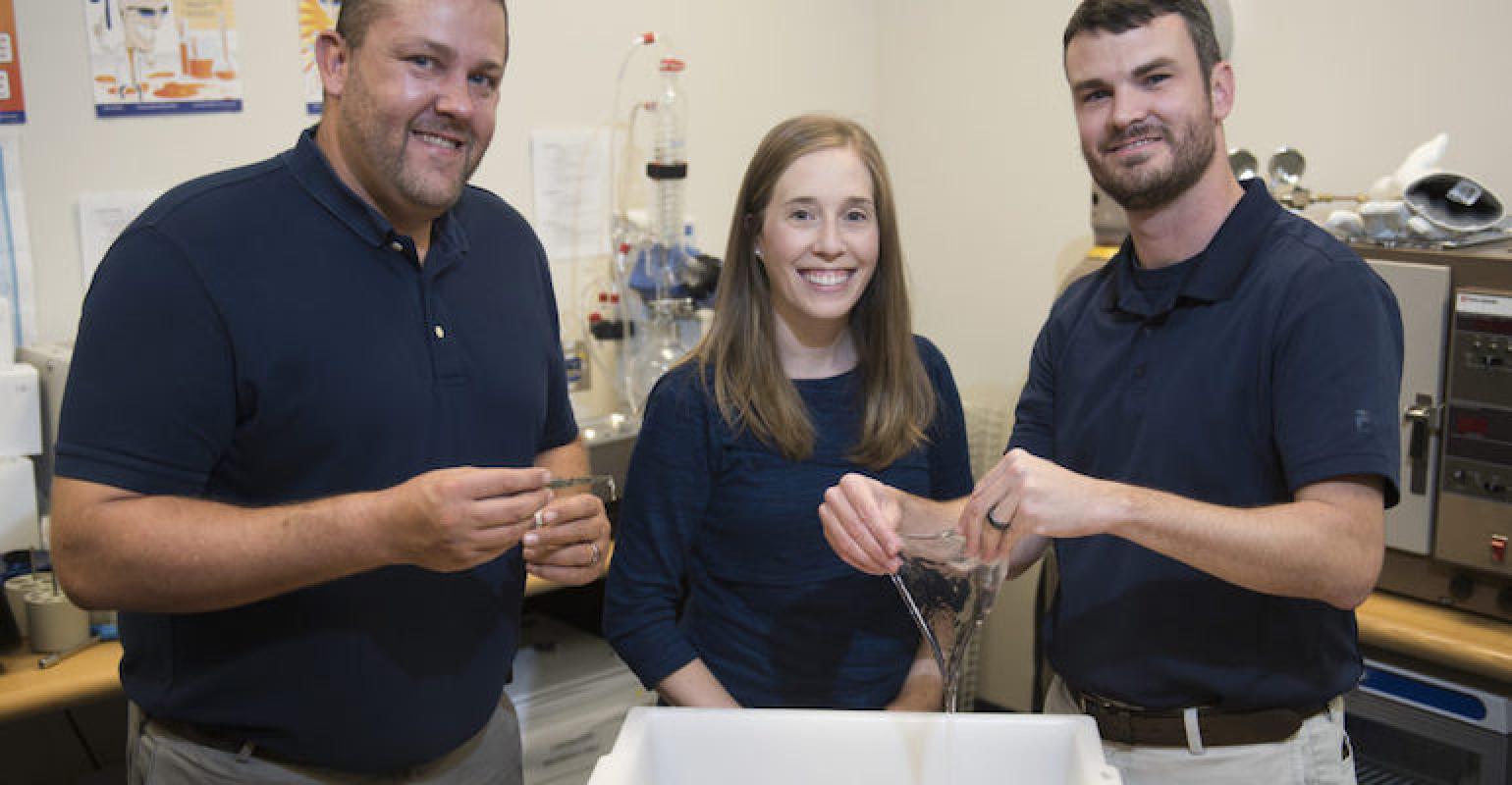 PCL, PHA, PBS, and agar compound breaks down in marine environments at a tailored rate.

Underwater equipment strategically left in the ocean could be made biodegradable, thanks to a recent invention from U.S. Navy scientists. A team of scientists at the Naval Surface Warfare Center in Panama City, Florida, was issued a 20-year patent for a 3D-printable material made of a marine-biodegradable base polymer that it says is easy to build from and would break down over time.

Unmanned or autonomous underwater vehicles (UUVs) are employed to house and deploy oceanic sensors that are designed to be single-use (disposable) or to last a certain amount of time before ceasing to function. Retrieval from the ocean floor can be costly or impossible, so in some cases they may be abandoned — a less than an eco-friendly solution.

By tweaking a combination of polymers including polycaprolactone (PCL), polyhydroxyalkanoate (PHA), or polybutylene succinate (PBS), along with an agar gelling agent, the material can be 3D printed into any size or shape and made to last a specific amount of time before degrading. The new plastic compound was invented by Josh Kogot, Ryan Kincer, and April Hirsch in the center’s Biotechnology Research and Development Lab.

By incorporating biological materials, like the synthetic hagfish slime the same lab invented, the process of biodegradation of the carrier vehicle structure is accomplished by microorganisms or enzymes feed on the biodegradable polymers that comprise the structure.

Through technology transfer, the new biodegradable 3D printing material technology is available to private companies via license agreement. TechLink, the Department of Defense’s national partnership intermediary for technology transfer is providing licensing services to businesses at no cost.

Brian Metzger, a senior technology manager at TechLink, works with the Navy tech transfer team in Panama City to help private companies commercialize their growing list of inventions. Metzger said that the new printing material could be used for any number of applications, not just UUVs and that the first step to commercializing it is licensing the patent.

“Not only can you 3D print this material into just about anything, but to finely control the rate at which it degrades is really useful,” Metzger said. “This technology has the potential to cut costs and benefit the environment, it could have many military and commercial applications for all types of underwater equipment.”