New polyamide 66 grade is based on recycled airbag material 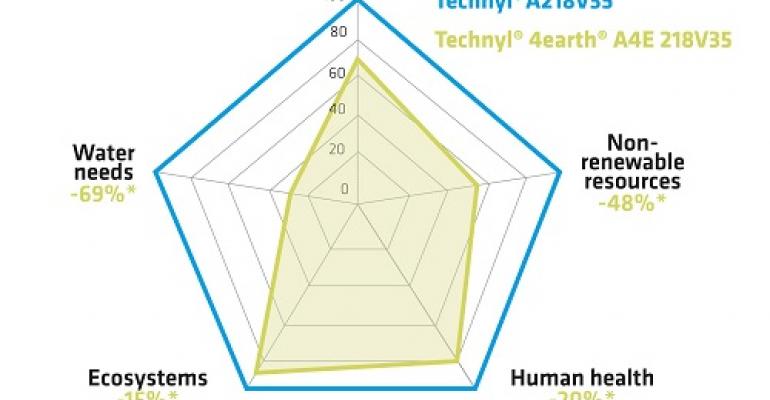 The K show in Düsseldorf was the venue for the official launch of a polyamide (PA) 66 material manufactured using recycled airbags. Technyl 4earth reportedly provided breakthrough environmental benefits as compared to traditional PA 66 with similar performance when compared to the company’s traditional Technyl products. Solvay is already developing a number of applications using Technyl 4earth with major players in automotive and consumer goods markets.

More than 70% of car airbags are made of silicone-coated PA in Europe and up to 10,000 tonnes of post-industrial airbag waste is generated every year in Europe. Solvay has developed a process to remove the 15% silicone component from the airbag fabric and compound the remaining PA 66 into a high-quality recycled compound.

Development work and commercialization was carried out at the company’s Gorzów site in Poland as part of the Move 4earth project supported by the European Commission (LIFE+ program) and recently awarded the Pierre Potier Prize for sustainable and eco-responsible developments. The process can be applied to other post-industrial or end-of-life technical textiles. More than 125,000 tonnes of such end-of-life waste is generated annually worldwide.

“Enhanced consumer awareness and legislation are pushing OEMs and processors to improve sustainability, hence a growing demand for solutions with lower environmental footprint,” claims Peter Browning, General Manager of Solvay’s Engineering Plastics Business Unit. “However, the variable performance of recycled materials prevented our customers from using them in the most demanding applications. With Technyl 4earth, allying eco-design and high performance is now a reality!”