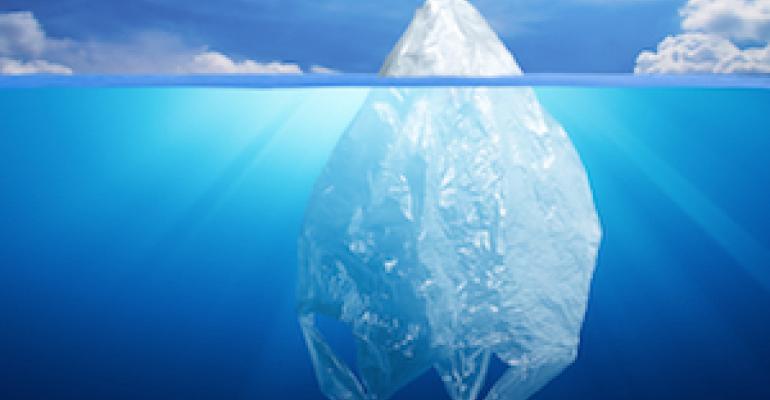 The growing global plastics sustainability movement is one of the biggest potential disruptors for the plastics industry and is putting billions of dollars of industry investments at risk, according to new research from IHS Markit (London). 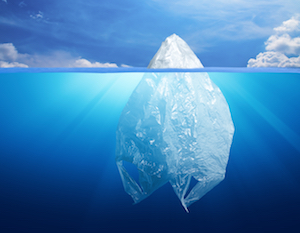 The growing global plastics sustainability movement is one of the biggest potential disruptors for the plastics industry and is putting future plastics resin demand and billions of dollars of industry investments at risk, according to initial research from IHS Markit (London). Sustainability efforts around plastics will, in fact, have significant implications for the entire petrochemical value chain, extending to feedstock markets, according to a new study, Plastics Sustainability – A Sea Change: Plastics Pathway to Sustainability.

Images of the Great Pacific Garbage Patch, estimated to be larger than France and weighing in excess of 593 million pounds, have spurred many consumers to become “increasingly outspoken in regard to plastics use and recycling,” said the report. Consequently, this has led to a push for bans on plastics, particularly for single-use items such as food containers, drinking straws and cutlery, and amplified a call for alternative materials.

However, as we in the plastics industry know and various studies have proven, the alternatives often are less eco-friendly and costlier in terms of energy use and resources. Thus, while consumer activism may have admirable goals—keeping waste plastic out of the environment—the entire petrochemical chain will feel the impact of these efforts, many of which are not based in sound scientific and economic facts.

“Plastics sustainability is, by far, the most critical issue facing the global base chemicals and commodity plastics industry during the decades to come,” said Nick Vafiadis, Vice President of Plastics Research at IHS Markit and lead author of the study. “During the past decade, we’ve seen a rapid increase in consumer activism and regulatory bans and restrictions regarding plastics consumption and the handling of plastics waste, particularly as it relates to single-use-plastics. This is a trend that is going to continue, and the entire petrochemical value chain will be impacted by the coming changes in plastic demand growth, which is what we seek to clarify and quantify in the study.”

While the petrochemical value chain continues shifting with various market drivers, the IHS Markit study notes that “plastics sustainability is no less a fundamental driver.” However, “sustainability is, perhaps, one of the least understood market drivers from a demand, supply, regulatory and technology standpoint,” said Vafiadia.

“It’s a challenge that involves every participant of the value chain, from energy to consumer, encompassing both the private and public sectors. Importantly, plastics sustainability also is one of the biggest potential disruptors on the policy front and an issue that could lead to greater regulation (including bans) and/or deselection by consumers, retailers and brand owners,” he added, noting that all of this is “creating significant investment risk and market uncertainty for plastics producers, processors and consumer packaging companies who must invest now for the future.”

The IHS Markit multi-client study examines regulatory changes, bans and policy initiatives in key countries and regions, including China, Europe, India, the United States and Canada. The study also examines “the potential risk to the entire supply chain from energy to resins, such as the initial analysis that indicated a 10 MMT decline in PE led to a 10 MMT loss for ethylene and would reduce global operating rates for ethylene production by 3 to 5 percent, which is equivalent to slightly less than two years of demand,” said IHS Markit. That, in turn, could reduce global demand for natural gas liquids (NGLs) and naptha, depending on ethylene feed-slate assumptions.”

The research also includes insight and analysis from More Recycling, a consultancy focused on the recycling of postconsumer materials, specifically plastics, and Environmental Packaging International, a consultancy specializing in environmental compliance, product stewardship and sustainability related to packaging and products.

As the industry has shifted from a focus on preventing littering (reactive) to managed disposal of plastic waste (incineration, landfill, export, recycling) to “circularity” in the new “circular plastics economy” and finally to designing plastics to reduce material usage, the solutions will continue to be more “proactive.”

All of this will be discussed at the upcoming Global Plastics Summit sponsored by IHS Markit and the Plastics Industry Association on Oct. 30 and Nov. 1 in Chicago.