‘Superworms’ Make a Meal of Polystyrene 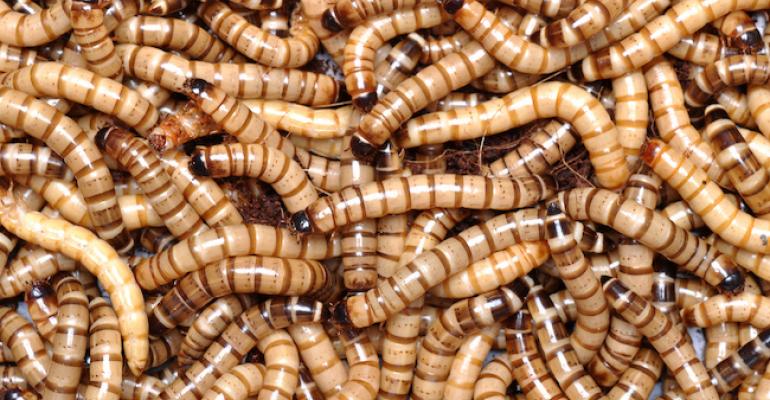 Scientists have found that so-called “superworms” can survive on polystyrene alone and may be able to help rid the world of plastic waste.

Man may not be able to live on bread alone, but scientists have found that so-called “superworms” can thrive on a steady diet of polystyrene! That’s according to a recent article, “Beetle Larvae Can Survive on Polystyrene Alone,” in The Scientist, an online scientific publication produced by science writer Nayanah Siva.

Siva writes that these so-called “scavenger” worms have crawled around the earth for 100 million years, feeding off the bones of plesiosaurs, similar to today’s mealworms and maggots that dine on decaying organic matter. Now, these superworms may be able to help rid the world of plastic waste. According to researchers, the larvae of Zophobas atratus actually thrive on Styrofoam that they’re being fed in a recent experiment. Researchers found that “their gut microbes degraded the polystyrene and converted the complex substance into carbon dioxide.” The findings were published by Y. Yang, et al., in a paper, “Biodegradation and mineralization of polystyrene by plastic-eating superworms Zophobas atratus,” published in Science of the Total Environment.

“The research builds on previous studies that found wax worms and mealworms were also able to eat plastic,” writes Siva. Studies have shown that several small insects can eat various types of plastic such as polystyrene and polyethylene. Siva quotes Anja Malawi Brandon, a PhD candidate at Stanford University who was not involved in this study: “A lot of these insects, such as superworms or mealworms . . . developed over time to be scavengers and eat and break down all sorts of materials that they find, including wood-based material,” which is difficult to degrade.

Siva reports that several years ago, “researchers from the School of Life Science, Beijing Institute of Technology, in China studied larvae of the mealworm beetle, Tenebrio molitor, and reported that the worms were able to degrade and mineralize Styrofoam, confirming that the gut bacteria broke down the polystyrene.”

In their research, scientists “fed one group of superworms Styrofoam as their sole diet and another group a normal diet of bran over a 28-day period to test how the worms digested the polystyrene,” wrote Siva. After analyzing the excrement using “gel permeation chromatography and two types of spectroscopy, the group found that the worms had depolymerized the long-chain polystyrene molecules into low-molecular-weight products.”

Siva noted that studies in December by Brandon and her colleagues at Stanford found that “mealworms were able to eat polystyrene that included a common toxic flame retardant, hexobromocyclododecane (HBCD), and still serve as safe food for other animals.” (Mealworms are often used in animal food because of their high protein and fat content.)

Additionally, the team of researchers “found that the worms eating HBCD-laden polystyrene were just as healthy as the worms that had a normal diet, and the shrimp that ate the polystyrene-fed worms were healthy, as well. [Brandon] and her colleagues were shocked by the results, as they had suspected that chemicals such as HBCD would bioaccumulate in the shrimp.”

According to Brandon, “Plastic represents a lot of energy. It has a lot of carbon and energy for whatever bacteria or organism out there can access it. So, it makes sense that this could be some sort of evolutionary drive to break down these high-energy, dense products.”

Findings like this just might throw a monkey-wrench into the plans of anti-plastics crusaders who want to ban plastics because they are “toxic” to living beings.