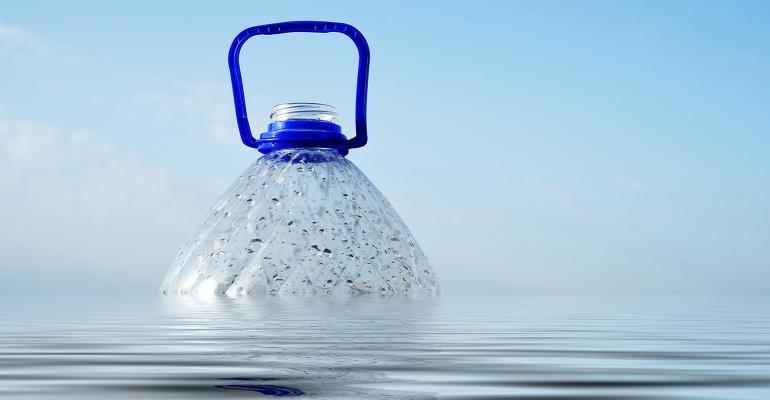 Recycling ocean plastics and converting the waste into new products is still in its infancy, but organizations, startups, and established companies around the world are starting to make waves.

The downside of ocean plastic waste is its ever-expanding volume. But there is good news, too, and it’s often ignored. As new recycling technologies come online to address the mounting problem of plastic waste in our world, start-up firms around the globe are focusing on repurposing ocean plastics.

Plastic is but one element of ocean waste, but it gets almost all of the attention because of its visibility, as much of it floats at or near the surface. While impossible to accurately quantify, marine scientists in 2015 estimated that 150 million metric tons of plastic circulated in our oceans, with eight million tons being added annually. With the volume of manufactured plastics doubling every 15 years, some experts put these numbers considerably higher. The total volume of marine plastics is also expected to triple by 2040. Suffice to say, up-and-coming recyclers will have an unlimited supply of material for the foreseeable future.

University of Georgia environmental engineer Jenna Jambeck says, “Gaining control of plastic waste is now such a large task that it calls for a comprehensive, global approach that involves rethinking plastic chemistry, product design, recycling strategies, and consumer use.”

Discarded plastic has been in our oceans almost since we started making the stuff, but its growth has been exponential since 1950. Until recently, though, a viable market for collecting and repurposing the litter has been absent. This is crucial to make the harvesting, buying, and selling of it profitable and thereby a goal worth pursuing toward its reduction. Since the ocean plastic recycling industry is still in its infancy, market forces such as pricing, quality control, and logistics are in a state of evolution.

While a limited number of organizations and firms currently are engaged in recycling ocean plastic waste, reinforcements are on the way.

Ocean Recovery Group (ORG), a joint venture between 4G Recycling and AE Global headquartered in South Florida with a facility in the Dominican Republic, currently focuses its recovery and recycling efforts in the Caribbean region. In addition to its marine operations, this group employs an "ocean-bound" initiative that strives to intercept or "catch" plastics before they reach the sea. This bodes well as a model for future recyclers to emulate as it creates a two-pronged attack on the problem — stop it before it reaches the sea, and harvest the waste that evades the catch. PlasticsToday recently profiled the group’s efforts in the article, “Ocean Plastic Recycling Advances Near US.”

International organization Oceanamatica, whose mission is ocean debris clean-up but focuses on plastics, states on its website, “Plastics are a resource, not the enemy. This will be a decades-long effort.”

A group called The Ocean Cleanup has a goal of removing 90% of marine plastics and intends to put itself “out of business” when its work is done.

Lofty goals for sure but are they realistic? Time and ingenuity will tell.

Where is it coming from?

Approximately 90% of the ocean’s plastic waste comes from 10 rivers that flow out of eight countries in Asia and India. Rivers in emerging economies, unfortunately, become the garbage disposal for hundreds of millions of people.

Many of those countries have not yet created the infrastructure or enacted regulations to curb their commercial and consumer waste. Consequently, the streams and rivers that act as their waste removal systems feed directly into the sea with disastrous results.

Commercial fishing fleets are among the worst culprits, contributing up to 40% of all ocean plastic waste when they discard worn or damaged nets instead of bringing them back to port for proper disposal. Not all nets are thoughtlessly discarded, though, as they occasionally break loose from their trawling lines during storms.

For perspective on the daunting challenge these firms face, according to Inhabitat, 67 ships spending a year at sea would collect less than 1% of the current ocean plastic waste just in the Northern Pacific. It appears this project will extend beyond a few decades.

Where is it going?

Who’s doing what with it? Once the raw material is harvested and sent to recyclers for processing, where might it go?

Recycled Coastal Plastics is dedicated to reducing Europe’s coastlines of plastic waste and returning it to the food packaging supply chain. Working in partnership with Athens, Greece­–based non-profit collection firm Keep Sea Blue, whose efforts are focused on attaining a plastics-free Mediterranean Sea, these two groups maintain regional production plants near high tourism areas across Europe to collect much of the waste at its source. "Catch" strategies such as these continue to evolve on shorelines around the globe attempting to reduce plastic waste before it gains entry to the sea.

Once harvested, other types of partnerships are developing to make use of the feedstock plucked from the ocean. Sportswear company Adidas and environmental organization Parley are committed to incorporating recycled ocean plastic into their products. The Adidas/Parley partnership manufactured 11 million pairs of shoes in 2019 made partially from recycled ocean plastics.

Fishing gear and apparel creator Grundens is marketing a line of equipment made from recycled Alaskan fishing nets. Other firms are developing products sourced from fishing nets, such as sunglasses, skateboards, and cell phone covers.

Perhaps these initiatives are inconsequential on the global scale, but they are a step in the right direction and gaining momentum. They are significant in that we recognize the size of the problem we have created and we’re taking action to change what we have wrought.

The future of ocean plastics recycling

Plastics are not going away. Our dependency on them will continue to increase with the growth of our population and the need for plastic’s convenience and safety. Cynics would say attempting to recycle marine plastics is a lost cause due to the increasing volume of polymer waste finding its way to the sea every year.

Those with vision see a multi-faceted answer to our complex ocean plastics problem, recycling representing a significant part of the overall strategy. As marine recyclers grow in number and devise more efficient methods of harvest, the future of ocean plastics recycling is, indeed, bright.