Which Is Better for the Environment — Biodegradable or Recyclable Plastic? 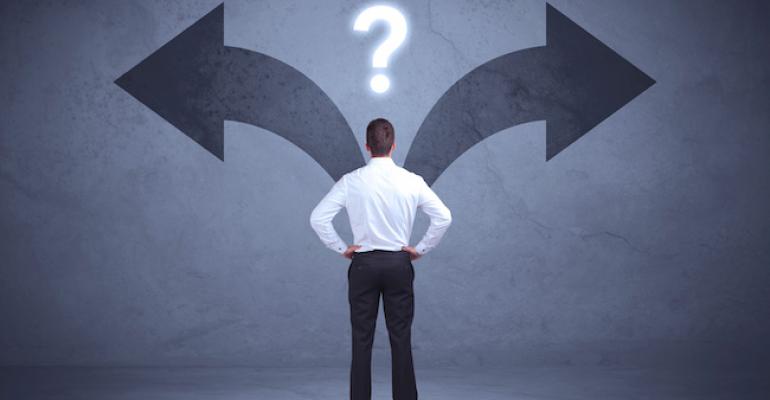 Two new studies from IDTechEx weigh the pros and cons of the two methods for tackling the plastic waste problem.

Biodegradable plastics aren’t really good for the environment because to biodegrade they have to be left out in the open. Recycling, on the other hand, helps capture the value of certain polymers — primarily PET and HDPE, some PS and PP — but the costs of collection, sorting, and transportation involved with mechanical recycling continue to raise challenges. Two new studies from IDTechEx seek to clarify these issues.

The reports rightly point out that there has been an increased focus on biodegradable plastics as a potential solution to the proliferation of plastic waste. Despite promises that biodegradable plastics will break down — some would say fragment — naturally in the environment, the end-of-life problem remains. Fragmentation isn’t exactly like dissolving into the ground and disappearing.

IDTechEx points out that only about half of bioplastics are, in fact, biodegradable. “Just because a material is sourced biologically does not necessarily mean it will break down in the natural environment. Many well-publicized bioplastics, such as the bio-sourced PET used in Coca-Cola’s PlantBottle, are not biodegradable,” said the executive summary.

A second issue revolves around the meaning of “biodegradable” plastic, which has led to much consumer confusion over exactly how bioplastics break down in the  natural environment and over what period of time. Most biodegradable plastics would not meet the expectations of brand owners or consumers if a bottle labeled as biodegradable takes months to disappear. The “Bioplastics 2020-2025” report uses PLA as an example. “If a PLA bottle were dumped into the ocean, it would take hundreds of years to break down,” said IDTechEx, noting that PLA will break down in an industrial composting facility “where it can be heated to a high enough temperature where microbes can break it down at an appreciable rate.” The report provides an overview of the biodegradability of all the common bioplastics.

Some advanced recycling technologies are not quite ready for prime time, and the logistics of getting hard-to-recycle plastics to these facilities as they come on line continue to be a challenge. The IDTechEx report looks at pyrolysis and other forms of depolymerization to create fuel and chemical feedstocks as well as monomers from waste plastics “that can go back into the wider value chain, contributing toward a more circular economy.”

Mechanical recycling presents continued challenges that need to be overcome to be able to offer an economically viable solution, including first and foremost getting the participation of people to keep all plastics out of the environment and into the proper stream for recycling.

IDTechEx points out that both biodegradable and recyclable plastics “struggle to compete with historically low oil prices that make conventional production and disposal of [single-use plastics] by far the cheapest option, although emerging technologies are helping to end this narrative.” Additionally, these two solutions are in competition with each other. For example, “an increased focus on recycling will lead to a smaller potential market for bioplastics, compounding the economic issues that the field faces.”

What IDTechEx did not note in the reports’ summaries is that biodegradable plastics are not recyclable and must be kept out of that stream unless and until polymer compatibilizers are more commonly used in the recycling process. With biodegradable and compostable plastics getting blowback, particularly from some European countries because of the challenges associated with these material types, it remains to be seen if recycling — both mechanical and advanced technologies — will win out as the most environmentally friendly method of processing plastic waste.