Is wood-based material a viable alternative to EPS foam? Call me skeptical 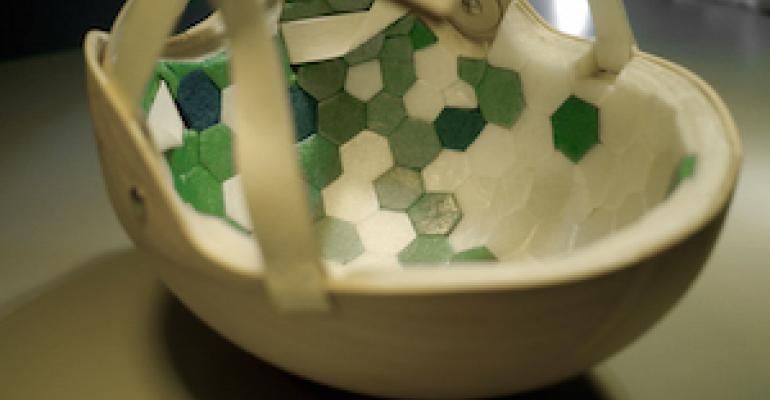 I came across an article in the online publication Product Design & Development in which Associate Editor Katie Mohr profiled a bicycle helmet that uses wood for the shell as well as an alternative to Styrofoam for the protective inner liner. Mohr was enthused about this wood alternative to Styrofoam, called Cellufoam, because of Styrofoam's pariah status in many cities.

I came across an article in the online publication Product Design & Development in which Associate Editor Katie Mohr profiled a bicycle helmet that uses wood for the shell as well as an alternative to Styrofoam for the protective inner liner. Mohr was enthused about this wood alternative to Styrofoam, called Cellufoam, because of Styrofoam's pariah status in many cities. She cites the "growing list of cities" that are banning the substance, noting also that "[expanded] polystyrene foam—despite the fact that it's a dangerous, non-recyclable pollutant—is widely used in everything from take-out containers to bicycle helmets." 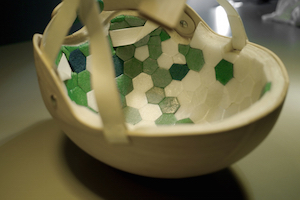 The idea for Cellufoam came out of a research group within Sweden's Wallenberg Wood Science Center (WWSC; Stockholm) and has been further developed by Cellutech, also based in Stockholm. Cellufoam "is made of nanocellulose produced from wood pulp and is, therefore, both renewable and biodegradable," said Cellutech's information. The wooden bicycle helmet, which has a "durable" paper strap, is the first example of how Cellufoam can be used, said the company, but work is in progress to find other applications that can replace EPS.

Mohr also mentions the advantages that wood has over EPS, in that Cellufoam is renewable and biodegradable—"two things that petroleum, and thus polystyrene, are not." In the comments section at the end of the article, I noted that the attempted ban of EPS containers in New York City, one of several municipalities that have attempted to ban these products, was overturned in September 2015, because of the recyclability of the material. The city had to be educated on the recyclability of EPS, and that there was also money to be made for the city through an EPS recycling program.

While Mohr mentions the "dangers" of EPS, I noted that the only things that make EPS dangerous are the messy litterbugs who care little for the environment and don't recycle or dispose of the material properly. The way people handle plastic containers, bags, and any type of packaging is key to keeping this valuable material in its proper place, where it can be recycled and the long-term value of its properties can be captured.

While I think that innovation is always a good thing, I'm reminded of a comment by Bill Banholzer, a former chemical engineer at Dow Chemical and currently Senior Advisor at the Wisconsin Energy Institute: "Just because something is possible doesn't mean it's practical." It also doesn't mean it is more cost effective or more energy efficient to produce.

If you're going to solve a perceived problem, then you have to make sure that the solution offers distinct advantages over the current product. The entire production, use and disposal life cycle has to be evaluated to determine how the wood cellulosic material is produced—the energy it takes to produce it along with the cost (both monetary and environmental) of any other chemical additives in the industrial process. You also need to consider where and how this cellulosic material will be recycled. That certainly won't be in a plastics recycling system. Perhaps it can be processed in a composting facility, if it can be determined that the material will biodegrade in the amount of time outlined in the Green Guidelines established by the federal government.

Through this evaluation, scientists can determine the true advantages of a material and whether it is more energy efficient at scale, which is an important factor if you're developing a disruptive technology, since it must have scale to make it both cost effective and energy efficient compared with EPS. I'm going to ask Cellutech about those factors. I'll get back to you on that.

As a seasoned investigative journalist told me back when I was in journalism school, there are always three sides to every story: Your side, my side and the truth, which lies somewhere in the middle.

I think that Sweden has vast swaths of forest from which it can get enough wood to make this EPS alternative (and I'm assuming a wooden helmet shell is an alternative to a hard plastic helmet shell). However, you have to remember that cutting down forests is a CO2 producer, so that will have to be figured into the mix, as well.

However, once again, I'm reminded of what Jon Huntsman Sr. (developer of the EPS clamshell fast-food containers) told me years ago as he defended the science of using EPS as opposed to paper containers: "Let's use old dinosaurs, not new trees."