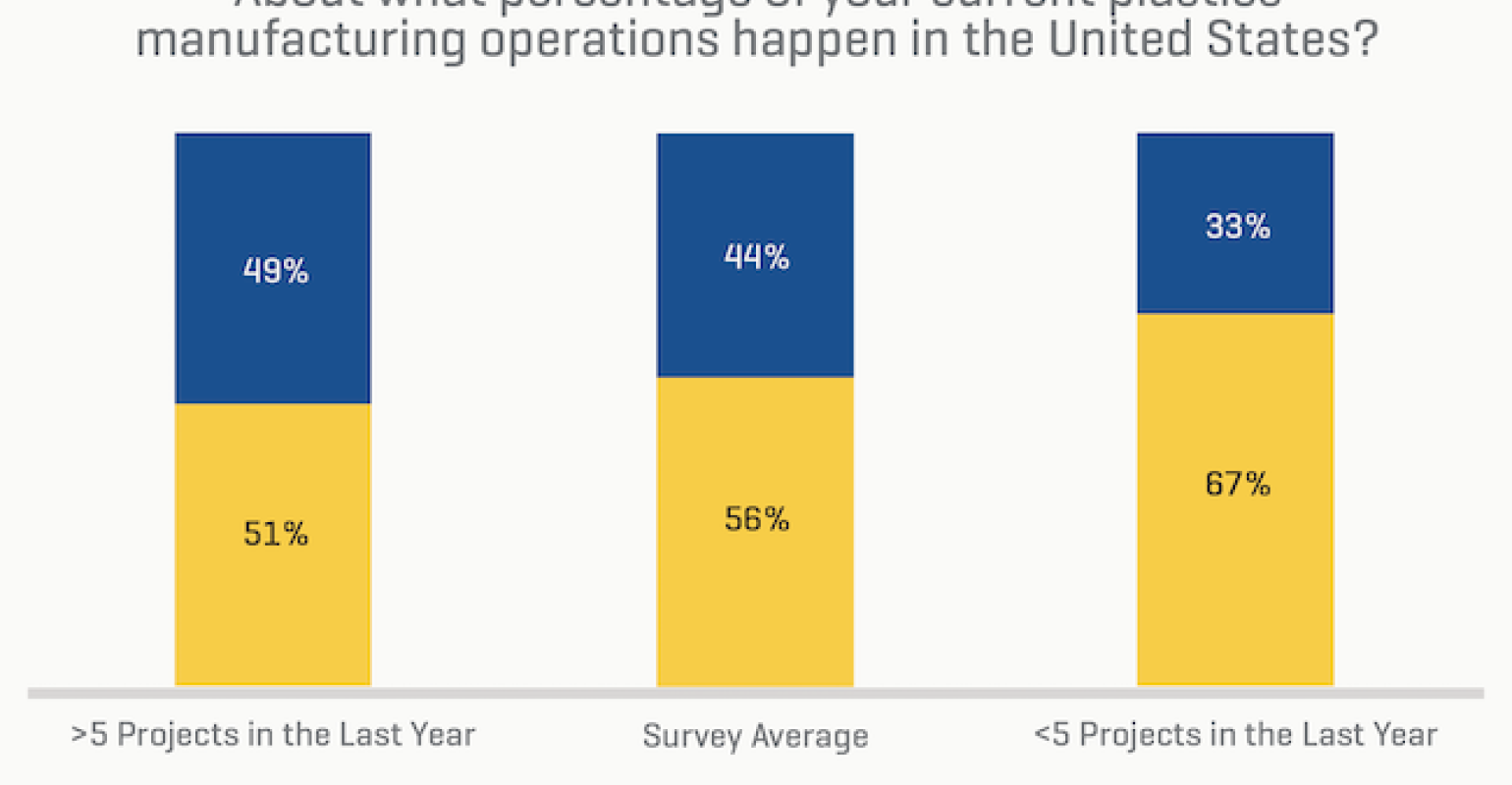 The sixth annual survey conducted on behalf of Ray Products Inc., a heavy-gauge thermoformer based in Ontario, CA, found that, on average, 56% of respondents’ manufacturing activity happens in the United States, although 14% of companies that do not currently offshore plastics manufacturing are considering doing so in the years ahead. The preference for domestic manufacturing is especially pronounced among medical device OEMs (70% of their manufacturing is done domestically) and the transportation/mass transit sector (63%). Also, companies that reported fewer than five plastics manufacturing projects in the year sent 49% of their work overseas compared with 33% among companies with more than five projects.

Here are some more results from the survey of more than 200 manufacturing professionals that was made public today.

Although an overwhelming number of respondents placed quality at the top of their priorities when choosing a plastics manufacturer, total project cost ranked first when asked about their biggest processing challenge for parts they are receiving today. Repeatability and assembly concerns followed.

For the first time since Ray Products started conducting this survey, respondents anticipate an overall decrease in the number of plastics manufacturing projects they expect to take on this year. Twenty-three percent said they expect to undertake fewer projects than last year compared with 18% who expect to take on more. Fifty-nine percent said they expect to do the same as last year. Industry analysts predict 4% growth for the global plastics industry through 2025, said Ray Products, so time will tell if this survey result is an anomaly or longer-term trend.

In past surveys, injection molding has consistently climbed in popularity when manufacturers were asked which processes their company currently uses, from 59% in 2015 to 73% last year. In the 2019-2020 survey, however, that number dipped to 45%, a 38% year-on-year drop.

As injection molding has dipped, the use of thermoforming has increased slightly year on year among respondents. It is worth noting that Ray Products, which commissioned the survey, is a thermoforming company and that makers of plastic enclosures represent a significant percentage of survey respondents.

The complete survey results are available as a free download (registration required) at the Ray Products website.