UN says biodegradable plastics are not the solution to marine litter 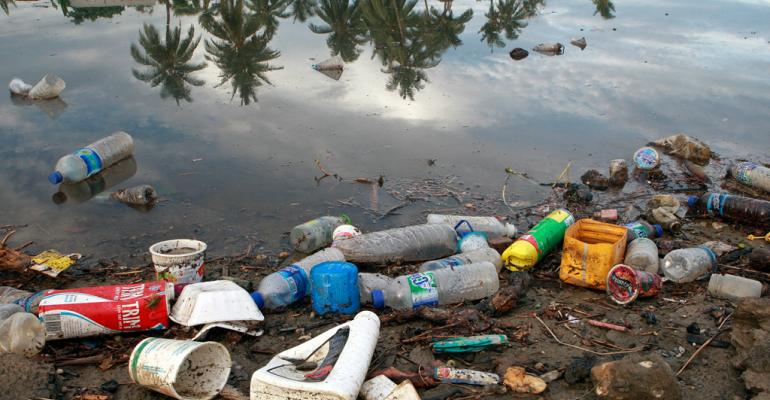 According to a United Nations report issued earlier this week, mainstream adoption of products labelled “biodegradable” does not contribute significantly to lower volumes of plastic entering our oceans nor the physical and chemical risks that plastics pose to marine environment.

According to a United Nations report issued earlier this week, mainstream adoption of products labelled “biodegradable” does not contribute significantly to lower volumes of plastic entering our oceans nor the physical and chemical risks that plastics pose to marine environment.

The report, entitled “Biodegradable Plastics and Marine Litter. Misconceptions, Concerns and Impacts on Marine Environments,” finds that complete biodegradation of plastics occurs in conditions that are rarely, if ever, encounter marine environments, with some polymers requiring industrial composters and prolonged temperatures of above 50°C to disintegrate. There is also little evidence proposing that labelling products as “biodegradable” actually does anything to the public's inclination to litter.

The report marks the 20th anniversary of the Global Programme of Action for the Protection of the Marine Environment from Land-based Activities (GPA), an intergovernmental mechanism hosted by the UN Environment Program (UNEP).

“Recent estimates from UNEP have shown as much as 20 million tonnes of plastic end up in the world’s oceans each year,” said UNEP’s Executive Director Achim Steiner in a press release.

“Once in the ocean, plastic does not go away, but breaks down into microplastic particles. This report shows there are no quick fixes, and a more responsible approach to managing the lifecycle of plastics will be needed to reduce their impacts on our oceans and ecosystems.”

In 2014, a study by UNEP and partners projected that nearly 280 million tonnes of plastic is produced globally each year and only a very small amount is actually recycled. Instead, some of that plastic ends up in our oceans, resulting in several billion dollars allocated annually in environmental damage to marine ecosystems.

Also, concern has reportedly grown over microplastics, which are particles up to five millimeters in diameter, either manufactured or created when plastic breaks down. Their ingestion has been widely reported in marine organisms, including seabirds, fish, mussels, worms and zooplankton.

The new report aimed to verify a thesis that plastics considered “biodegradable” may play an important role in reducing these negative environmental impacts.

It finds that plastics most commonly used for general applications, such as polyethylene (PE), polypropylene (PP) and polyvinyl chloride (PVC) are not biodegradable in marine environments. Polymers, which biodegrade under favorable conditions on land, are much slower to break up in the ocean and their widespread adoption is likely to contribute to marine litter and consequent undesirable consequences for marine ecosystems.

The study also examines the environmental impacts of oxo-degradable plastics, enriched with a pro oxidant, such as manganese, which precipitates their fragmentation. It found that in marine environments the fragmentation is fairly slow and can take up to five years, during which the plastic objects continue to litter the ocean.

According to UNEP, oxo-degradable plastics can pose a threat to marine ecosystems even after fragmentation. The report says it should be assumed that microplastics created in the fragmentation process remain in the ocean, where they can be ingested by marine organisms and facilitate the transport of harmful microbes, pathogens and algal species.

The report also cites research that suggested some people are attracted by “technological solutions” as an alternative to changing behavior. Labelling a product as biodegradable may be seen as a technical fix that removes responsibility from the individual, resulting in a reluctance to take action.