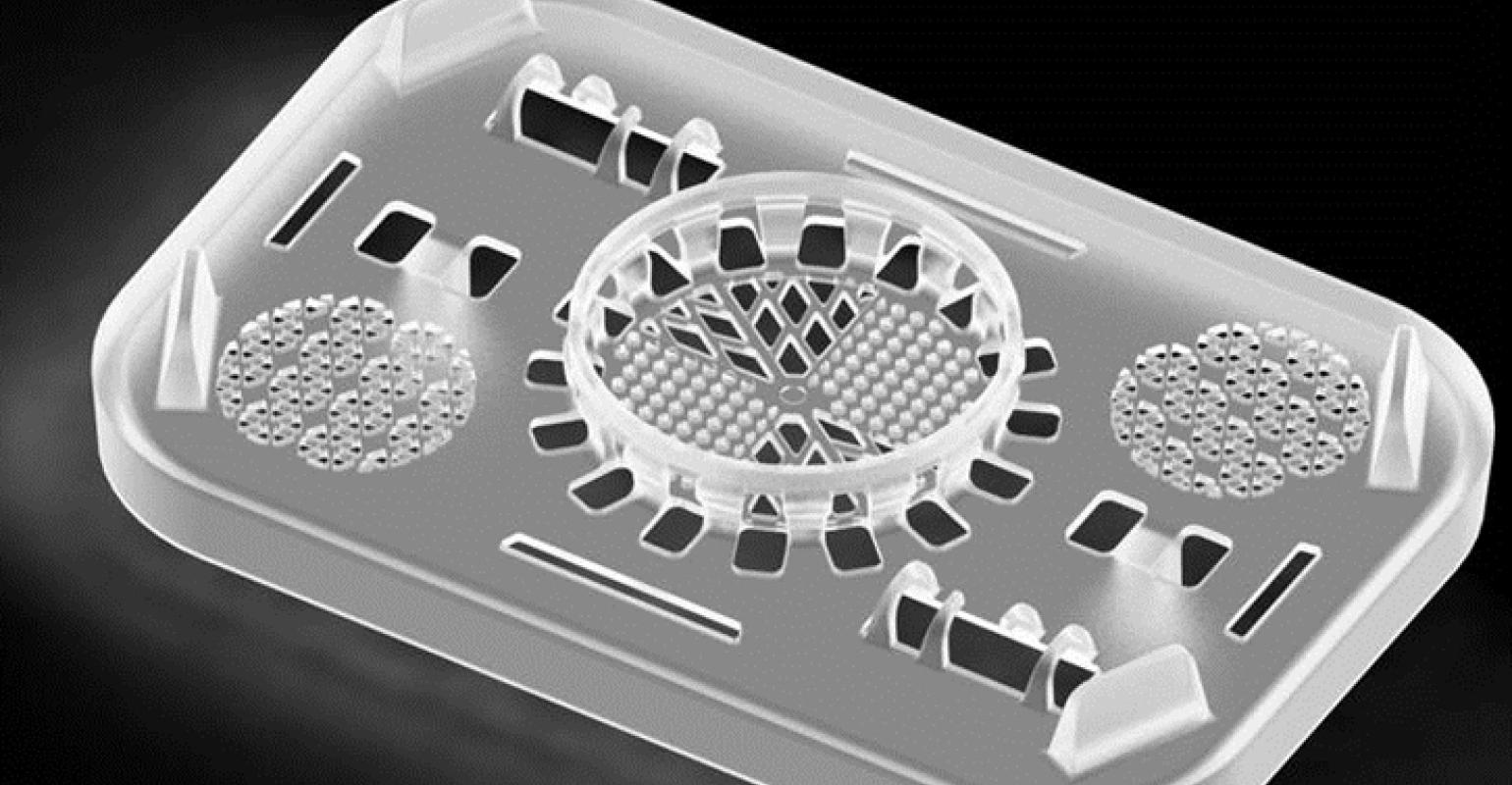 An Ohio processor is growing 15-20% per year in part due to proprietary technology to injection mold tight-tolerance medical components from tough-to-process fluoropolymers. One of its biggest breakthroughs has been development of a direct gating technology that eliminates runner waste.

An Ohio processor is growing 15-20% per year in part due to proprietary technology to injection mold tight-tolerance medical components from tough-to-process fluoropolymers. One of its biggest breakthroughs has been development of a direct gating technology that eliminates runner waste.

In an interview with PlasticsToday, Ken Kelly, general manager, said that Performance Plastics has added three Roboshot electric molding machines from Milacron recently and is on track to buy another. "We have $1 million in additional medical business coming in the third quarter," he said.

So far the focus is on Class 1 medical devices, but the company is bidding on Class 2 work where the inertness of the highly crystalline fluoropolymers could play a critical role.

Ten-year effort
Behind the growth is a ten-year project to perfect the molding of fluorinated ethylene propylene (FEP) and perfluoroalkoxy (PFA), which are highly inert and compatible with most organic compounds, while also possessing good barrier, friction and wear properties. The materials have high continuous-use temperatures that can withstand repeated steam sterilization.

Fluoropolymers are also well known for their extremely low coefficient of friction properties that can reduce liquid, gel and powder adhesion and stick slip without the need for silicone coatings. Any reduction in chemical contaminants is a major plus in the current medical environment.

Those properties make FEP and PFA great candidates for medical applications. There's a perception obstacle, however.

"Many people still think that sintering or machining are the only viable processing alternatives for fluroropolymers because of corrosion and thermal issues during the traditional injection molding process," Kelly said. Part of that perception is based on the fact that polytetrafluoroethylene (PTFE) cannot be melt processed. But many people are not aware of the work that can be done with FEP and PFA.

The issues with fluoropolymers are significant.

Kelly said that Performance Plastics has had a focus on developing parts from fluroropolymers, PEEK, Torlon and other performance plastics since it was formed in 1982. Around 2002, engineers at the company began asking: "How can we scale this up to make tens of millions of parts?"

Original focus was on metals that could be used in tools, hot runner systems, screws and barrels that could handle corrosiveness of fluroropolymers, while also providing hardness for long life.

Performance Plastics developed proprietary alloys and is now on a second generation material called PPL Tip Alloy B that shows an improvement of 250 times the resistance when compared to SS420, a stainless steel alloy commonly used in tools to prevent corrosion.

Kelly said that the PPL alloys for tip and mold have hardness values ranging from 46 HRC to 56 HRC to maintain surface integrity and excellent corrosion resistance. Composition of the alloys is a trade secret.

In fact, Kelly said that Performance Plastics uses a third party to produce hot runner components which are then assembled into a hot runner system by its own tool makers. The third party doesn't know the whole picture, and neither does the hot runner supplier.

In addition to the tooling challenges, venting and precision thermal management of the equipment required new designs to handle the toxic fumes and high continuous heat generated during processing.

The only supplier Kelly was willing to name in the interview is Milacron, which supplies Roboshot machines. Perfomance Plastics worked with Milacron suppliers to provide special screws, barrels and other components that could handle fluoropolymers.

It's not clear how unique the company's capabilities are in fluoropolymer injection molding. Kelly said he has been told by a major medical device manufacturer that it believes Performance Plastics is the only company that can direct gate molded fluoropolymer parts, eliminating runner waste. That translates into major savings because the resin is expensive, and waste typically cannot be reused due to medical specifications.

One result is that Performance Plastics exports up to 30% of its total output annually. Some customers are divisions of global OEMS based in the United States. Interestingly, some are Asian OEMs with no U.S. operations.

Parts now molded by Performance Plastics with the new technology include a syringe and plunger with 0.10 mm molded-in membrane. The plunger has undercuts and no parting lines. Elimination of "stick slip" because of low surface adhesion provides smooth plunger action for better delivery control.

Performance Plastics operates 22 injection molding machines with a tonnage range form 33 to 330. Kelly said the sweet spot for the company's business is in the 110 to 165 range in tons of clamping force. Head count has held steady for the past four year despite the strong growth because of increased automation and investment in high-speed vision equipment.

Much of the fluoropolymer molding capability was driven originally by the consumer electronics business. That knowledge is now being applied increasingly to the medical market. About 30% of its business is now in medical. One particular target will be replacement of glass in syringes, where there have been breakage, inertness, barrier and other concerns.