Clare Goldsberry once worked in the industry she now writes about, giving her a unique perspective on the issues she reports on. That viewpoint was on display in her blog looking at the potential pitfall processors set for themselves when they only spec one material for a project. Should that material supply be interrupted....well, you get the kind of hullaballoo that has surrounded the current PA12 shortage in the automotive sector.

Clare Goldsberry once worked in the industry she now writes about, giving her a unique perspective on the issues she reports on. That viewpoint was on display in her blog looking at the potential pitfall processors set for themselves when they only spec one material for a project. Should that material supply be interrupted....well, you get the kind of hullaballoo that has surrounded the current PA12 shortage in the automotive sector. One that has put single source supply, and Marl, Germany, on the map in more ways than one.

China won many jobs from the west on the basis or cheap labor, so what happens when those labor costs start rising? According to Stephen Moore, the wage inflation has helped promote automation in the People's Republic, with machinery suppliers trying to exploit the new interest in robots.

Did DuPont's emphasis on the solar market cost its Tedlar product market share in aviation? Doug Smock spoke with John E. Odom, DuPont's global business manager for Tedlar films, about the Tedlar film market and his company's recent capacity expansion. Elsewhere, Doug looked at how a laser technology developed in Russia in the 1990s for the telecommunications industry could be applied today in medical since it allows clear materials to be welded together. Finally, whether or not the FDA or other regulatory agencies move against materials like PVC, it seems that hospitals are more than willing to take action on their own. Doug looks at a California hospital that rid itself of PVC in tubing and IV bags all the way back in 2005.

Pepsi, Ampac, Kraft, Starbucks, ConAgra and more sounded off on the current state of packaging and where its headed at the TAPPI PLACE conference in Seattle this week, with Heather Caliendo there reporting on all of it. Attendees were surveyed on a number of issues, including what would be the next source of innovation; their answer: materials. Starbucks addressed the duality of its ubiquitous coated paper cups: iconic consumer brand and, for some, single-use environmental scourge. Finally, this Sunday, you can take care of mom and mother earth, with some plastic flowers.

More than 5000 miles from Seattle, Karen Laird reported from Europe's biggest plastics show in 2012, Plast 2012 in Milan, Italy. Macro used the show to launch its newest photovoltaic sheet system, while Ferromatik Milacron expanded its modular F Series of injection molding machines in Milan and PolyOne signed a deal with Xenia on carbon-fiber-reinforced plastics. Karen's Green Matter column this week featured a conversation with Richard Eno, CEO of Metabolix, a company that's had a very eventful 2012.

Finally, last week in this space, I characterized Harry Moser's reshoring quest as "Quixotic", but Mr. Moser wrote to assure me he is not tilting at any windmills. The U.S. plastics and manufacturing industry is lucky to have such a devoted advocate, and I stand corrected. 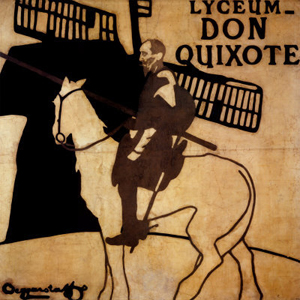 Tony,
Thanks for running Glenn's and Clare's articles and for putting Glenn's article and my efforts at the top of the weekly review.
I do take exception to your phrase "somewhat Quixotic quest."  My Webster's defines Quixotic as: "Like, or characteristic of, Don Quixote; idealistic but unpractical."  The same dictionary defines Don Quixote as: "a country gentleman who, crazed by his reading of the books of chivalry, rides forth to defend the oppressed and right wrongs." A literal conclusion from your usage: I am well-meaning but crazed and unpractical.

This view is inconsistent with the following:

The timely implementation of reshoring depends on educating customers to base their sourcing decisions on TCO instead of price and contract manufacturers to use TCO when selling.  Your reference to a "Quixotic quest" could be compared to someone moving the dragon or windmill with which Don Quixote jousted. You just made the "quest" more difficult. A more accurate choice of words might have been: challenging, difficult or, if you wanted actually to help strengthen the U.S. or N. American plastics industry: "admirable" or "deserving of continued support by everyone in our industry."