What the future is bringing: trends to watch in bioplastics 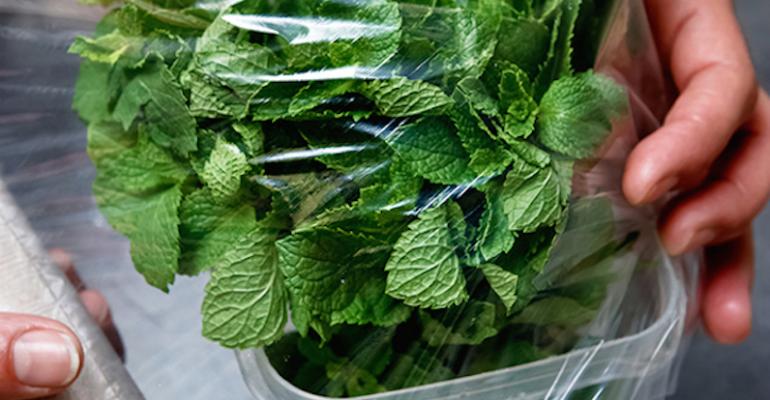 When, in the past, bioplastics were more or less equated with lackluster, tired-looking materials mainly derived from starch, few in the industry took their use very seriously. Poor processability combined with indifferent mechanical properties and uncertain availability meant that their main advantage was, if anything, biodegradabilty and applications were mainly confined to golf tees and flowerpots. All that has changed, however. As the industry matures, the range of materials qualifying as bioplastics has expanded dramatically.

When, in the past, bioplastics were more or less equated with lackluster, tired-looking materials mainly derived from starch, few in the industry took their use very seriously. Poor processability combined with indifferent mechanical properties and uncertain availability meant that their main advantage was, if anything, biodegradabilty and applications were mainly confined to golf tees and flowerpots. All that has changed, however. As the industry matures, the range of materials qualifying as bioplastics has expanded dramatically. Bioplastics today can be derived from biomass - but also from petroleum. They may be suitable for home composting - or for industrial composting only. Some are biodegradable - but only under certain, specified conditions. Many bioplastics have been developed for durable applications; like their conventional counterparts, they are suitable for recycling - thermal and mechanical. Applications range from the automotive industry to teabags, and a great deal in between. Bioplastics, in short, make up a wide and varied group of materials, in which a lot is going on.

A few ways in which the bioplastics winds are blowing:

Bioplastics are a growth market. In fact, just three weeks ago chairman of European Bioplastics Francois de Bie, announced at the 2014 Bioplastics conference that "bioplastics would exhibit 'stellar' growth"; this, on the basis of the recently released newest data from this association forecasting a growth in global production capacity of over 400% through 2018, to approximately 6.7 million metric tons. Demand is expected to show robust growth in all geographic regions, as consumers increasingly turn to renewably sourced and sustainable materials and - especially with the availability of so-called drop-ins - bioplastics gain the acceptance of the plastics industry, i.e. compounders and processors, as well as of major brand owners. China, for example, is becoming a huge consumer of bioplastic resins, which are used to produce manufactured goods for export.

New product development will yield novel polymers (PEF) and materials with enhanced properties (blends), expanding the range of available bioplastics. New applications, such as 3D printing, have resulted in the development of bioplastic filament material. This is an area where explosive growth is expected. Increasingly, too, legislation aimed at promoting the shift to a circular economy, in which bioplastics play a fundamental role, will also stimulate demand.

Consider the following: overall, the European bioplastics industry already employs, at a conservative estimate, 23,000 people. By 2017, the European Bioplastics association says this could grow to more than 100,000 European jobs, which is why it has called for the EU legislators to recognize the "immense environmental, economic growth and job creation potential of our industry." And it's not just Europe: in a similar vein, SPI President and CEO William R. Carteaux commented at the opening of the third-annual Innovation in Bioplastics Award Competition: "Bioplastics represent an increasingly larger part of today's market, but the sector's continued growth and development is pivotal to the entire plastics industry's future, as consumers and policymakers alike work to reduce waste while creating thousands of green jobs."

3. Learning from the oil industry: the rise of the biorefinery.

According to Wikipedia, a biorefinery is a facility that integrates biomass conversion processes and equipment to produce fuels, power, and chemicals from biomass - a concept analogous to today's petroleum refineries, which produce multiple fuels and products from petroleum. The idea is simple: instead of single product processes, production is integrated to produce biobased building blocks and materials as well as energy carriers (e.g. fuel), an approach that offers an efficient valorization of whatever biomass resources are locally available. Because they are not dependent on imported feedstocks, but can be integrated into the local infrastructure, biorefineries are thus also seen as a means to stimulate regional and rural development. According to the World Economic Forum, global revenue generated from biorefining could amount to $300 billion by 2020, with the production of renewable chemicals and their polymers alone generating as much as $15 billion.

Various platforms and models are being researched and experimented with, but there are already biorefineries up and running: in May of this year, PlasticsToday reported on one such project called Matrìca that opened in Italy [Matrìca: Ambitious biorefinery project to produce new sustainable building blocks and additives].

Meanwhile, Asia is expected to continue to expand its role as major bioplastics production hub. The region already accounted for 51.4% of global bioplastics production capacity in 2013, and most of the announced projects planned in the future are to be implemented in Thailand, India and China. By 2018, over 75% of bioplastics will be produced in Asia. Europe, although at the forefront of research and development, will be left with only roughly 8 percent of the world's production capacity, down from 17.3, and North America with a mere 4.3%, compared to 18.4% in 2013. Production is expected to hold steady in South America at just over 12%.

The idea that end-of-life disposal routes need to be established for bioplastics is one that is finally being given serious consideration. It's an issue that scientists, manufacturers, regulatory bodies and consumers are wrestling with, each in their separate ways. When can a plastic container go in with the organic waste? Can bioplastics be sorted out at traditional recycling facilities, or are separate recovery and recycling plants needed? Can bioplastics be landfilled? Misunderstandings about drop-in biobased materials - bio-PE, for example - that have the exact same chemical makeup as their petroleum-based equivalents abound; contrary to what many believe, these can be recycled alongside conventional materials with no fear of 'contamination.' As more and more bioplastics enter the waste stream, these are all issues that need to be - and will be - addressed. Solving end-of-life issues is a prerequisite for fully realizing the sustainability potential of bioplastics in the future.