Will food innovation provide an opportunity for the packaging industry?

I recently came across an interesting article on The Guardian. No, this one was not about Edward Snowden and the NSA, but rather about a recent investment trend in Silicon Valley, which may provide a business opportunity for those in packaging.  According to The Guardian, one of the "hottest" trends enticing Silicon Valley investors is centered on food, or more specifically, the future of our food.

I recently came across an interesting article on The Guardian. No, this one was not about Edward Snowden and the NSA, but rather about a recent investment trend in Silicon Valley, which may provide a business opportunity for those in packaging.

According to The Guardian, one of the "hottest" trends enticing Silicon Valley investors is centered on food, or more specifically, the future of our food.

In a world of seven billion people, set to grow to nine billion by 2050, many entrepreneurs believe food innovation will provide a well-founded business opportunity. 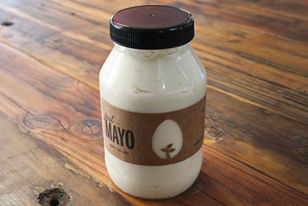 For instance, Hampton Creek Foods in San Francisco is working on chicken-less egg substitute. The company, which features tech-giant Bill Gates as an investor, believes the current meat, agriculture, dairy and egg supply chain may not be able to meet the growing demand for protein. For instance, in developing countries such as China and India, meat consumption continues to rise.

On Gates' site, he wrote, "Raising meat takes a great deal of land and water and has a substantial environmental impact. Put simply, there is no way to produce enough meat for nine billion people."

Hampton Creek touts that its plant-based substitute will focus on sustainability in the supply chain due to its process, which requires less water to feed the plants and less CO2.

Another meat-less company receiving attention is Beyond Meat, makers of plant-based protein foods that "take the animal out of meat." The company's chicken-strip like packaged food recently hit Whole Foods store shelves. Backed by Twitter co-founders, Biz Stone and Evan Williams' investment firm, the chicken-free strips have been in development for more than a decade.

According to a new release, Beyond Meat CEO Ethan Brown believes the future of protein is animal-free. 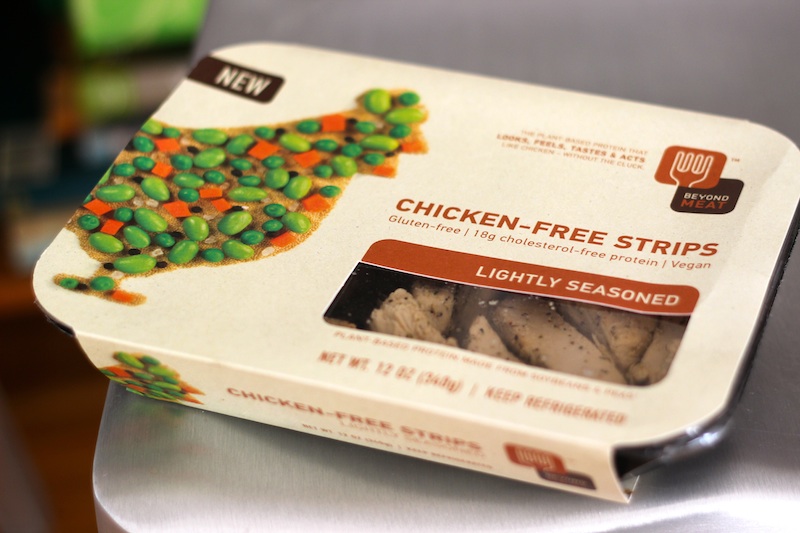 "We want Beyond Meat to be sold as a meat alternative in places where you ordinarily will find meat - whether that is in the meat case at your local grocery store, or your favorite fast food chain," he said. "This is very different from how meat alternatives are positioned today where you have to hunt them down in a separate refrigerated section far from areas where you would find meat."

The packaging for the strips is interesting; on the outside it uses the ingredients made to produce the product to help form an image of a chicken. It's packaged in a recyclable and reusable tray, mostly made out of PET, but I couldn't confirm.

So do I believe that these meat-less products will over take our nation's love for meat? No, I don't. But according to Visiongain, a British research company, the food packaging market seems to have reached a "plateau in terms of technology and its ability to carry out its primary duty which is that of protecting and extending the life of the foods stuffs within the packaging."

"Being quite a mature market growth is neither slow nor excessive with an equilibrium being achieved by the meeting of slowing growth in the more developed economies of the west and the burgeoning economies of the east," the report stated.

As such, Visiongain has determined that the global food packaging market will attain sales of $251.8 billion in 2013.

In the west food packaging has advanced to its limit to a point where any new technologies or developments come at great financial, research and design costs and the benefits of these discoveries on the already existing packaging are marginal at best, according to the report. Focus in these mature markets has now drifted to branding and the development of new and more exotic food stuffs.

Whereas in the eastern markets it is a case of playing catch up in terms of technology and pushing out the reach of supply chains and logistic channels as the lives of foods within packaging have met their limits.Now infrastructure and logistics have to cover the gap to enable food to reach end customers from the farm gate.

"Overall there is a clear trend that plastics of both a flexible and rigid type are the most favored and in the most demand simply due to their costs and performance as a malleable material and ability to cope in almost all environments," the report stated.

So if Visiongain is indeed correct and there's not a lot of new movement in developing new food packaging technology, perhaps the next market opportunity for packaging suppliers is working with these food innovators, such as the meat-less products. Particularly those still in the start up phase who perhaps still need a packaging supplier to work with.