Keeping it simple is often a complicated process, but one that is ultimately rewarding. That was proven once again at the 2015 DuPont Awards for Packaging Innovation.

Keeping it simple is often a complicated process, but one that is ultimately rewarding. That was proven once again at the 2015 DuPont Awards for Packaging Innovation.

Described as industry’s longest-running competition recognizing innovation and collaboration throughout the value chain, the awards program fielded almost 140 entries from more than 25 countries. An independent panel of packaging experts evaluated the entries and named one diamond winner, five gold winners and seven silver winners based on excellence in one, two or all three categories: Technological advancement, responsible packaging and enhanced user experience. The awards were presented during a ceremony in Wilmington, DE, on May 14.

“The winners demonstrated the power of integrating precision engineering, design and technology in a way that brings multi-sensorial yet functional packaging to delight consumers,” according to Yasmin Siddiqi, DuPont Packaging Awards Program Leader. That's the complicated part. The simplicity lies in the finished product—packaging designs that add intuitive functionality in a way that is both simple and meaningful for the user, said David Luttenberger, CPP, Global Packaging Director, Mintel Group Ltd., and lead judge. “There’s frequently a lot of technology behind seemingly simple designs, but when you can design packaging in a way that resolves an issue and is intuitive to use, that’s value,” said Luttenberger.

The Diamond Award, the program's highest honor, went to IPL Inc. (Saint Damien, QC, Canada) for its SkinnyPack Technology, which is making Ana's Foods salsa a standout on store shelves.

The flexible-rigid container combines the advantages of thin, flexible film and a strong, rigid frame.

The injection molded polypropylene container is made by fusing a thin, flexible in-mold label (IML) film to a sturdy, rigid frame. This process ensures that strong adhesion exists between the film and injected plastic, allowing the packages to remain sturdy and strong throughout production, filling, transport, distribution and consumer use.

The packaging uses 54.8% less plastic than the original salsa containers and is 100% recyclable, according to IPL. Prior to use, the empty SkinnyPack is nestable to maximize warehouse space. After use, the SkinnyPack can be easily crushed to optimize space during the recycling process.

The packaging was honored for excellence in technological advancement, responsible packaging, and enhanced user experience.

To view a slide show highlighting the gold winners, click on the arrow under the image. 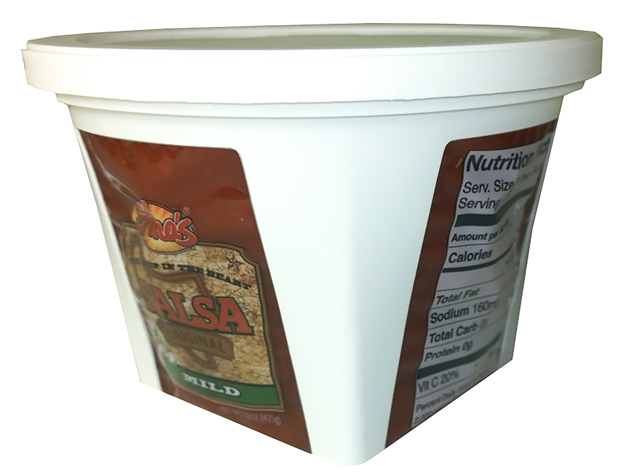