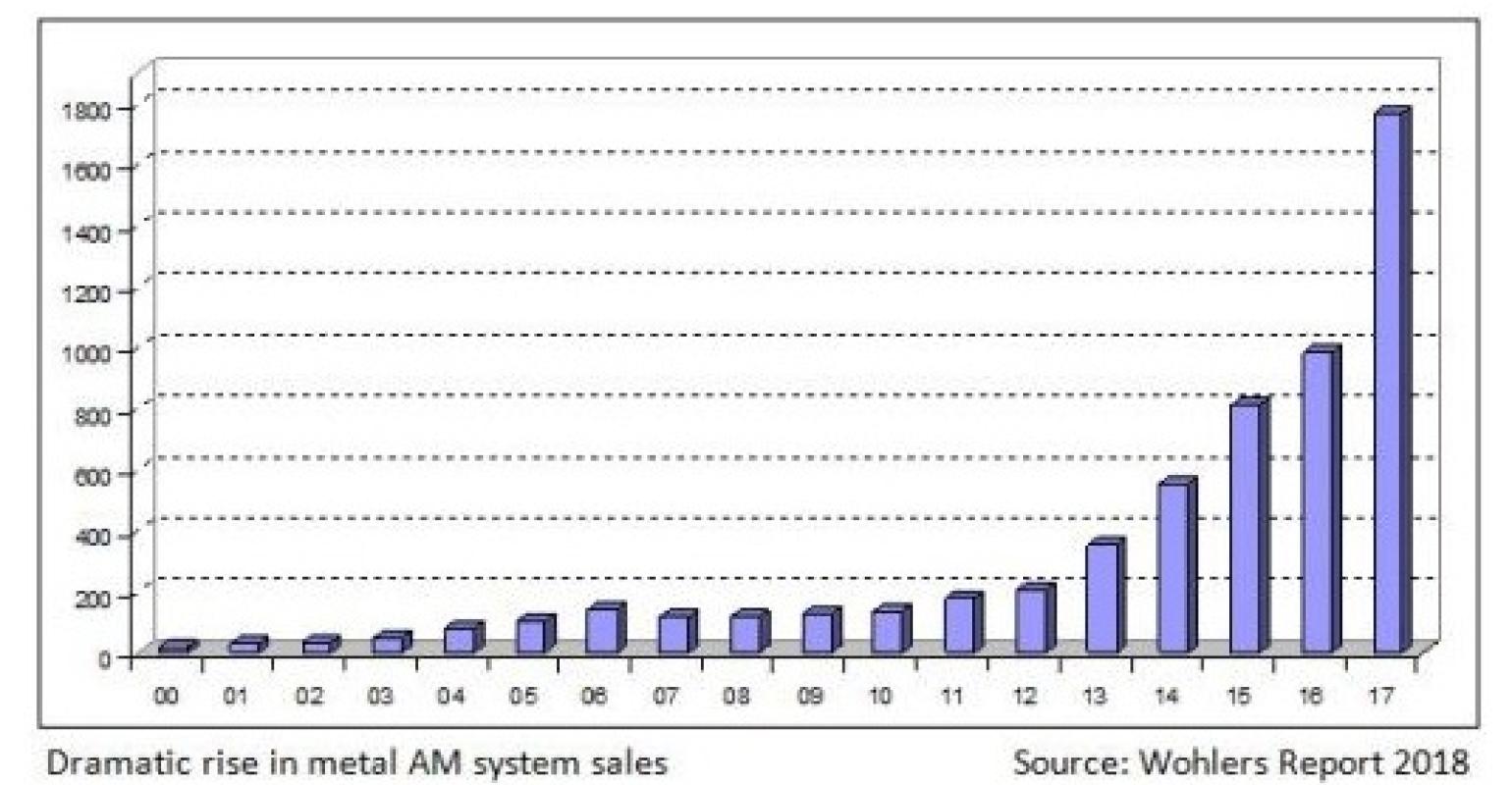 The overall additive manufacturing industry grew 21% in 2017 as the industry expanded by more than $1.25 billion.

Terry Wohlers commented to PlasticsToday on the reasons that metal AM is growing faster than polymer AM. “A number of users of metal AM systems (i.e., metal powder bed fusion) are beginning to hit a stride that requires more capacity, so they are buying multiple machines,” Wohlers said. “This comes as a result of new designs being certified for production by AM. Previously, one or two machines were sufficient for testing and qualification of the AM process.”

Wohlers Associates found that 135 companies around the world produced and sold industrial AM systems in 2017, up from 97 companies in 2016. These systems are defined as machines that sell for more than $5,000. New system manufacturers are entering the AM market at a dizzying pace, and they are introducing machines with open material platforms and faster print speeds at a lower cost.

With so many new entrants in the 3D printing space over the past year, what are the odds that the newer entrants will be as successful as the early innovators? And at what point will the market reach saturation? “A market will almost always support a product or service that offers a perceived or real improvement in the cost-to-performance ratio,” Wohlers told PlasticsToday. “It’s impossible to know which companies will be successful, just as few people predicted the companies that would survive and thrive during the dot-com boom in the late 1990s and early 2000s. The AM market could reach a saturation point because no market has an unlimited need for capacity.”

The 344-page Wohlers Report 2018 includes new and expanded sections on design for additive manufacturing, post processing and startup companies and research initiatives. The report can be purchased at the Wohlers Associates website.