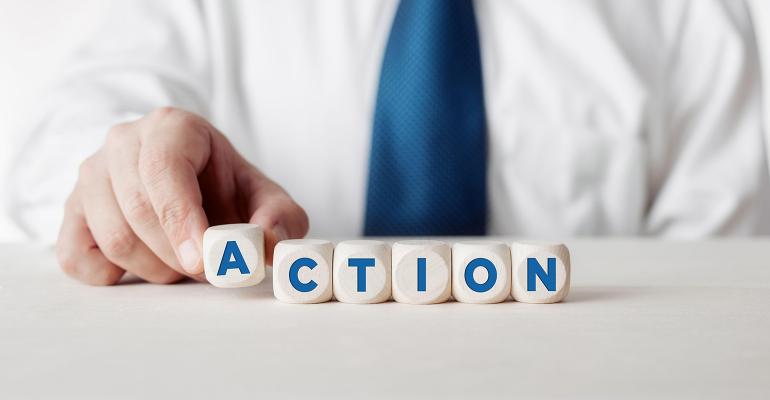 Tony Radoszewski stepped down as PLASTICS President and CEO on March 25 after leading the association for a little over two years. PLASTICS’ Chief Economist Perc Pineda also left the association earlier this year in February.

“We are incredibly excited to elevate both of these gentlemen to lead this organization into the future,” said Tad McGwire, Chairman of the PLASTICS Board of Directors. “In making Matt our next CEO, the board is indicating how important advocacy and communications are for the plastics industry right now and the role we expect PLASTICS to play as a voice for its member companies. Matt’s extensive experience in this space and vision for where he wants to take this organization made him a great choice to be its next leader.”

Seaholm has served as PLASTICS’ Vice President of Government Affairs for the past two years, said the association in the announcement. Prior to that he was the Executive Director of the American Recyclable Plastic Bag Alliance at PLASTICS. Before joining the association, Seaholm was Vice President of Public Affairs at Edelman. He is a veteran of political and policy campaigns, having worked on everything from local ordinance fights to statewide political campaigns to national issue advocacy initiatives. He has been a public voice on behalf of the plastics industry for more than five years, testifying before more than 30 legislative bodies and being interviewed by more than one hundred media outlets, said PLASTICS.

“I am honored to be given this opportunity to lead the Plastics Industry Association,” said Seaholm in a prepared statement. “While the industry has challenges before us, I firmly believe they are outnumbered by the opportunities. The innovation in materials, the investment in technology, and the overall commitment to sustainability give us countless stories to tell. The plastics industry and the people who work in it are essential to society and it is an absolute privilege to be a voice for them.”

Anderson is currently the Vice President, Member Engagement, for PLASTICS, a role he has held since April 2020. Prior to joining PLASTICS, he worked for member company and NPE exhibitor Milacron LLC (now a division of Hillenbrand) for more than 30 years. During his time at Milacron, Anderson held numerous roles and responsibilities, including Vice President and General Manager for Milacron’s injection and extrusion businesses in the Americas. His most recent appointment was Senior Vice President, Global/Strategic Accounts, where he worked with key global customers for all Milacron-branded companies, including Mold Masters and DME.

“Glenn’s promotion to COO is a reflection of his managerial experience, institutional knowledge, and the broad set of responsibilities he has at PLASTICS,” McGwire said, “In his new role, Glenn is going to be integral to the growth of the association, the success of NPE, and a member engagement strategy that gets PLASTICS where it needs to be.”

“I am humbled to be given the opportunity to take on this exciting new role,” said Anderson. “PLASTICS is now very well positioned to both leverage new and exciting opportunities, as well as meet the difficult challenges the plastics industry faces each and every day.”

Seaholm and Anderson will be formally introduced in their new positions at PLASTICS’ annual Spring Meeting next week in Chicago.