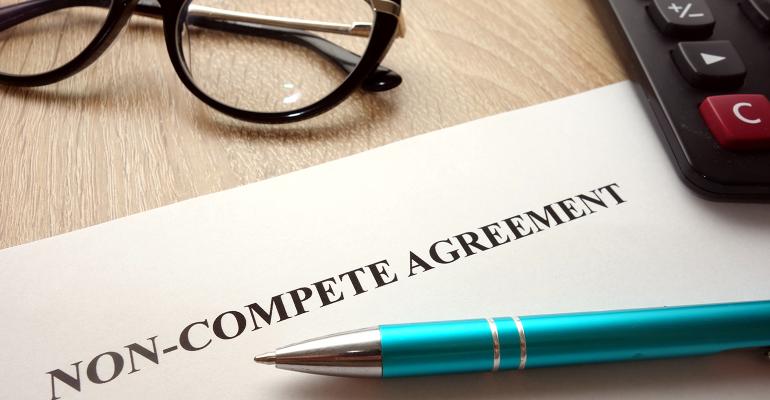 US companies may be barred from entering into or enforcing noncompete clauses, with narrow exceptions, as soon as next year.

On January 5, 2023, the Federal Trade Commission (FTC) proposed a new rule that would ban employers from imposing noncompetes on workers. Following a 60-day public comment period, this could be published as soon as mid-2023 and implemented six months after that. If so, companies will be barred from entering into or enforcing noncompete clauses, with narrow exceptions.

According to the FTC, nearly one in five US workers, or almost 30 million Americans, are bound by restrictions in seeking employment. “The freedom to change jobs is core to economic liberty and to a competitive, thriving economy,” said FTC Chair Lina M. Khan. “Noncompetes block workers from freely switching jobs, depriving them of higher wages and better working conditions, and depriving businesses of a talent pool that they need to build and expand.”

This will not be without controversy and will probably face legal challenges. If implemented, it will have an inflationary impact most likely in the 2 to 4% range based on past studies. With all that taken into consideration, I support the FTC’s proposed rule in principle. I still need to read it — it’s 218 pages — and will comment if I see areas for improvement.

In the plastics industry, we have seen too many instances of a company not being able to acquire the talent it needs, or a worker not being able to make a job change that would boost his or her career and family’s situation, solely because of a noncompete that no one had the willingness, or the resources, to contest.

But don’t companies have the right to protect their intellectual property, trade secrets, and other confidential business information? Of course, but noncompetes are often confused with these rights. Companies have protection through avenues including intellectual property laws and non-disclosure agreements. Simply saying that a person cannot go to work for a competitor is generally far above and beyond what is needed to protect vital company interests.

Noncompete clauses have been void in California since 1872, and yet somehow the state has managed to become an economy that would be the fifth largest in the world, were it a sovereign nation, just behind Germany and just ahead of India.