HomeWorkforce & TrainingTalent Talk: That Stellar Jobs Report that Just Dropped? It Only Tells Part of the Story
Recent
Business
Color-Stable Polyamide Shines in Electromobility Applications
May 13, 2022
New Thermoforming Machine Optimizes Mono-Material Processing in Modular Design
May 13, 2022
AMBA Names TK Mold & Engineering’s Tom Barr Mold Builder of the Year
May 13, 2022
Microwave Heating Slashes Energy Use in Carbon-Fiber Production
May 12, 2022
Breaking News in Flexible Packaging
May 12, 2022
Electronic Skin Develops a Human Touch
May 12, 2022
Remote Patient Monitoring Is Here, but Are We Ready?
May 12, 2022
Bioplastics News Stream
May 12, 2022

Talent Talk: That Stellar Jobs Report that Just Dropped? It Only Tells Part of the Story 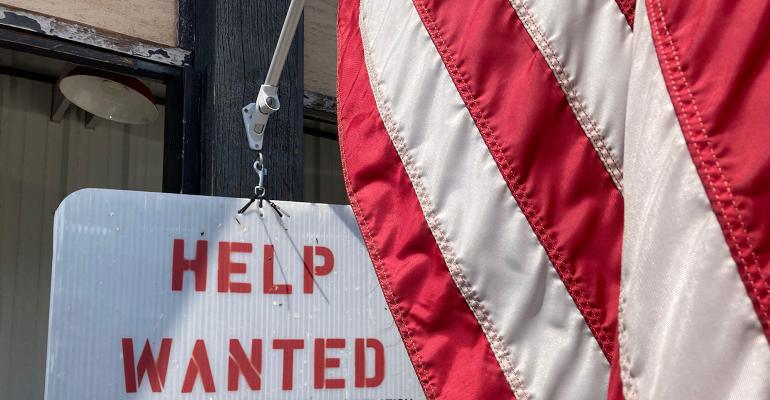 The consensus among analysts is that if the recovery holds, labor market “health” will reach pre-pandemic levels this summer. But wait, there’s more.

On Friday March 4, the US Bureau of Labor Statistics reported that nonfarm payrolls jumped 678,000 in February, while the unemployment rate fell to 3.8%. If you read the report further, there were revisions to December and January that added another 92,000 jobs beyond the initial reports.

On the surface, this would indicate that we are close to being back to pre-pandemic levels, and that perspective is being widely reported. For example, Nick Bunker, Economic Research Director at the job search site Indeed, said, “If the recovery can keep up its current tempo, several key indicators of labor market health will hit pre-pandemic levels this summer.” The consensus is that we are “almost there.”

I am going to tell you there is more to the story. Economists led by Jan Hatzius of Goldman Sachs Group Inc. recently concluded a study that compared the total number of jobs in the US economy, including those that are open (more than 10 million), with the size of the labor force.

The study concluded that if every person who is available to work had a job — in other words, zero unemployment — there would still be 4.6 million unfilled jobs. We have not seen a number that high since World War II, when 16 million Americans served in the armed forces. Let that sink in.

In separate research, economists including Jason Faberman at the Federal Reserve Bank of Chicago concluded that the labor force is smaller than traditional data would indicate, which helps explain the Goldman Sachs study. Faberman points out that the pandemic has drastically reshaped the labor force and the economists have not caught up with that yet.

Goldman Sachs predicts what we told Talent Talk readers two months ago: Employers are in for an even tougher, and more expensive, proposition finding workers in 2022. Goldman Sachs economists predict an average wage growth of 5%.