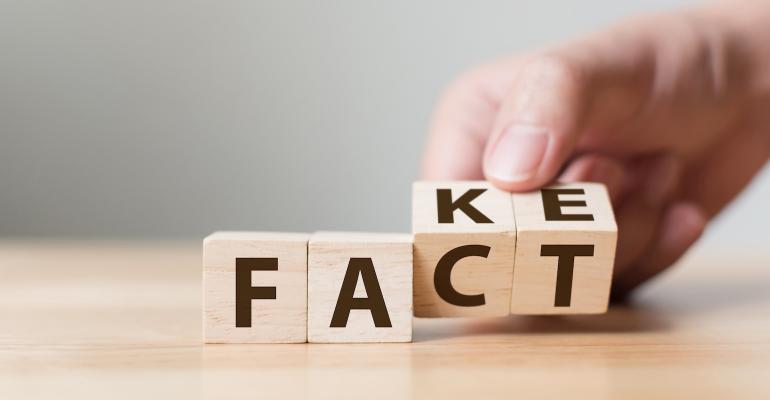 PureCycle is one more example of how executives and SPAC sponsors enrich themselves while hoisting unproven technology and ridiculous financial projections onto the public markets, declared Hindenburg Research.

Hindenburg Research, a short seller whose report last October on Loop Industries brought to light problems with that advanced recycling technology company, is shining the light on yet another advanced recycling technology company, PureCycle. According to Hindenburg’s 31-page research report, “PureCycle is the latest zero-revenue, ESG (environmental, social governance) themed SPAC taken public with a bold story about how it will someday revolutionize the plastics recycling industry.”

SPACs — special purpose acquisition companies, aka “blank-check” companies, that raise money to buy a business and take it public — have come under scrutiny from the SEC. SPACs appear to be quite popular with niche technology businesses, which would apply to many of the advanced technology companies in the materials and recycling arenas. (Danimer Scientific, producer of Nodax PHA made from enzymes from canola oil, went public through a SPAC in December.)

“[PureCycle’s] insiders and SPAC sponsors Roth Capital Partners and Craig Hallum Capital, who collectively received around two million founders shares for a little more than a penny per share, worth about $48 million at today’s share price, do not seem inclined to wait and see how its claims will work out; they’ve collectively positioned themselves to clear approximately $90 million in cash and tradable shares before the company generates a single dime in revenue,” said Hindenburg.

If the name Roth Capital Partners sounds familiar, you may remember it as the sole manager for Montréal-based Loop Industries’ public offering of 1,880,000 shares of its common stock at a price to the public of $12.75 per share, announced Sept. 21, 2020. Loop Industries claimed to be an innovator in sustainable plastics technology. Not long after, Hindenburg Research wrote an extensive report calling out Loop Industries’ failure to produce any value to shareholders, accusing the company of fraud.

Regarding PureCycle, Hindenburg stated that it represents the worst qualities of the SPAC boom. It’s “another quintessential example of how executives and SPAC sponsors enrich themselves while hoisting unproven technology and ridiculous financial projections onto the public markets, leaving retail investors to face the ultimate consequences,” said Hindenburg.

Hindenburg certainly is on the right track when it said that, while PureCycle “makes for a great-sounding ‘green’ story, plastics recycling has been a perpetual challenge from an economic standpoint. The industry has struggled with the economics of even the most basic plastic recycling for decades.” Within plastics recycling, polypropylene (PP), PureCycle’s target for recycling, “has been particularly uneconomical,” added Hindenburg.

PureCycle licensed patented recycling from consumer products giant Procter & Gamble, which created some foundational expectations for the company. Several consumer products companies that use PP extensively in their product packaging — L’Oreal and Total SA, to name but two — agreed to purchase PureCycle’s product when (or if) the company brings the process up to scale and delivers on the “virgin-like consumer-grade plastic” it has promised.

Hindenburg took a close look at PureCycle’s executives, as well. According to the report, PureCycle Chairman and CEO Mike Otworth and other associated company executives “collectively took six companies public prior to PureCycle. All have failed, resulting in two bankruptcies, three delistings, and one acquisition after an approximate 95% decline. Over $760 million in public shareholder capital was incinerated in the process,” according to Hindenburg.

Trail of bankruptcies and delistings

All of these men, along with Bill Haskell, CEO of Innventure, co-founder, President of XL TechGroup, and President and COO of XL Vision, were involved in various ways with the following companies.

ChromaVision Medical Systems made imaging systems to detect cellular disease, with Scott as chairman. The company was delisted in 2004. Scott also served as chairman of eMerge Interactive, an online cattle auctioneer, beginning in September 1994 before resigning in November 2001. EMerge amassed $212.4 million accumulated deficit by the end of 2005. It filed for Chapter 11 bankruptcy and was delisted in 2007, according to Hindenburg’s research.

AgCert focused on reducing emissions from pig dung, said Hindenburg’s research, with Haskell serving as representative for his group’s investment in AgCert and also as the company’s interim CEO in 2005 through 2007. AgCert amassed a €141.1 million accumulated deficit by mid-2007 after “misjudging its carbon credit portfolio in 2008, and filed for insolvency in 2012.”

Another company, TyraTech Inc. was focused on developing insect control. PureCycle board member Rick Brenner served as founding CEO at TyraTech until 2009. TyraTech went public during his tenure, and amassed $55.5 million accumulated deficit by his departure. It was acquired in 2018 for just $2.15 million after declining around 95% from its highs.

PetroAlgae claimed to have found a way to economically turn algae into fuel, said Hindenburg. PureCycle's Scott served as CEO of PetroAlgae. The zero-revenue company filed to go public in 2010. PetroAlgae amassed $73.8 million accumulated deficit by 2010. The company was delisted onto the OTC pink sheets by 2011. Scott resigned as chairman in February 2012. The company changed its name in 2012 and ultimately had its securities registration revoked in 2017.

XL TechGroup was a venture capital/incubator company that preceded Innventure, explained Hindenburg. Again, Scott was involved with XL TechGroup, serving as co-founder and CEO. Otworth held a C-level role and Haskell served as co-founder and president. “The company IPO’d in 2004 and amassed $189.6 million accumulated deficit, and its stock was delisted and cancelled in August 2008,” said the report.

I hope you’re keeping all of this straight. There will be a quiz at the end of this article.

Hindenburg said that through its research it found that one of the “key challenges (and likely future bottlenecks) of PureCycle’s proposed process is in securing enough quality feedstock to make the process economical.” In a November 2020 interview, Hindenburg asked Procter & Gamble’s inventor of the technology about these potential bottlenecks, and he answered by raising the issue of feedstock availability. “I think that’ll be a bottleneck in ensuring the feedstock is of the right quality, at the right quantity, to keep the larger plants running,” he said.

PureCycle does acknowledge in its prospectus that “failure to secure waste polypropylene could have a negative impact on PCT’s business, financial condition, results of operations, and prospects,” noted Hindenburg.

Regarding all of these more than 35 companies engaged in advanced recycling technologies of one form or another, the big fly in the ointment is obtaining enough “non-contaminated scrap” to keep costs down and to produce polymers pure enough for packaging purposes. PureCycle faces the same issues.

Hindenburg reached out to Scott Saunders, general manager of KW Plastics and a board member of the Association of Plastics Recyclers, to ask about “PureCycle’s claims about sourcing the PP necessary to run its process at peak efficiency. “The problem I see with chemical recycling — and I’m not an expert in this process but I am an expert in PP raw materials — is there is not enough non-contaminated PP scrap to support these processes,” he told Hindenburg. “So, you’re going to get a wide range of materials that have varying degrees of other resin contamination. This low level of contamination in scrap PP simply doesn’t exist in volume.” Saunders also told Hindenburg that he didn’t know of anyone who would pay a premium price — as much as $2 a pound — for recycled PP.

Another industry expert, Ajit Perera, Vice President of post-consumer operations at Talco Plastics in California, commented to Hindenburg that, while he’s no expert in chemical recycling, “undoubtedly chemical recycling [is] much more costly than the hype would suggest. The common man does not know that you can’t mix plastics. You can’t take [recycled] PE and PS and PP, mix it, and make a product. At that point it’s garbage. And then if you have colors — if it’s red then it has to stay red, or go black, or a shade of red like orange or purple. But when you take it back [with chemical recycling] to a monomer, you can remove all that and take it back to a virgin plastic. To do that costs a lot of money and your carbon footprint is huge.”

Another plastics industry expert, who remained anonymous, told Hindenburg that he found much of PureCycle’s technology process to be a “regurgitation of prior art.”

This person concluded: “The permitting, engineering, and equipment would be very expensive and a challenge full scale. The plastic recovered may or may not be accepted or usable. I don’t think the process could ever be cost efficient. The process is expensive, the test requirements and documentation are extensive, and the value of the product just isn’t high enough.”

It’s obvious by yet another research report into yet another advanced chemical recycling company that what many in the industry have known for a very long time continues to be true. You just can’t take a truckload of mixed plastic waste — or any type of mixed waste, really — that is contaminated with dirt, oil, food, and other junk, dump it into a recycling machine, and have it come out the other end as pure, food-grade, virgin-like polymer.

The effort continues, but obviously the effort isn’t being done by major oil companies or the consumer goods products companies, who would benefit from the science by trying to find a cost-effective, “green” way to chemically recycle plastic waste. The only company that is benefitting from PureCycle’s PP — projections and promises — is Procter & Gamble, which is getting paid for the license.

Looking at the track record of many of these people, who claim to be entrepreneurs specialized in startups, makes you wonder why the public and investment banks keep shoveling them money.