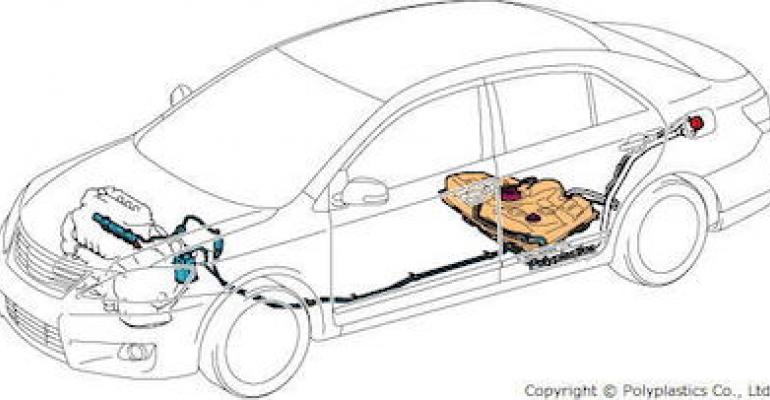 The company has commercially launched Duracon H140DR, a new grade which offers superior performance over competitive materials and is targeted for global markets. While drive systems will likely shift toward electrification, diesel engines will likely remain in use for certain commercial vehicles, according to Polyplastics. Low-quality diesel fuel contains a high concentration of acid and sulfur which has a negative effect on POM.

Fuels that contain a high concentration of sulfur act on the main polymer chains and facilitate decomposition in POM.  Tests show the percentage of weight change (rate of decomposition) when POM is immersed at high temperature in diesel test fuel with a high concentration of sulfur. Duracon H140DR has superior resistance compared to a competitor’s improved diesel fuel-resistant POM and a standard material.

The new grade has the same level of creep-fracture properties versus competitive materials and appears to have enough long-term mechanical resistance properties as well.