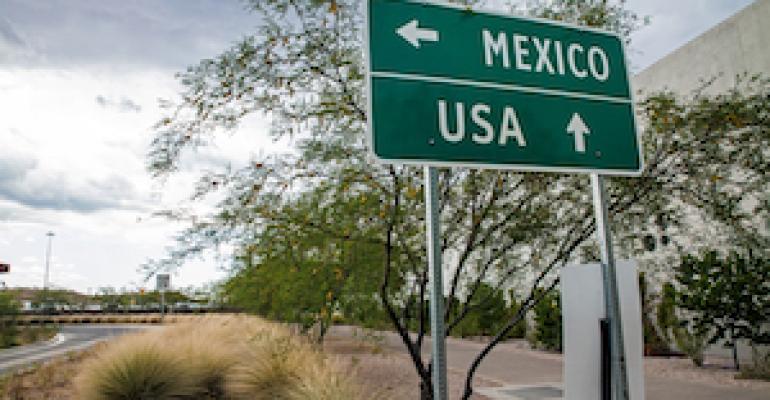 Back in 1991, long before Trump turned NAFTA into a signature campaign issue, the president of America’s largest labor union called the “U.S.-Mexico trade pact a disaster.”

My blog post last week about the lead up to the North American Free Trade Agreement (NAFTA) came from the pragmatic management side of the trade agreement, as it began to get a head of steam in 1990. In that article, I referenced a piece published in the Wall Street Journal, dated October 4, 1990: "Mexico’s Ugly Duckling—the Maquiladora." 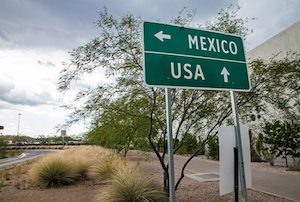 The next editorial that I found in my “saved” file was from an April 18, 1991, issue of the Wall Street Journal. It is a Counterpoint article in response to the WSJ’s support of NAFTA, written by Lane Kirkland, who at that time was president of the AFL-CIO, one of the largest labor unions in the United States.

The article is titled, "U.S.-Mexico Trade Pact: A Disaster Worthy of Stalin’s Worst." Clearly, Kirkland wasn’t in favor of NAFTA, which was still more than two years away from being signed and implemented. Kirkland predicted dire results from a free-trade agreement with Mexico, and its “disastrous potential for people on both sides of the border.”

Kirkland expounded the consequences that were already hurting the American worker, with “hundreds of U.S. companies, lured by Mexico’s comparative advantages of rock-bottom wages and lack of effective government regulations, shutting down factories in the United States and relocating them in the maquiladora areas. While hundreds of thousands of American workers were losing their jobs to this dislocation, more than a half-million Mexicans working in maquiladora plants were joining the ranks of the most crudely exploited humans on the planet,” he argued.

The result has been “social and environmental conditions along the Mexican side of the border that rival any of the well-publicized disasters of the worst Stalinist regimes,” Kirkland stated. He went on for a number of paragraphs about the poverty and disease in Mexico and the use of child labor. He rejected the pro-NAFTA argument that the agreement would help raise the standard of living in Mexico.

“The fact is that trade is good for workers on both sides of the border only when it is carried out side-by-side with minimum standards on wages, benefits, safety and environment,” wrote Kirkland. “Without them, it merely serves as a vehicle for capital to locate where labor is cheap and government governs least.”

I believe that many of Kirkland’s concerns were addressed. While there were problems early on, as he outlined in his article, the government of Mexico has put in place standards for environmental concerns, safe working conditions, wages and other employee benefits that have brought Mexico’s manufacturing sector up to par with most first-world countries. I’ve seen it first-hand, and while I can’t guarantee that all manufacturing plants operate within those standards, I have seen enough manufacturing facilities and talked to a sufficient number of employees to feel confident in affirming that many people in that country have a much better standard of living than they did 30 years ago.

Yes, there are still pockets of poverty in Mexico, but the country has a good educational system that supports manufacturing and creates opportunities for a better way of life with higher wages. Many in Mexico are reaping the benefits of NAFTA.

Obviously, Kirkland’s predictions, for the most part, have not come to pass. NAFTA isn’t a “Stalinist” opportunity for big business to take advantage of the working poor. From my vantage point, informed by the many trips I’ve made to Mexico during the past 25 years, NAFTA has improved working conditions in Mexico. Of course NAFTA is just one of many free-trade agreements that Mexico has in place, and they will continue to create an economic climate that attracts many companies from around the world, including China (where wages are even lower) for access to North American consumers.

Perhaps NAFTA can be renegotiated to be more favorable to the United States, but we must be careful not to throw the baby out with the bathwater.