Degradation of polyethylene—not a myth?

I recently talked with some U.K. students who believe a solution to reducing plastic waste is to plant polystyrene.

It's a pretty fascinating endeavor because not only does it show students interested in plastics, it can also be a potential positive development for recycling packaging waste. 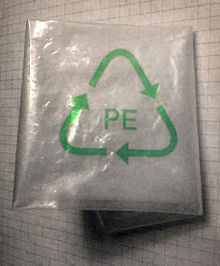 As I was doing research for this story, I randomly came across another interesting concept—a bacteria strain that could degrade polyethylene.

In 2005, researchers from Department of Biotechnology Engineering, at the Ben-Gurion University of the Negev in Israel, published a paper in the Journal of Applied Microbiology regarding the biodegradation of polyethylene. This study claims that polyethylene, which is considered to be inert, can be biodegraded if the right microbial strain is isolated.

"It is widely accepted that the resistance of polyethylene to biodegradation stems from its high molecular weight, its three-dimensional structure and its hydrophobic nature, all of which interfere with its availability to micro-organisms," the researchers stated. Nevertheless, the researchers said several studies have demonstrated partial biodegradation of polyethylene.

The researchers goal was to select a polyethylene-degrading micro-organism and study the factors affecting its biodegrading activity.  They isolated from soil a thermophilic bacterium Brevibaccillus borstelensis strain, which utilized low-density polyethylene as the sole carbon source and degraded it.

Get ready for a science lesson.

Incubation of polyethylene with B. borstelensis (30 days, 50ºC) reduced its gravimetric and molecular weights by 11% and 30% respectively.

Enrichment culture methods were effective for isolating a thermophilic bacterium capable of utilizing polyethylene as the sole carbon and energy source, the researchers stated. Maximal biodegradation was obtained in combination with photo-oxidation, which showed that carbonyl residues formed by photo-oxidation play a role in biodegradation. Brevibaccillus borstelensis also degraded the CH2 backbone of non-irradiated polyethylene.

Obviously, there is not one single solution to help with litter and landfill problems. It's important to keep in mind that plastic recycling is designed to improve the usage of resources, while degradable films must be kept away from the recycling stream to prevent contamination of polymers that will be recycled.

Still, if you could get polyethylene, one of the most used resins, to successfully break down in a landfill by introducing a microbe, well, it's a pretty novel concept.