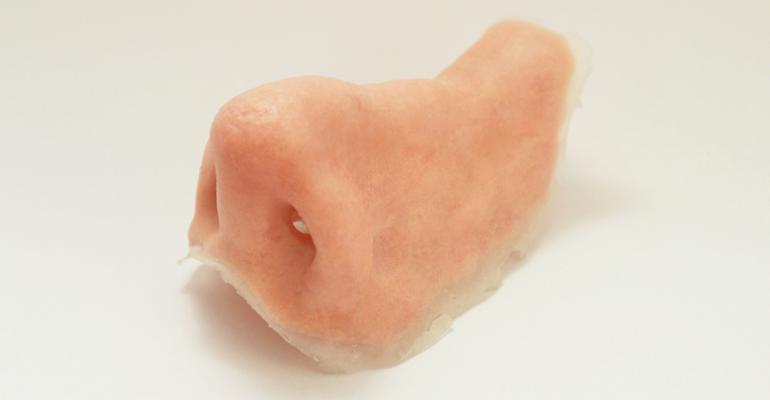 Design bureau Fripp Design and Research (Sheffield, UK) has developed a 3D printer that directly prints silicone, the first of its kind, according to company co-founder Steve Roberts. The technology has the potential to dramatically expand the frontier of prosthetics fabrication, and that's just for starters.

Design bureau Fripp Design and Research (Sheffield, UK) has developed a 3D printer that directly prints silicone, the first of its kind, according to company co-founder Steve Roberts. The technology has the potential to dramatically expand the frontier of prosthetics fabrication, and that's just for starters.

Silicone was not on the radar of Roberts and his business partner Tom Fripp nine years ago, when they invested in a 3D-printing system to make models. "Our goal was to create accurate models for various markets and get the attention of manufacturers," Roberts told PlasticsToday. It was a bold and costly move, but he and Fripp, who holds a master's degree in 3D printing, were determined to make their mark. "Like most startups and entrepreneurs, you think you're going to be the next big thing . . . and then you're not," recounts Roberts. When opportunity steadfastly refused to knock, doubt crept in. "Why did we spend $50,000 on this 3D printer from ZCorp (now part of 3D Systems), we began to ask ourselves." And then they struck up a conversation with researchers at the nearby University of Sheffield. 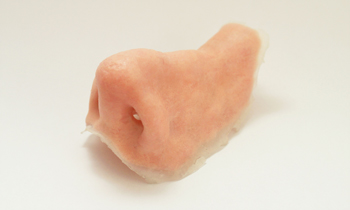 "The academics told us, 'you ought to be able to make soft parts with this 3D printer. We're not sure how, but you should be able to,'" says Roberts. Roberts and Fripp went to work, and ultimately developed a method for 3D printing silicone-based facial parts in natural color.

Initially, starch powder was used to form a model, which was then vacuum-formed with medical-grade silicone. To reduce the number of process steps and make it as commercially viable as possible, Roberts and Fripp wondered if it wouldn't be possible to directly print in silicone. In January 2013, the company secured a grant from the UK Technology Strategy Board to investigate the feasibility of the process. The grant provided the resources they needed to develop the Picsima 3D printer test rig. A number of samples have been successfully printed, and Fripp Design is currently seeking to raise financing through investors and crowdsourcing avenues to take the technology to the next level. "We would like to raise between $400,000 and $3 million," says Roberts. At the lower end of the financing spectrum, "we feel confident that we can get things rolling," he adds.

The process, he notes, is not limited to silicone, although most of the research thus far has focused on that material. "You can use any crosslinked polymer with the printer," says Roberts. Other features of the printer, which reportedly are unprecedented, include the following:

Compared with conventional molding methods, the technology saves time and money. "Typically, once the CAD file has been created, it takes 24 to 48 hours to print and deliver prostheses," says Roberts. This used to take up to 10 weeks, with variable outcomes, he adds. 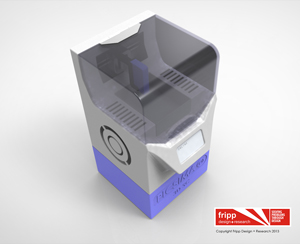 Even more remarkable, though, is the ability that this technology affords to make parts that are not possible using conventional molding techniques. "Silicones are widely used in medical applications," says Roberts, "but there are some areas where it is not even considered because it isn't feasible, such as patient-specific applications. Picsima technology offers new design freedom for real-world solutions," he says.

"We feel humans are sophisticated machines and surgeons are industrial engineers without realising it," says Roberts, articulating what could be a sort of manifesto. "They can be constrained by the old ways of doing things. Our message to them is that the design constraints of conventional molding are no longer relevant. You don't need to mold any more. We want people and medtech professionals to come to us with their real-world problems and see if we can't come up with a solution."

Any thoughts? If so, Roberts and Fripp want to hear from you. You can get in touch with them at [email protected]