Earth Day challenge: Be a leader in recycling plastics

Every year on April 22, more than one billion people take part in the Earth Day. From Beijing to Cairo, Melbourne to London, Rio to Johannesburg, New Delhi to New York, communities everywhere will voice their concerns for the planet, and take action to protect it, according to Earth Day network.

Every year on April 22, more than one billion people take part in the Earth Day. From Beijing to Cairo, Melbourne to London, Rio to Johannesburg, New Delhi to New York, communities everywhere will voice their concerns for the planet, and take action to protect it, according to Earth Day network.

I'll admit it; I've always loved Earth Day. I remember back in elementary school, I would proudly wear my t-shirt with a picture of the earth as my fellow classmates and I would participate in a collection of activities from helping to pick up litter around campus, planting flowers and making crafts with recycled materials.

I felt I was exposed to the importance of recycling and reusing materials fairly early on, so it's pretty disappointing that 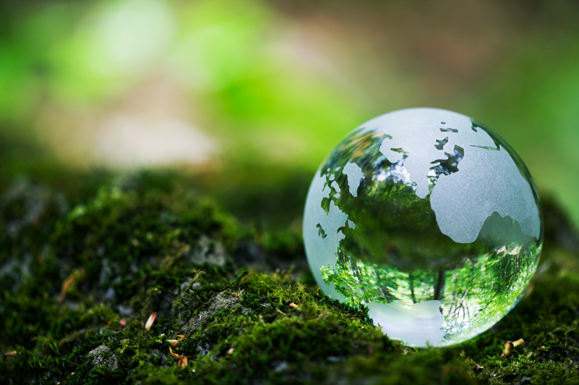 overall recycling rates for plastics remain at about 8%. Although, there has been some encouraging news on the plastic recycling front as now at almost 39%, the recycling rate for single-serve PET plastic bottled water containers has more than doubled in the last seven years.

Obviously, the goal is a 100% recycling rate for all materials, which isn't an impossible dream. After all, American Chemistry Council (ACC) says more than 80% of Americans have easy access to plastics recycling opportunities, whether you participate in a municipal curbside program or live near a drop-off site.

Recycling isn't just a feel-good endeavor - there's a whole market for it.

Brands such as Starbucks would love to be able to use recycled material in its packaging. Earlier this year when the Seattle-based coffee giant unveiled its $1 reusable plastic cup, Starbucks Jim Hanna, director of environmental impact for Starbucks, told me that the launch was one way to reduce the company's environmental footprint. The reusable cups are thermoformed with 100% virgin PP, which includes the lid.

He said the company wants to be able to eventually use post-consumer resin in this cup.

"We are focusing on what we can do to reduce our footprint and one of the key aspects around sustainability and packaging is using low impact and post-consumer material," Hanna said. "Frankly, there's not a lot of access to post-consumer plastics in food grade applications."

He cited a past example when the company took the initiative to start using post-consumer fiber in its paper cups. It wasn't an easy endeavor to achieve by any means; for instance, it took a significant amount of time to get FDA approval. Still, the company is willing to go the extra mile in order to offer a complete sustainable solution.

"Sustainability needs to involve all players in the system, and we really want to challenge the plastics industry as one of its missions to offer this," he said. "We know significant infrastructure improvements need to happen to close the loop on recycling, but we would love nothing more than to use post-consumer resin in this product."

"In a way, it's a two-fold launch," Gigi Leporati, brand manager for Arrowhead, told me. "This is not only about reducing the amount of virgin plastic, but it's also about driving awareness of recycling and encouraging recycling. We need consumers to cooperate with us and recycle more and more in order for us to be able to use the recycled material in our bottles." 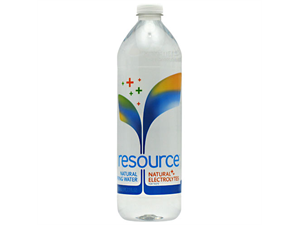 Nestlé Waters' newest bottled water, Resource spring water, packaged with 50% recycled PET, is now available to retailers across the U.S. The bottle is offered in 700mL and 1L single-serve bottles and six-packs.

The company conducted a trial launch of this product in 2012 in Southern California. Joe Wiggetman, general manager for Resource, said the bottles performed well to-date and delivered the margins that retailers were looking for in the bottled water category. The decision to use rPET material was made over two years ago by the company.

"The reusing of plastic, where we give them another life, is an important goal of ours," Wiggetman said. "Recycled plastic is very symbolic of an environmental and sustainable message."

The eventual goal is to use 100% rPET in the bottle.

"But that will certainly be based on improvements in the recycling rate as well as obtaining true quality PET," he said. "We will take any steps further that are needed to get to that goal of 100% sometime in the future."

Since 1990, the plastics industry, as individual companies and through organizations such as ACC's plastics division, has invested more than $2 billion to support increased recycling and educate communities in the U.S., according to the ACC.

But we can all do more.

Here's the thing to keep in mind. Until recycling rates go up, consumers will continue to blame the industry for waste issues. That's a fact.

So on this upcoming Earth Day, I ask material suppliers, device designers, plastic processors, wherever you are on the supply chain - take a closer look at your recycling initiatives. If you're tired of bans and restrictions in packaging, do your part in adopting recycling as a cultural value.

If you don't know where to start, visit the Earth911 Recycling Directory, which provides a variety of resources and information about recycling.