The acronymists among us will recognize GIGO as "garbage in, garbage out," an old computer slogan telling us to make sure that all the numbers now so easily obtained are really worth crunching. That holds for plastics processing, too, as we often trust that the material suppliers send us what has been ordered, partly because we want to trust them, because if they were imperfect (i.e., human), we might be in trouble. Well, they are human (I used to be one of them), maybe very nice humans, but imperfect nevertheless. Here's what to test.

The acronymists among us will recognize GIGO as "garbage in, garbage out," an old computer slogan telling us to make sure that all the numbers now so easily obtained are really worth crunching.

That holds for plastics processing, too, as we often trust that the material suppliers send us what has been ordered, partly because we want to trust them, because if they were imperfect (i.e., human), we might be in trouble. Well, they are human (I used to be one of them), maybe very nice humans, but imperfect nevertheless.

Here's what to test.

Melt index (MI) is the measure of flow for all polyolefins and styrenics, and a few other plastics, as well, but it has two basic problems. 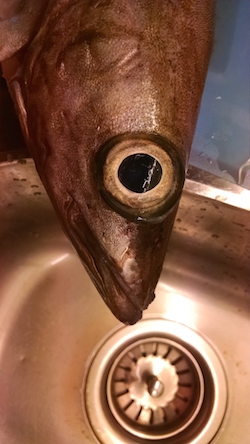 One is that it's tested too slowly and thus may not represent the flow in your machine. Solution: Test at two or more loads and extrapolate up to the shear rates in your process (you have to understand shear rate; no room for that here).

Second, a nominal value isn't the value for every pellet. There is an accepted range of melt index for every product—for example, MI of 2 may include anything from 1.85 to 2.15. Maybe you can get it from the supplier, and maybe not. In any case, you can test yourself and find out what's good and what isn't.

For PVC compounds and most moisture-sensitive resins including PET, melt index isn't reliable. PVC compounds can be run in a torque rheometer, but for PET, there's a problem, because the official flow test of IV (intrinsic viscosity) is difficult and even dangerous to run, so much of the industry has gone to melt index instead. That's a soggy cookie (better than no cookie, to a kid) but it can be reliable if the samples are used right after drying and not allowed to sit too long in the melt indexer. Run several tests: If you're doing it right, each result will be like the preceding one. If it's degrading in the tester, the successive results will be higher and higher.

This is most important for the polyolefins, where even the third decimal place means a significant difference in stiffness and some other properties. It's measured in a density column, which is a carefully made cylinder of liquid with density varying from top to bottom. Olefins have to have an alcohol base as they all float in water. Other plastics can be measured in a water-based column. You can also measure bulk density of the pellets (or anything else) by filling any container with the material, then filling the same container with water (density = 1.00 g/cc) and dividing the weight of material by the weight of the water. If it changes, something has been changed such as particle size or shape, or surface lubricity, which may well affect the extrusion rate if not also product properties.

This is a tough one, as there is often a question of "Who dunnit?" Is it bits of degraded resin formed in the extruder by running too hot or too long without purging? Or did it come in with the resin? Running on a clean, small extruder will give you an answer: If the first product out is contaminated, it probably came in with the feed. A small extruder may have other uses, too, such as comparison of viscosities at other-than-MI speeds, color matching and a check on melt temperature before running in the main machine. Microscopic examination is often useful, as even a 50-power lens can show paper or textile fibers, clumps of colorant or undispersed additive, and true gels (roundish uncolored bits of cross-linked polymer). Any of these may be referred to as "fisheyes," but they have little resemblance to the real thing (see photo).

Those of you who have attended my seminars will know about the 6-inch nail I drop in a Maxwell House coffee can full of resin. It shows the difference in lubricity of the particle surface (slippery is no good). You can do formal testing of coefficient of friction on molded plaques, or just drop nails in coffee cans.

Special applications may have special tests, such as electrical properties for wire insulation, and color fidelity for appliances, cars and similar consumer products. No room for any of that here, but each processor knows (or at least should know) what matters most.

Allan Griff is a veteran extrusion engineer, starting out in tech service for a major resin supplier, and working on his own now for many years, as a consultant, expert witness in law cases, and especially as an educator via webinars and seminars, both public and in-house. He wrote the first practical extrusion book back in the 1960s as well as the Plastics Extrusion Operating Manual, updated almost every year, and available in Spanish and French as well as English. Find out more on his website, www.griffex.com, or email him at [email protected].