Everything you ever wanted to know about extrusion 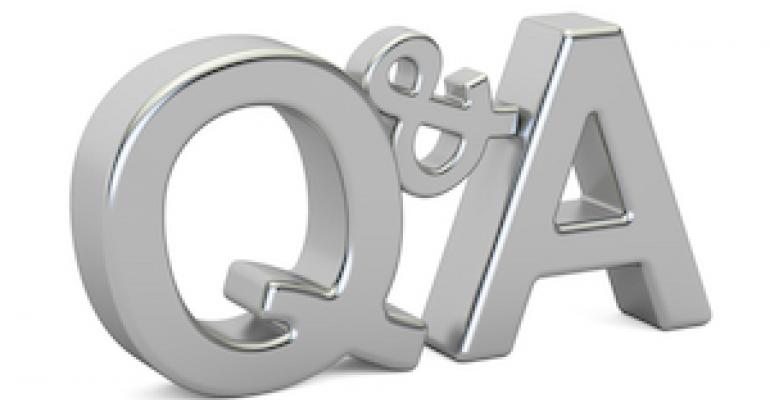 From avoiding visual defects in extruded products and optimizing the use of regrind to the effect of moisture content on the extrusion process, Allan Griff has the answers.

You’ve got questions about extrusion, and Allan Griff has the answers. But what he didn’t have during a recent webinar on the key principles of extrusion hosted by PlasticsToday was time. Dozens of questions flooded in from attendees and he could only respond to a handful during the allotted time for the live Q&A. As promised at the start of the webcast, however, he replied via email to all of the questions left unanswered in the queue. It occurred to us that other people in the extrusion sector could benefit from this exchange, so we are sharing it here.

By the way, if you missed the webinar, you can still listen in on demand at no charge. Simply click here, sit back and enjoy!

And now, let’s get technical.

Q: Can you describe the most common sources for visual defects, such as black specks or gels, and what can be done to address them?

A: Degradation happens in slow-moving areas of the head and die, especially if the die is left full and hot for a long period of time. Resin with less thermal stability (less antioxidant) will degrade sooner. Thermal stability can be tested but is seldom part of a purchase spec. It is reduced if substantial regrind is used in the mix, but more antioxidant can be added as a concentrate, like colorants.

Drool on the external lip edges may be a cause, too, especially with blown film, where the die extrudes upward and the surface is horizontal. Process aids and air directed at the emerging line will reduce drool.

Contaminated feed can introduce just about anything, but much can be caught on the screens, depending on the mesh used. For very fine filtration, sintered metal fiber screens are used. Screening will help with anything coming out of the screw, but not with what forms in the die.

True gels are cross-linked polymers in an early stage of overheat reaction—clear if the product is clear but maybe yellowed, and insoluble in solvents that dissolve the unreacted polymer. They may form anywhere, even in the screw, and get through the screens, where they may break up into gel "showers."

Q: Is there a rule to calculate the correct rupture disk if I am running 3000 PSI?

A: That depends on the safety limits of the machine and the consequences of a shutdown. All commercially responsible extruders can take 3000 psi easily.  Make sure the die and head can take the expected pressures, too, but maximum pressure is at the screw tip (where the gauge should be, behind the screens) or sometimes further back in the barrel. Alarming the pressure gauge is important and might avert unnecessary shutdowns. You might set an alarm at 4500, but put in a disk for 5000 or more.

Q: What is your take on using regrind material?

A: Use as much as you can without losing the sale or the customer. Test to ensure consistency and minimal degradation, but don’t expect stringent color fidelity. Keep it clean to avoid contamination and stress concentrators in the product. If you buy from the outside, buy wisely to get low prices and minimal loss of thermal stability.

Q: Can you comment on the effect of the size of regrind particles relative to the virgin resin on the overall process and resulting quality?

A: If not uniform and similar, there may be domains with more regrind (more discolored, maybe weaker) and domains of virgin. If premixed, the denser virgin may settle on the bottom and cause such inequality, too. If regrind is not thermally compromised (minimal antioxidant used up), it may not make much difference. All particles must be substantially smaller than the channel depth in the feed zone. Best to use two separate feeders set to desired proportions.

Q: Are there different screw (pitch) designs for different plastics?

A: No, most pitches are either square (17.6˚) or changed for specific reasons, such as in a barrier section or for light, fluffy feed.

Q: Can you comment on the usefulness of conducting melt flow tests on extruded sheet, prior to secondary (i.e., thermoforming) processes?

A: If you also have tested the raw material, you can then see how much, if at all, the material has degraded in the processing step. Solution viscosities will also show this for PVC, PET and a few others.

Q: How do you control mixing of different polymers?

A: A very big question: Some keywords include screw design, screw flight wear (sometimes helps), static mixers, tighter or more open screen pack, control of screw root temperature, die resistance and selection of concentrate carriers that have much higher flow than the base material.

Q: How does moisture content (or drying material prior to processing) affect the extrusion process and resulting extruded product?

A: That depends on the polymer and additives. Most of the addition polymers (PE, PP, PS, PVC) don’t absorb moisture, but their additives, like fillers and pigments, might. In such cases, anything over around 0.1% H2O by weight will boil off as it leaves the die and create dotted lines or bubbles on the extruded surface. This amount of moisture can be removed through a vent or in a hot-air dryer, best mounted on or right at the extruder. A few addition polymers, notably ABS and acrylics, absorb more than 0.1%, especially in humid areas. In those cases, more aggressive drying may be needed, such as a dehumidifying dryer or sometimes a double vent. With condensation polymers (PET, PC and the nylons), water is driven off in the polymerization reaction, and at melt temperatures the water will attack and break the bond where it came from. The product is then weaker in tensile and impact strength, but no less rigid. These polymers need to be dried to much lower levels (0.01% or less); dehumidifying dryers are common but sometimes a vent is sufficient if extrusion is fast enough (lower residence time at melt temperature) to keep this degradation down to tolerable levels.

Q: What is the best technique for measuring the temperature of the melt, and what are the most common pitfalls affecting temperature-reading reliability?

A: Separate melt temperature probe in the head, well after screens and static mixer if possible; variable depth is best but easily damaged. Also, infrared measurement of emerging extrudate is good if gauge is held firm or fix-mounted. For round products, scan slowly across the product and watch for the highest value. Dual gauge at screw tip is less reliable but better than nothing. Don’t judge from barrel or die metal temperatures, and don’t assume all the mass is at same temperature across the flow path.

Q: Does cracking come from the evils of overheating?

A: If you mean the cracking of a finished part, yes; the extra heat could degrade the plastic, especially on the surface which is exposed to air, and make it more brittle. If you mean environmental stress cracking, maybe, but we’d have to know more about the polymer itself, its molecular weight/melt index, the environment (detergents?) and the stresses on the product.

Q: How can you know if the extruder settings are degrading the effectiveness of additives such as flame retardants?

Q: Why didn't direct drive gearboxless extruders take off? Is it because the energy savings weren't worth it?

A: Current motors do a good job, and directs aren’t clearly superior, neither in terms of price, performance nor energy savings. They have a niche where space needs to be minimized (some co-extrusion), and some OEMS are putting them on new lines even where space isn’t limited.

Q: Is it possible to run profile extrusions with a high melt index (MI) material (above 1)? What characteristics are there to higher melt index materials?

A: The higher MIs have shorter, smaller molecules and are less stiff (lower viscosity) as melts, but that depends on temperature so they would be run cooler than lower MIs. A MI of 1 isn’t very high and it should be possible to run most profiles. Pay attention to the distance between the die and first cooling, as you may have to change this to avoid too much sag in that space. You may want to spray or drip cooling water on the emerging plastic in this space, as well as in the cooling devices. I can’t say more without knowing more about the profile and resin type.

Q: Some European extruders turn the screw considerably faster than traditional single-screw extruders, do you see this as an improvement, i.e. more output from a given barrel size?

A: I’m less concerned with barrel size or rpm, but more with cost per unit output of equal quality (mixing, strength) and ability to keep temperatures under control. Higher speed means a hotter melt, but also less time at high temperature, which may or may not compensate. Speed for speed’s sake is like new for new’s sake, and often distracts from responsible cost analysis.

Q: Are there special conditions to processing polyamides, polylactide, or other polymers to help stave off degradation? For example, which resins need to be dried? Which need to be run in the absence of oxygen?

A: For condensation polymers like your examples, water will attack and break the bonds between the monomers at melt temperatures. The product is then weaker in tensile and impact, but no less rigid. These polymers need to be dried to very low levels; dehumidifying dryers are common but sometimes a vent is sufficient if extrusion is fast enough (lower residence time at melt temperature) to keep degradation at tolerable levels.

Polyamides are a little different, as they absorb a lot of moisture, but it also acts as a plasticizer, so you can dry too much, get higher viscosity and, thus generate more heat in the screw. There is an optimum drying level, not just “as dry as possible.”

As for oxygen, it can cause discoloration and degradation, but there is no oxygen inside the extruder except the air between the particles, which are normally too cool to react. A few film lines run under nitrogen eliminate even this chance of oxidation. Bigger worries about oxidation relate to surface temperature on leaving the die—hotter means better print adhesion but slower heat-sealing and possible odor/taste effects.

Q: Can you tell us more about shear thinning?

A: The faster a melt moves relative to the barrel or die walls, the thinner it gets (less force to push a given amount = lower viscosity). This is especially useful for high-viscosity melts like PVC, ABS and low-MI PE, and means they can be run with lower melt temperatures, or generate less heat in the extruder, or some of both. The amount of shear thinning can be expressed by the power-law exponent, relating push to flow. With an exponent of 2, double the push gives 4 times the flow (2 squared = 4). With an exponent of 3, double the push = 8 times the flow (2 cubed = 8).

Q: What is best way to optimize the feed temperature?

A: Use a hot-air drying hopper if available, even if no drying is needed. Find the appropriate feed temperature by trial and success. The actual temperature may not make much difference, as consistency matters most.